Taking the opportunity to one up each other, Uddhav Thackeray and Eknath Shinde used the Dussehra rallies as a show of strength.

Shiv Sena rivals Uddhav Thackeray and Eknath Shinde took forward their battle for the party on Wednesday as they slammed each other at separate Dussehra rallies in Mumbai. The two leaders, engaged in a bitter tussle over Shiv Sena and its symbol, held two different rallies at Shivaji Park and MMRDA ground with their supportes in attendance.

Taking the opportunity to one up each other, the two leaders used the Dussehra rallies as a show of strength. Addressing the huge crowd present at the iconic Shivaji Park ground, Thackeray said, "I allied with Congress and NCP to teach a lesson to BJP which backstabbed me."

This Time Ravana Is Different: Uddhav

In an apparent dig at Shinde and the rebel MLAs, Thackeray said, "As per our yearly tradition, there will be a 'Ravana Dahan' ceremony, but the Ravana of this year is different. With time, Ravana also changes. He used to be 10-headed till now...how many heads does he have now? He is 50 times more betraying."

"The only thing I feel bad and angry about is that when I was admitted to the hospital, the people whom I gave the responsibility (of the state) became 'Katappa' and betrayed us. They were cutting me and thinking that I will never return from hospital," he said. 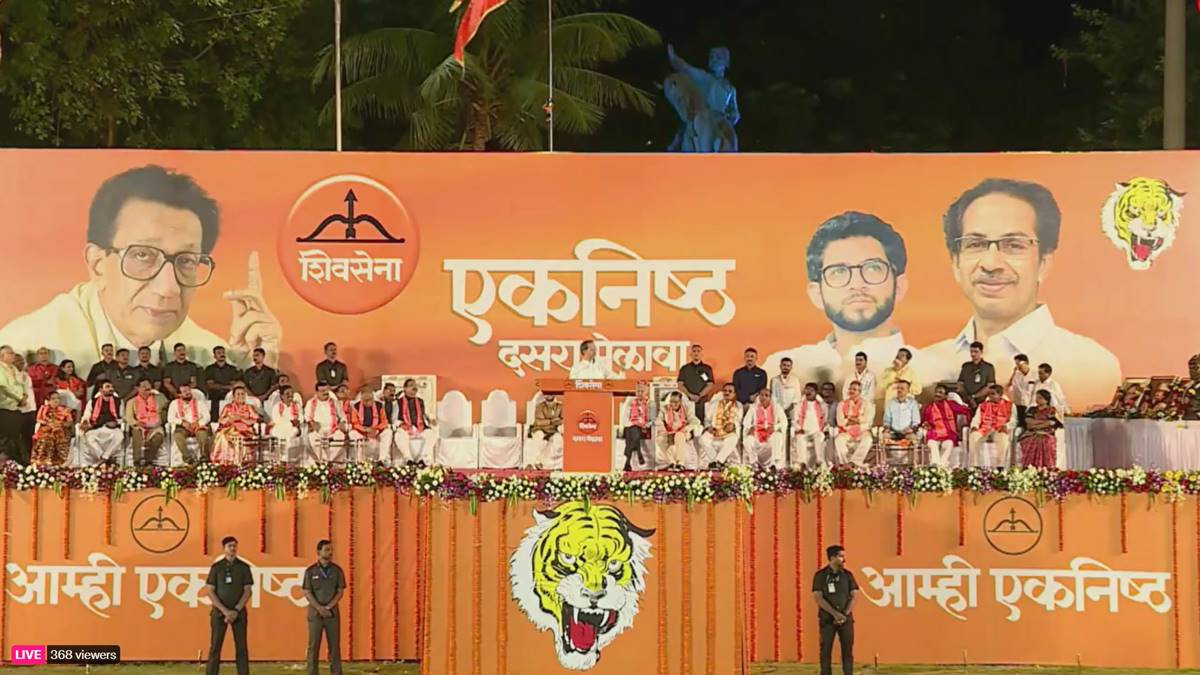 Appealing to the mass sentiments, the ousted Maharashtra chief minister said, "Those whom we gave everything have betrayed us and those who were not given anything, are all together. This Sena is not of one or two but of all of you. As long as you are with me, I will be the leader of the party."

Meanwhile, Maharashtra Chief Minister Eknath Shinde paid his tribute to Balasaheb Thackeray's chair in a massive event held at the sprawling MMRDA ground. 'Shashtr pooja' was also performed on the 51-feet sword for which a Mahant was called from Ayodha in UP.

Balasaheb Thackeray's son Jaidev Thackeray joined Shinde to show his support as the two shared the stage. "Don’t leave Eknath Shinde alone. He is working for the farmers and commoners," said Jaidev. 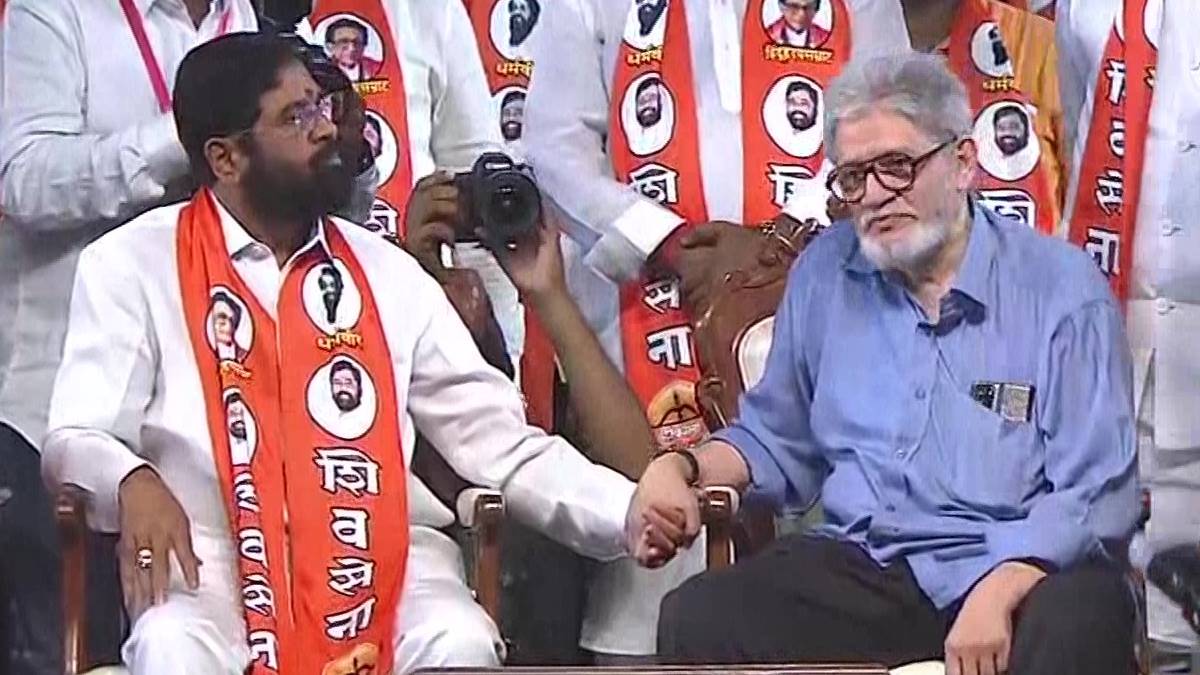 Targeting Uddhav Thackeray, Shinde faction leader Ramdas Kadam said, "Even your brother, cousins or Raj Thackeray are not with you Uddhav ji, if you cannot even keep your family intact, how will you keep the state intact?"