SCO Summit 2021: In his address, PM Modi expressed concerns over the situation in Afghanistan and said that the SCO should work to develop strong network among moderate, tolerant and inclusive institutions and traditions associated with Islam.

Dushanbe (Tajikistan) | Jagran News Desk: Prime Minister Narendra Modi on Friday virtually addressed the annual summit of the Shanghai Cooperation Organisation (SCO) in Tajikistan's Dushanbe. In his address, PM Modi expressed concerns over the situation in Afghanistan and said that the SCO should work to develop strong network among moderate, tolerant and inclusive institutions and traditions associated with Islam.

Ahead of the SCO Summit, External Affairs Minister (EAM) Dr S Jaishankar met his counterparts from Iran, Armenia and Uzbekistan and discussed the Afghanistan situation. Later in the day, Jaishankar will attend a meeting on Afghanistan with the heads of state of SCO and the Collective Security Treaty Organisation.

12:22 hours: Any connectivity initiative cannot be one-way. To ensure mutual trust, connectivity projects should be consultative, transparent and participatory. There should be respect for the territorial integrity of all countries, says PM Modi.

Also Read
Cabinet Approves Extension Of PMAY-U 'Housing For All' Scheme Till..

12:10 hours: We must encourage our talented youngsters towards science and rational thinking. We can bring our startups and entrepreneurs together to make the innovative spirit towards making India a stakeholder in an emerging technology, says PM Modi.

12:07 hours: India is committed to increasing its connectivity with Central Asia. We believe that landlocked Central Asian countries can benefit immensely by connecting with India's vast market, says PM Modi.

12:06 hours: 20th anniversary of SCO is right time to think about future of SCO. The biggest challenges in this area are related to-peace, security and trust deficit and root cause of these problems is increasing radicalisation. Recent developments in Afghanistan have made this challenge clear, PM Modi says.

12:05 hours: This year we are celebrating the 20th anniversary of SCO. I welcome Iran as a new member country of the SCO. I also welcome the three new dialogue partners - Saudi Arabia, Egypt and Qatar, says PM Modi. 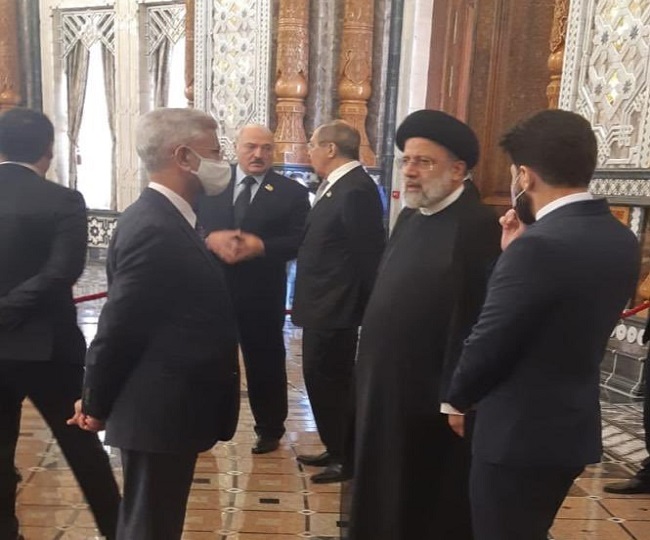 12:00 hours: Union Minister Piyush Goyal participated in two day-long G20 Sherpas’ meeting on 15-16 September, virtually. The agenda of the meeting was to discuss and exchange views on the Draft Rome Declaration, which would be adopted by G20 Leaders at the Rome Summit on 30-31 October 2021, says Ministry of External Affairs.

The main themes of the Declaration were health and recovery from the COVID-19 pandemic, sustainable development, environment, climate and energy, gender equality, education, labour, employment, tourism, culture and digital economy, it added.

"A useful discussion on contemporary issues, including Afghanistan," he says. 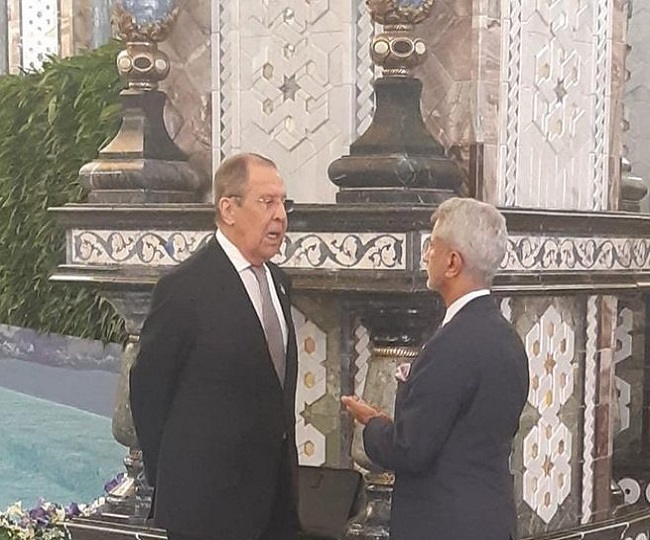 11:21 hours: Earlier, a Times of India report claimed that PM Modi won't name Taliban in address at the SCO Summit.

10:41 hours: The 21st meeting of the SCO Council of Heads of State will be held on September 17 in Dushanbe in a hybrid format. The meeting will be chaired by the President of Tajikistan Emomali Rahmon. Prime Minister Narendra Modi will lead the Indian delegation and address the plenary session of the summit via video-link, said the MEA earlier.

10:00 hours: Later in the day, Jaishankar will attend a meeting on Afghanistan with the heads of state of SCO and the Collective Security Treaty Organisation.

9:35 hours: The 3rd round of Foreign Office Consultation (FOC) between India and Costa Rica was held in San Jose yesterday. Both sides reviewed the entire gamut of the bilateral relationship and expressed satisfaction at the progress made so far, says Ministry of External Affairs.

They agreed to strengthen cooperation in trade and investment, health and pharma, Science and Technology and development partnership. The Costa Rican side agreed to consider easing of visa process for Indian professionals and their family members, it said.

9:15 hours: Earlier in the day, Jaishankar met Chinese Foreign Minister Wang Yi and discussed the situation along the Line of Actual Control (LAC) in Eastern Ladakh.

The EAM conveyed that India had never subscribed to any clash of civilisations theory. He said that India and China had to deal with each other on merits and establish a relationship based on mutual respect. For this, it was necessary that China avoid viewing our bilateral relations from the perspective of its relations with third countries, said the MEA.

9:00 hours: Ahead of the SCO Summit, External Affairs Minister (EAM) Dr S Jaishankar met his counterparts from Iran, Armenia and Uzbekistan and discussed the Afghanistan situation.

8:25 hours: India, since Taliban captured Kabul, has always maintained that Afghan soil must not be used for terrorism against any other country.

8:10 hours: In his address, PM Modi is expected to raise the Afghanistan issue and humanitarian crisis that has emerged there since the Taliban captured Kabul.

8:00 hours: The annual summit of the Shanghai Cooperation Organisation (SCO) will take place on Friday in Tajikistan's Dushanbe.