The special trains will run for destinations such as Kolkata, Patna, Varanasi, Lucknow among others to cater to the growing demand in the ensuing holiday period.

The special trains will be run for destinations such as Kolkata, Patna, Varanasi, Lucknow among others to cater to the growing demand in the ensuing holiday period of Durga Puja, Dussehra, Diwali and Chhatt Puja.

Here is the complete list of festival special trains which will be running between October 20 and November 30: 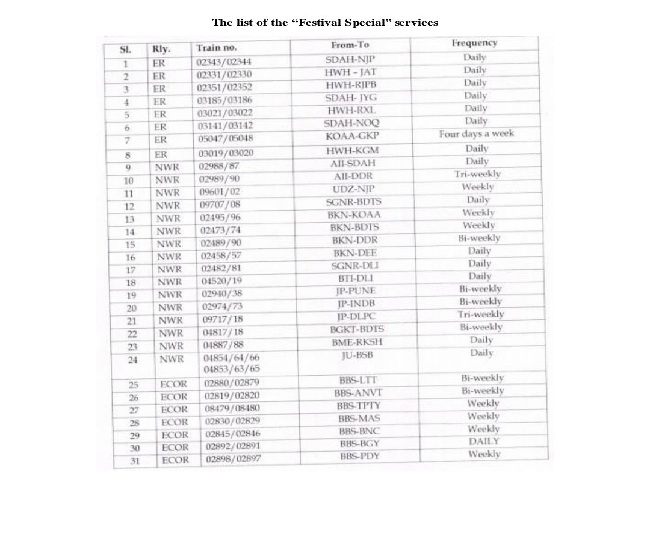 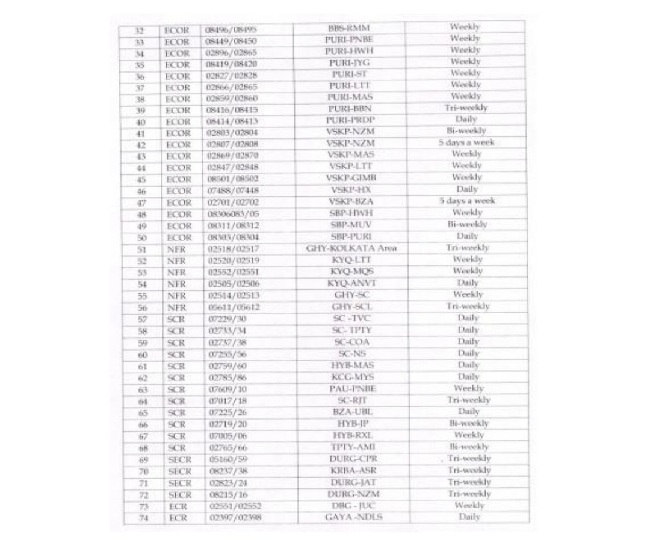 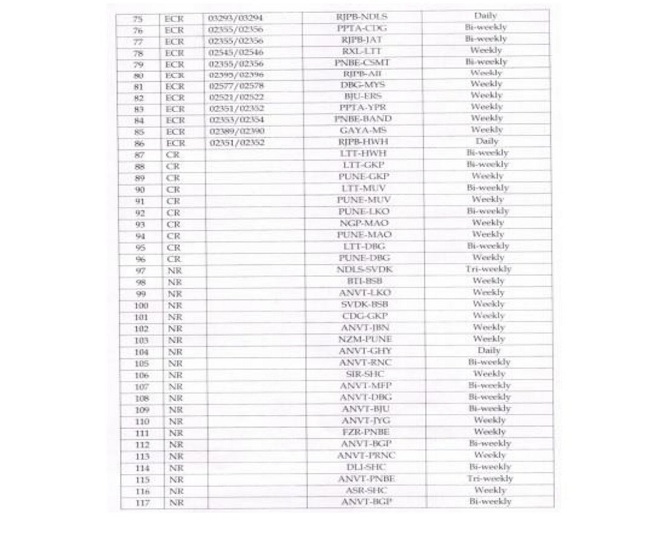 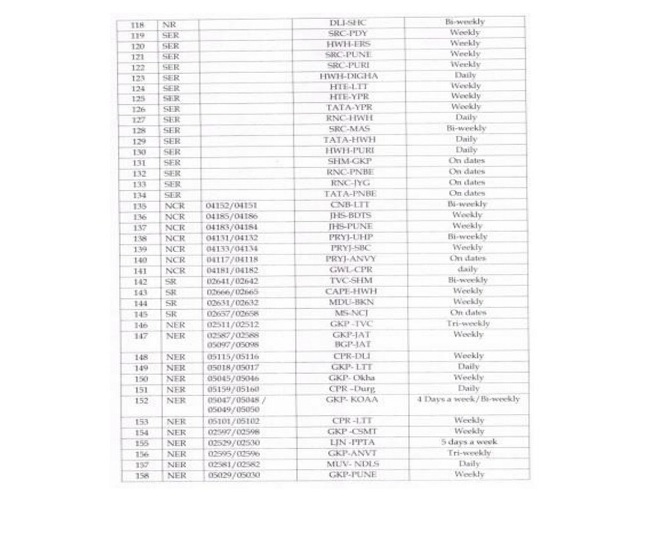 Till now, the railways has pressed into service more than 300 mail/express trains which are now running regularly across the country. These new festival special trains, however, will operate only till November 30 and will not have a continued run, officials said.

In an order issued on Tuesday, the Railway Board said these festival special trains will be operated at a speed of 55 kmph and the fares applicable will be those of special trains.

The Railways had suspended its regular train services on March 22 in wake of the COVID-19 pandemic and the consequential nationwide lockdown imposed back then. However, it has been operating special trains since May as per demand and necessity.

It started operations of 15 pairs of premium Rajdhani special trains connecting Delhi with different parts of the country on May 12, and 100 pairs of long-distance trains on June 1. It also started 80 trains additionally on September 12.

Also Read
Coronavirus testing in UP now at just Rs 600, know where and how you can..