Srinagar | Jagran News Desk: In his first visit to Jammu and Kashmir post abrogation of Article 370, Prime Minister Narendra Modi on Sunday recounted the steps taken by his government to improve grassroot democracy in the union territory (UT), saying this year's Panchayati Raj Day, which was celebrated in J-K, marks a big change. Inaugurating multiple projects worth Rs 20,000 crore, PM Modi urged youths of the UT to believe him as he promised to improve their lives in Jammu and Kashmir.

Ahead of PM Modi's visit, security has been hightened across the union territory (UT) and a red alert has been sounded. Officials have said additional joint security check points with reinforcements have been set up at multiple places "to scuttle any attempt by the terrorists to carry out any attack".

Here are the highlights from PM Modi's Jammu and Kashmir visit:

13:20 hours: When I speak about 'Ek Bharat, Shreshtha Bharat', our focus is on connectivity and bridging distances. Our aim is to provide all-weather connectivity to Jammu and Kashmir, says PM Modi.

13:08 hours: This year's Panchayati Raj Day, being celebrated in Jammu and Kashmir marks a big change. It is a matter of great pride that when democracy has reached the grassroot level in Jammu and Kashmir, I am interacting with you all from here, says PM Modi.

13:04 hours: With the inauguration of a 500 KW solar power plant at Palli in Samba District, it is moving towards becoming the country’s first panchayat to become carbon neutral... The people of Palli have demonstrated what 'Sabka prayas' can do, says PM Modi.

13:00 hours: I am here with a message of development. To give speed to development in Jammu and Kashmir, projects worth over Rs 20,000 crore have been inaugurated today, says PM Modi.

12:37 hours: PM Modi has given a new industrial scheme in Jammu and Kashmir. Since independence till now there was just Rs 15,000 crore investment, now we've proposal of Rs 52,000 crore while projects of Rs 38,000 crore will be inaugurated by the PM. We expect investment to cross Rs 70,000 crore, says L-G Manoj Sinha. 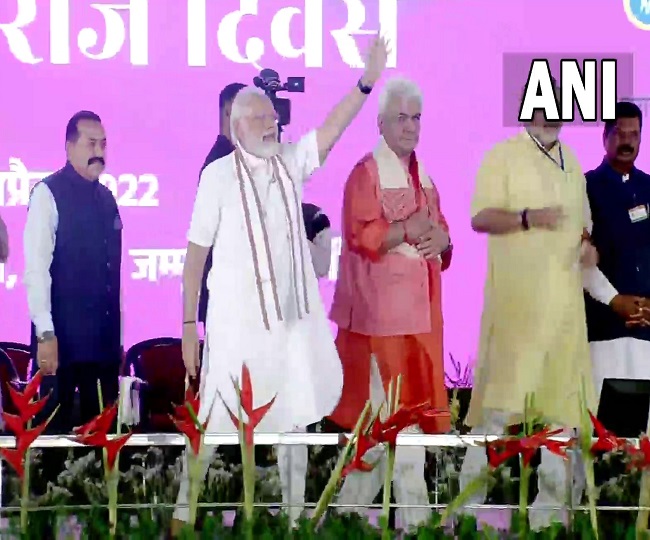 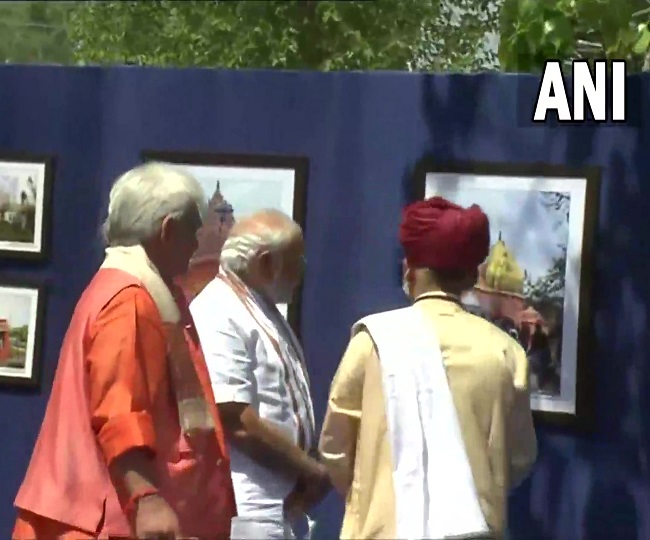 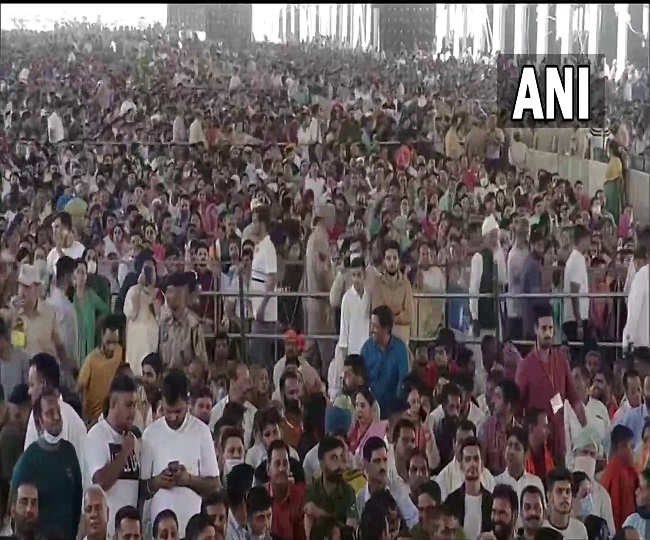 11:29 hours: It's specified in our scriptures that water is basic necessity of every creature, it's an important natural resource. In Valmiki Ramayan, water preservation was emphasised. During Harappan civilisation, there was advanced engineering for saving water, says PM Modi.

11:17 hours: People are donating many items to museums, and are adding to the cultural heritage of India. Amid the COVID pandemic, the focus on the digitisation of museums has increased. Young people must visit museums with their friends in upcoming vacations, says PM Modi.

11:05 hours: On this 14th April, the birth anniversary of Babasaheb Ambedkar, the Pradhanmantri Sangrahalaya was dedicated to the nation, says PM Modi.

10:25 hours: Today, PM Modi will also inaugurate the Banihal Qazigund Road Tunnel, built at a cost of over Rs 3100 crore. "The 8.45 Km long tunnel would reduce the road distance between Banihal and Qazigund by 16 km, and reduce journey time by around one and a half hour," said the PMO in a release.

9:45 hours: Best wishes to you all on National Panchayati Raj Day. Panchayats are the basic pillar of Indian democracy, in whose strength lies the prosperity of the new India. Let us take a pledge to further empower our panchayats to build a self-reliant India, says PM Modi said in a tweet in Hindi.

9:31 hours: The Jammu and Kashmir police suspects that the blast in the Lalian village was caused by a lightning strike or a meteorite. However, they have launched a probe.

9:10 hours: Security checks are underway at the venue in Palli village. 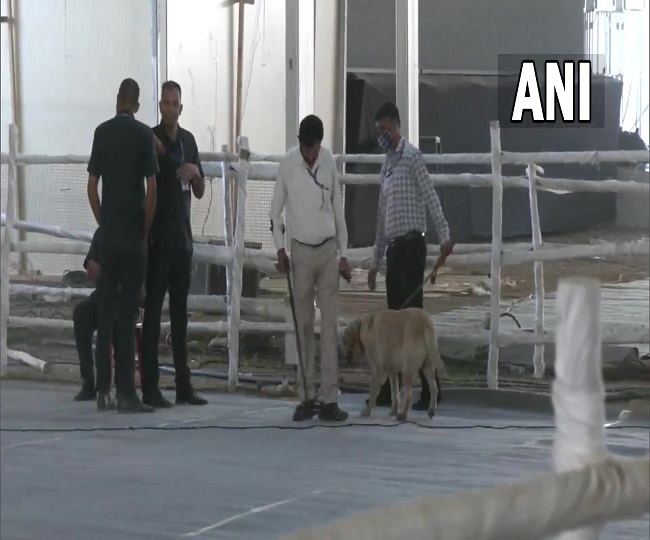 8:33 hours: I am eager to inaugurate the Amrit Sarovar initiative which marks a special moment in the collective endeavours to rejuvenate our water bodies and conserve every drop of water. Under this initiative, 75 water bodies will be developed and rejuvenated in each district, PM Modi tweeted earlier.

8:15 hours: PM Modi will also launch a new initiative named Amrit Sarovar. It is aimed at developing and rejuvenating 75 water bodies in each district of the country.

7:58 hours: PM Modi, who will visit the Samba district, will also launch the Amrit Sarovar initiative. Later in the day, he will attend the Master Deenanath Mangeshkar Awards Ceremony in Mumbai.

7:49 hours: PM Modi will participate in the celebration of National Panchayati Raj Day in Jammu and Kashmir's Samba district at around 11.30 am today. He will also address the event and inaugurate multiple projects worth Rs 20,000 crore in the UT.

PLT IN SECOND = 0.003062567
Jagran English brings you all the latest and breaking news from India and around the world. Get live English news from India, World, Politics, Entertainment, Lifestyle, Business, Education, Sports, Technology, and much more. Follow english.jagran.com to stay updated with the latest English news.
Copyright © 2022 Jagran Prakashan Limited.