Padma Awards 2020: From Oinam Bembem Devi to Rahibai Soma Popere, awardees who left a mark with their impressive work

New Delhi | Jagran News Desk: Padma Awards are the highest civilian awards in India and is annually announced on the eve of Republic Day. The Padma award is divided into three categories-Padma Vibhushan, Padma Bhushan and Padma Shri. However, last year, the government was not able to confer people due to the outbreak of the COVID-19 pandemic. So this year, the government organised a ceremony in four sessions at Rashtrapati Bhavan. One was held on November 8, and another will be held today, November 9, 2021.

Here we have brought you a complete list of awardees who left a mark in the minds of citizens by winning the Padma Awards.

Also Read
Himachal Pradesh first in India to jab all eligible adults with both doses.. 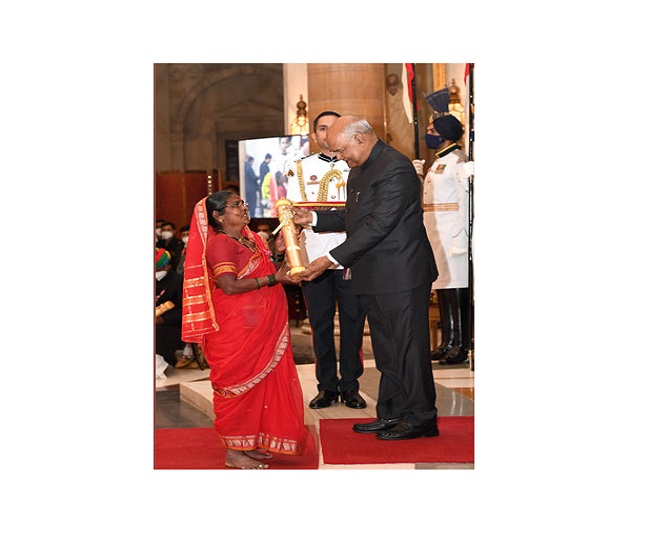 A tribal farmer popularly known as 'Seed Mother', she was conferred with the Padma Shri Award in the field of agriculture. She hails from Mahadeo Koli, a tribal community from Ahmednagar district of Maharashtra, and helps other farmers return to native varieties of crops, preparing hyacinth beans for self-help groups. 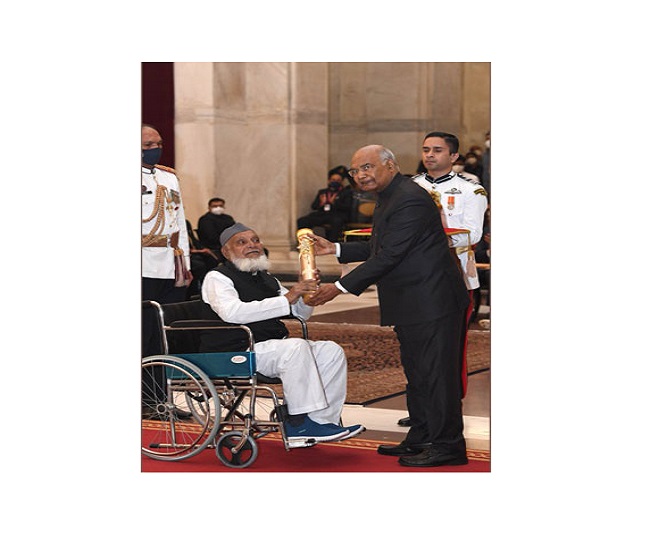 Shareef, a social worker, received Padma Shri Award from President Ram Nath Kovind for the good cause he is doing. He is known for performing the last rites of unclaimed dead bodies of all religions with full dignity. 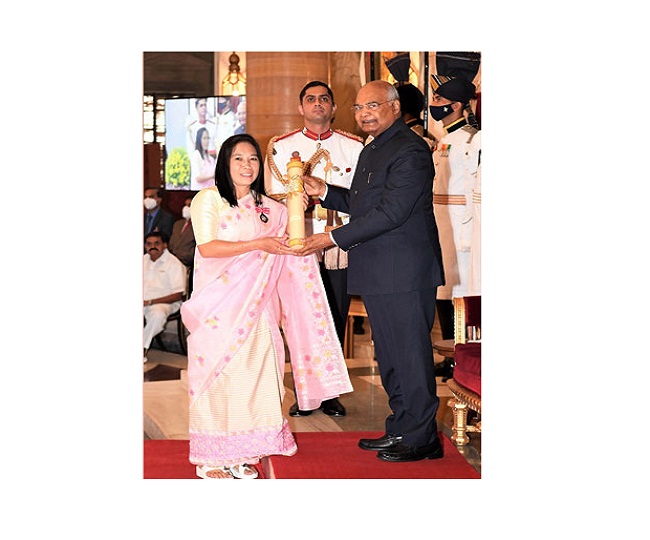 Popularly known as 'Durga of Indian Football' became the first Indian woman footballer to receive Padma Shri Award. In 2017, she was honoured with Arjuna Award and is currently involved in spreading awareness about Women's football in India. Popularly known as the 'Encyclopedia of forest' received Padma Shri awards from President Ram Nath Kovind. Hailing from Honnali village in Karnatak, she is known for planting more than 30,000 saplings and taking care of nurseries of the forest department. Not just this, she is also involved in environmental conservation activities for the past six decades. 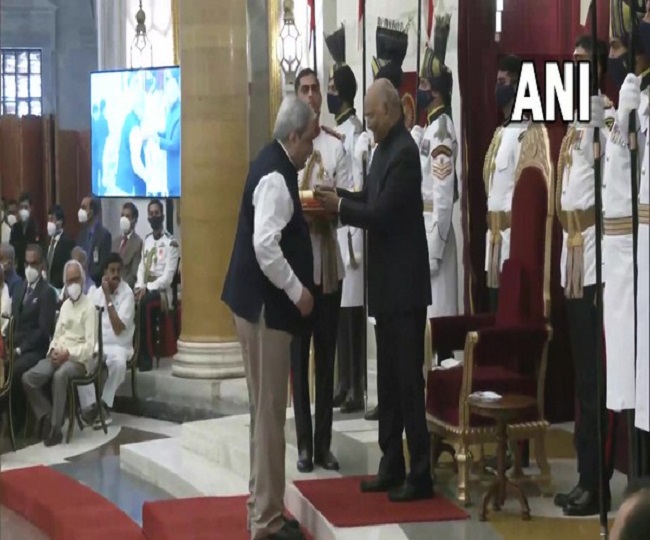 Former Scientist at Indian Council of Medical Research (ICMR), was conferred with Padma Shri Awards. The leading Indian epidemiologist is now a member of the World Health Organisation (WHO) expert group tasked with probing the origins of COVID-19. 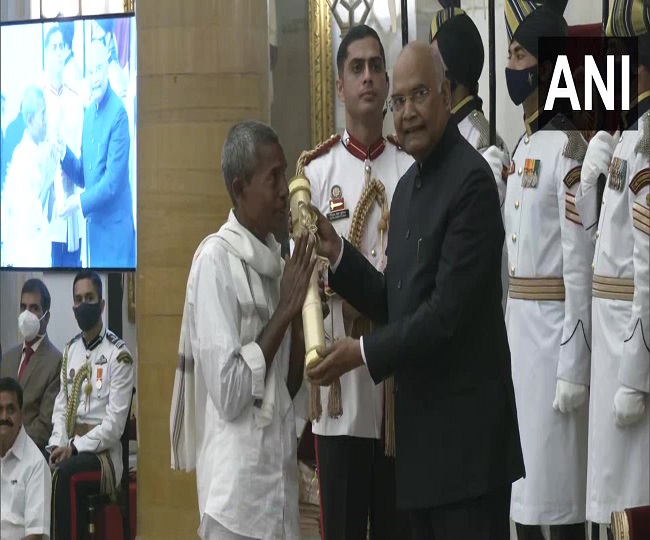 An orange seller from Mangalore, Karnataka, received Padma Shri Award for making contributions to the education sector. He saved money from his vendor business and built a high school in his village. 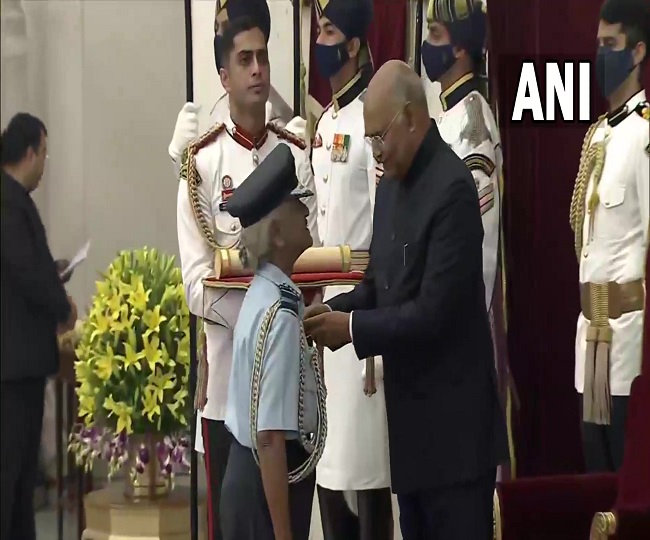 The first woman Air Marshal was conferred with the Padma Shri Award from President Ram Nath Kovind in the field of medicine. She is a decorated former flight surgeon of the Indian Air Force and the second woman to be promoted to a three-star rank. 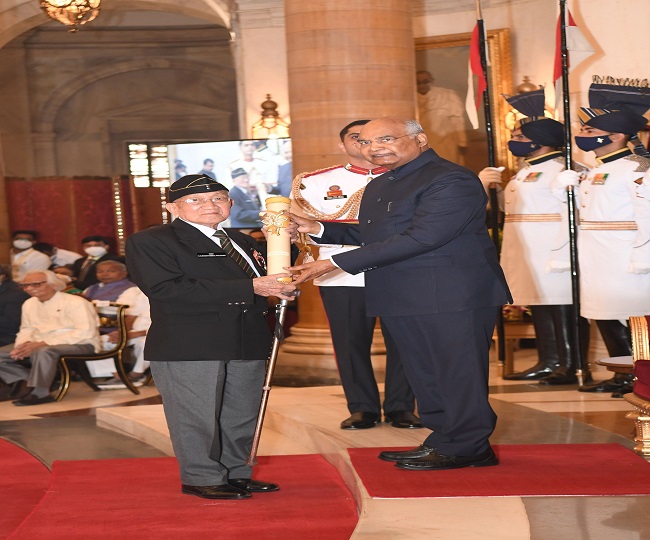 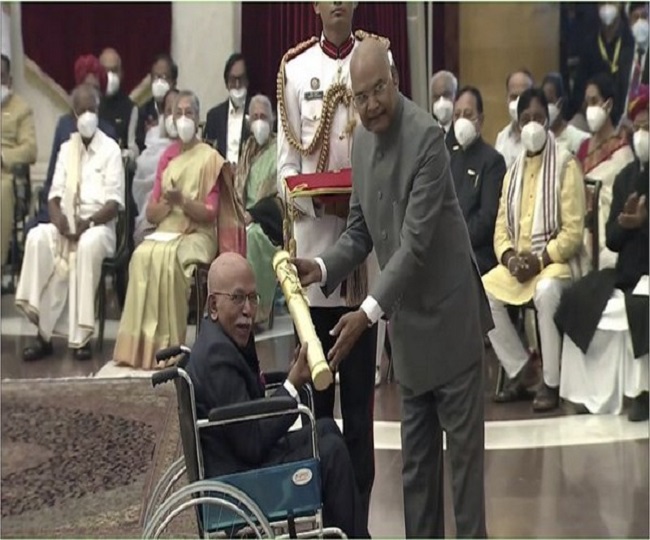 Veteran doctor and educationist received Padma Vibhushan on Tuesday by President Ram Nath Kovind. He has authored several books on medical practice and ethics. Earlier, in 2010, he was awarded Padma Bhushan, the third-highest civilian award. 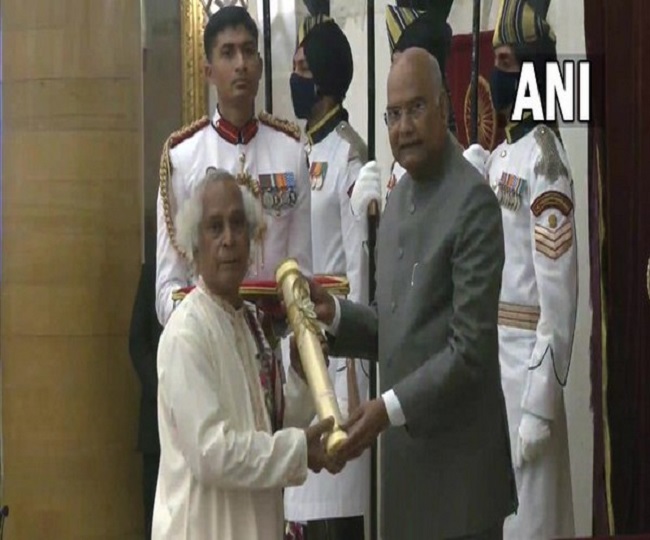 Veteran sculptor Sahoo received Padma Vibhushan by President Ram Nath Kovind for his contributions to art. He is an artist from Odisha and has earlier been honoured with Padma Shri and Dharmapada awards.