Chennai | Jagran News Desk: Prime Minister Narendra Modi and Chinese President Xi Jinping on Friday met for the second informal meet at Mamallapuram in Tamil Nadu. PM Modi took Jinping on a temple tour of Mahabalipuram, starting with Arjuna's Penance where he first received the visiting dignitary. It was followed by a tour to Panch Rathas, with the Shore Temple next on the itinerary.

The first informal summit between the two leaders was held in China’s Wuhan last year. The Wuhan summit was a huge success and the Indian Prime Minister had invited Xi to India for a reprise.

The timing of this meeting is significant as it comes against the backdrop of a heated exchange of words between the two countries over Jammu and Kashmir after India revoked the special status of the state. China, on multiple times, has supported Pakistan on the issue.

Most recently, Jinping -- in his meeting with Pakistan PM Imran Khan -- said that “he was watching the situation in Jammu and Kashmir and would support Pakistan in issues related to its core interests”.

A joint statement was also released after Jinping’s meeting with Khan which declared that the “Kashmir issue is a dispute left from history, and should be properly and peacefully resolved based on the UN Charter”.

However, India retorted to Jinping's remark on Kashmir and said that its “not for other countries to comment on New Delhi’s internal affairs”.

Though the informal summit is aimed at exchanging ideas, it is expected that the two leaders will agree on new security measures along the Line of Actual Control (LAC) and will discuss improving the bilateral relations between the two sides. 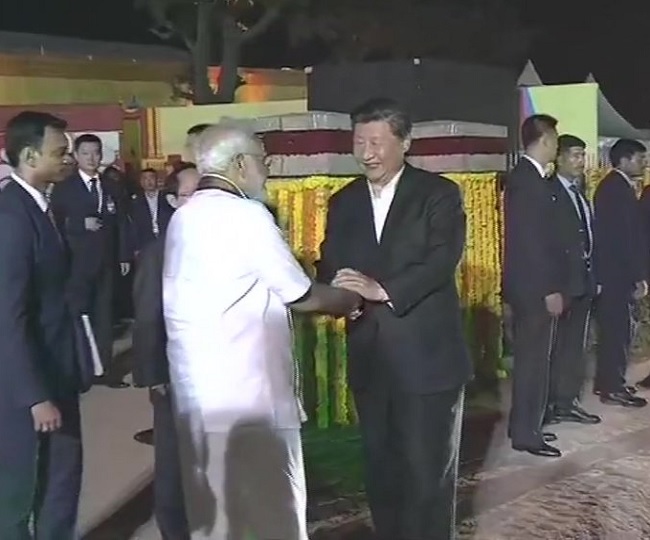 19:30 pm: Following the conclusion of the cultural program, Prime Minister Narendra Modi and Chinese President Xi Jinping have proceeded for dinner which is to be hosted by Modi. After the dinner, Jinping will leave for the ITC Grand Chola Hotel in Chennai while Modi will proceed to Taj Fisherman’s Cover Resort and Spa at Kovalam, near Chennai 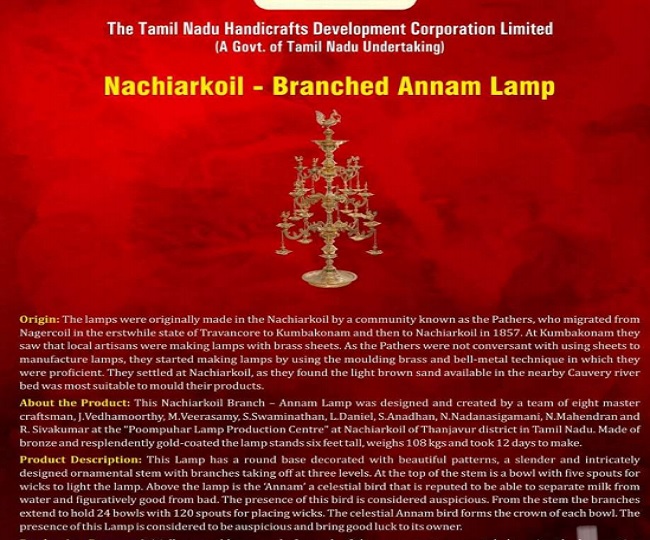 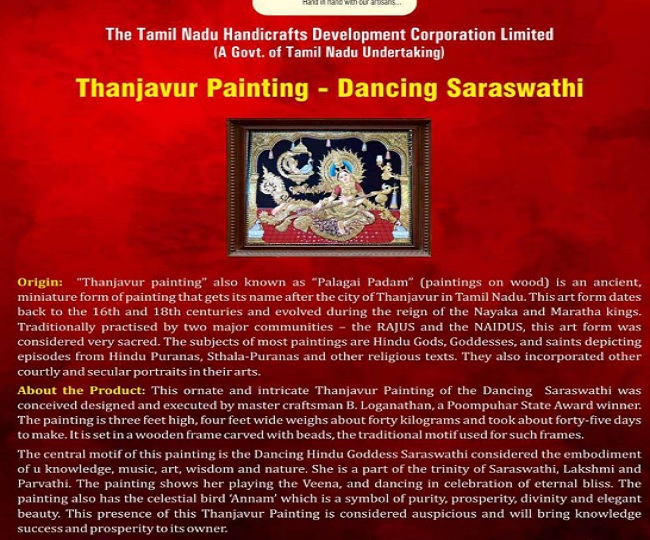 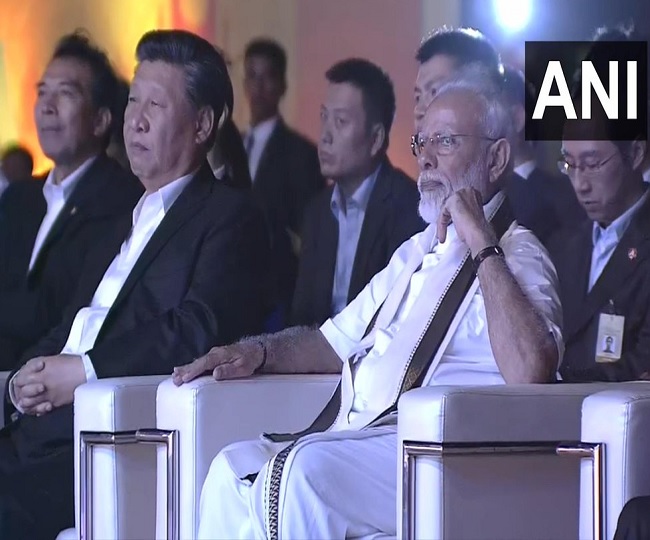 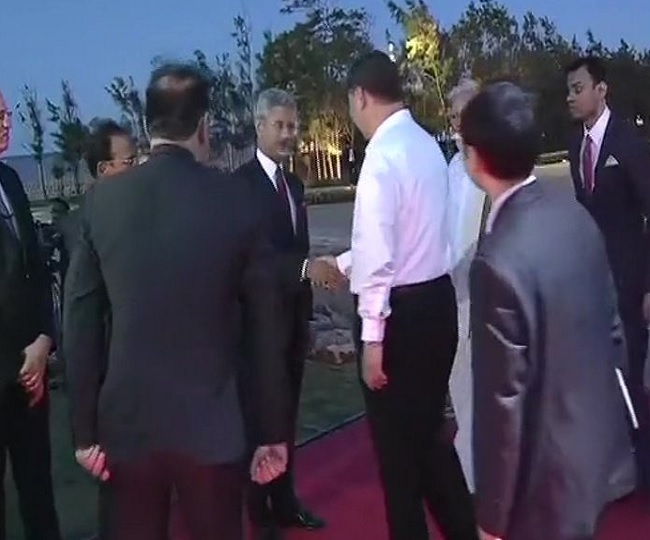 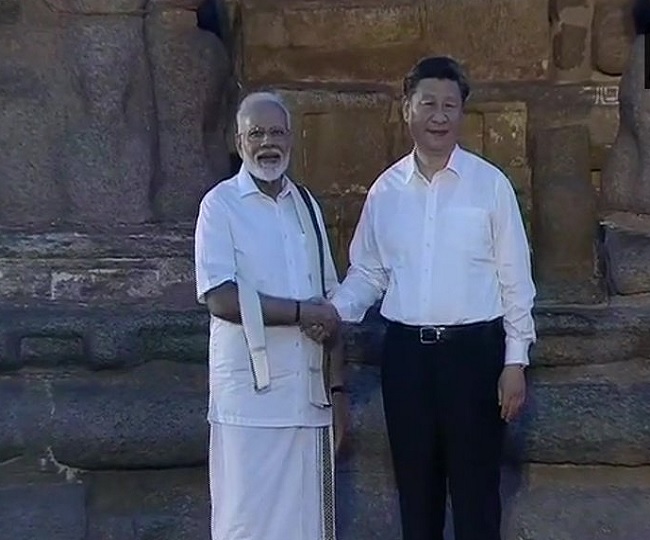 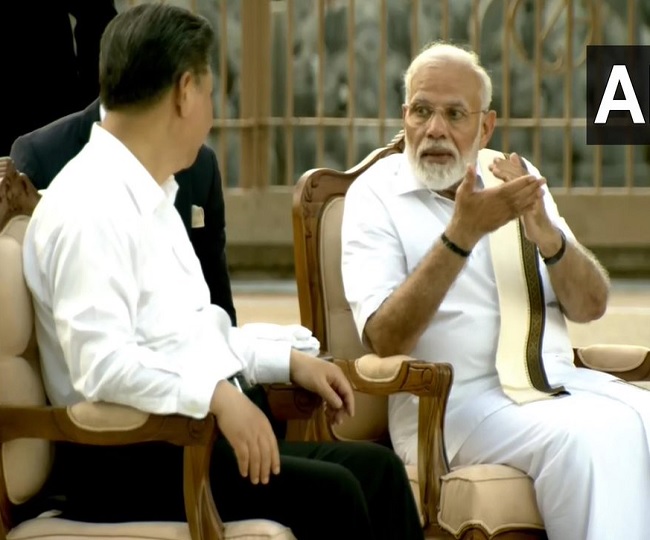 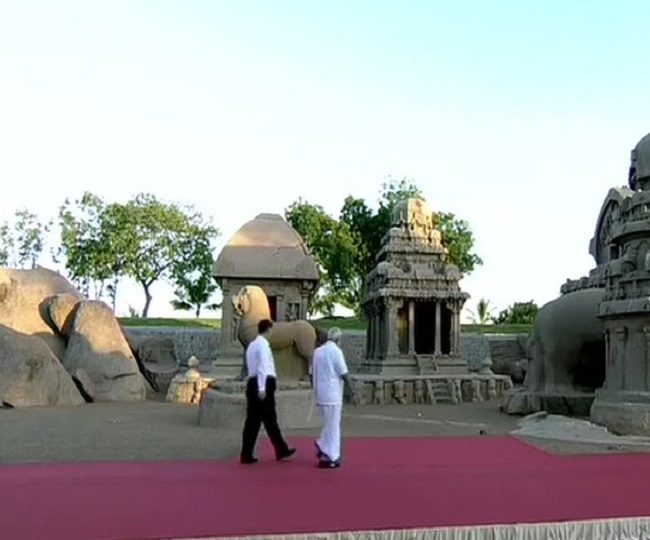 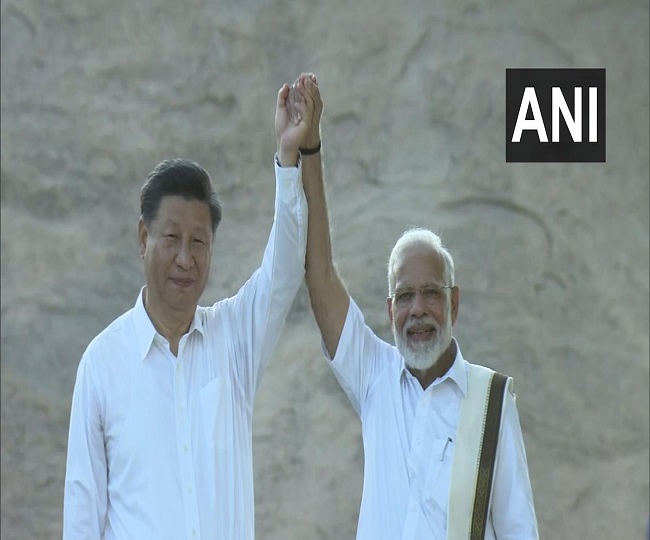 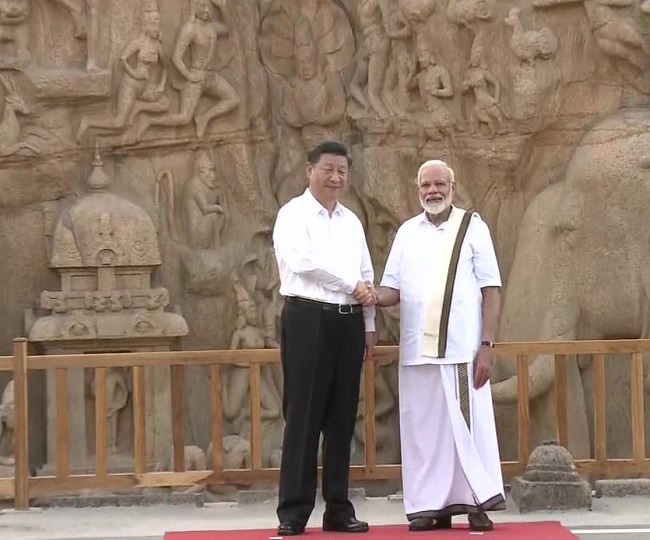 16:51 pm: Prime Minister Narendra Modi on his way to Mahabalipuram. 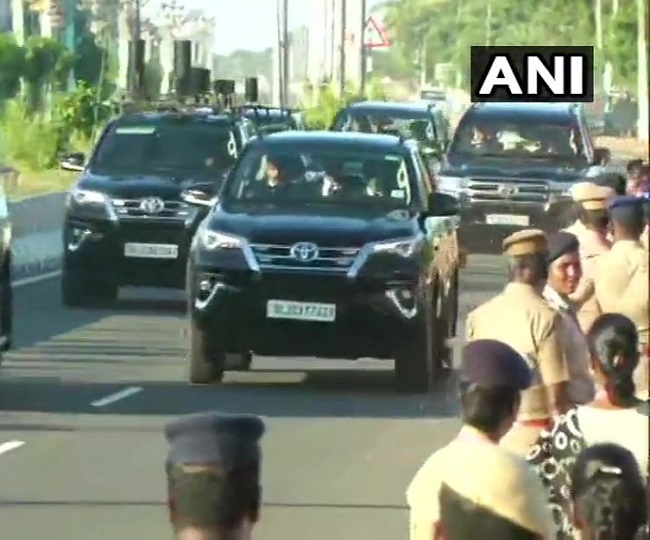 16:30 pm: Security has been heightened across Chennai and Mamallapuram. Normal traffic in the city has also been diverted at many places in a bid to ensure safety 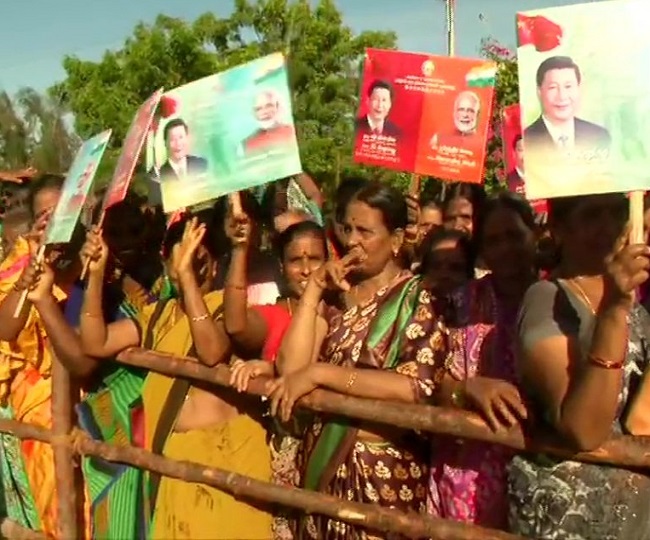 15:33 pm: A cultural programme will be held on Friday evening by students of dance group Kalakshetra in the honour of Chinese President Xi Jinping who arrived in Chennai to initiate a two-day informal summit with PM Modi in the coastal city of Mamallapuram

15:08 pm: Xi will leave for Mamallapuram, about 60 km from Chennai, at about 4 pm from his ITC Grand Chola

13:53 pm: The cultural performance has been put together by India’s prominent cultural group-Kalakshetra, which was set up by Classical dancer and activist Rukmini Devi Arundale in 1936.

13:34 pm: China, which is known as an all-weather ally of Pakistan, has backed them over the Kashmir issue, with its Foreign Minister Wang Yi in his address to the UN General Assembly saying, “No actions that would unilaterally change the status quo should be taken.”

However, ahead of the meet between PM Modi and Jinping, China changed its tune and said India and Pakistan should resolve the issue bilaterally. 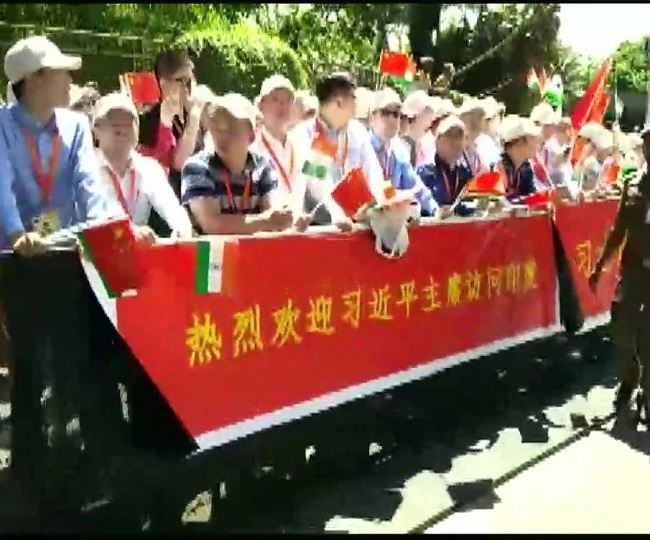 13:00 pm: "The forthcoming Chennai Informal Summit will provide the two leaders with an opportunity to continue their discussions on overarching issues of bilateral, regional and global importance, and exchange views on deepening India-China Closer Development Partnership," the government had said earlier in a statement.

I am happy to be in the great land of Tamil Nadu, known for its wonderful culture and hospitality.

It is gladdening that Tamil Nadu will host President Xi Jinping. May this Informal Summit further strengthen ties between India and China. pic.twitter.com/IvsTnoGVdW

12:01 pm: PM Modi reaches Thiruvidanthai village near Kovalam town, where he was received by Tamil Nadu Minister K Pandiarajan. From here, he would go to his hotel - Taj Fisherman's Cove Resort. 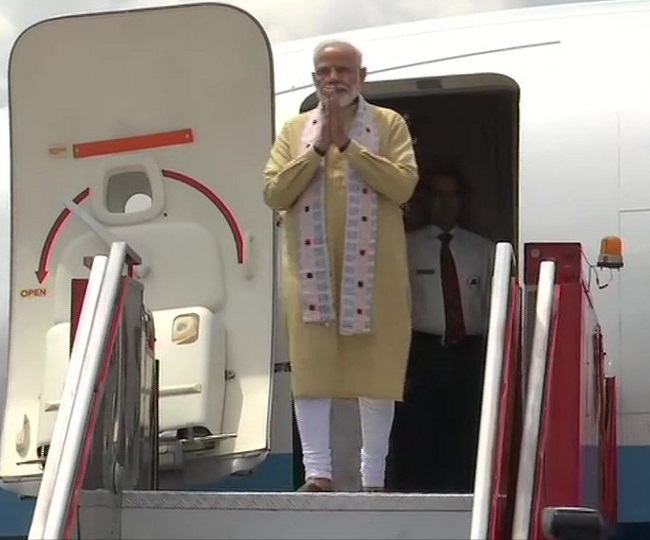 10:49 am: President of China, Xi Jinping will arrive at ITC Grand Chola Hotel in Chennai after his arrival at Chennai International Airport.

9:55 am: In the meeting with Xi Jinping, PM Modi is expected to raise the issue of trade deficit between India and China in the discussions.

9:37 am: Cleanliness drive going on in Mahabalipuram. 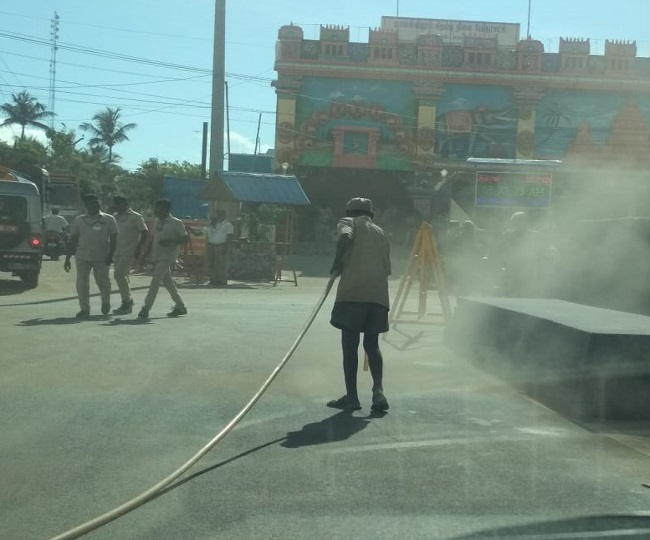 9:23 am: Chenda Melam (traditional orchestra of Kerala) performers arrive outside Chennai International Airport to welcome the President of China, Xi Jinping, ahead of his arrival today. 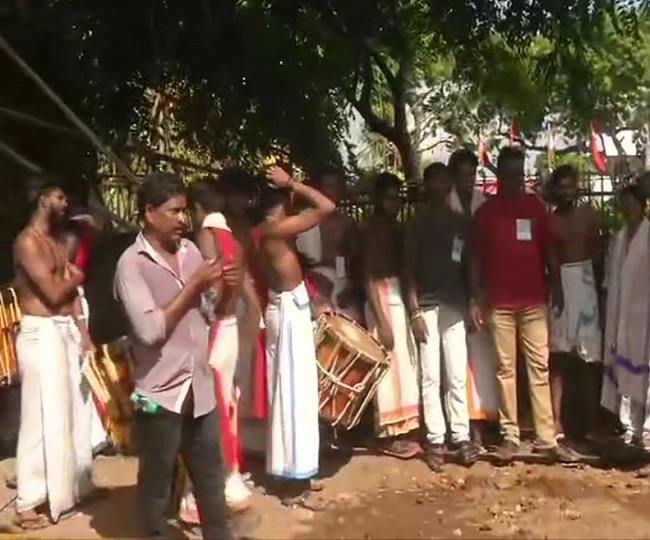 9:09 am: Chennai International Airport all decked up ahead of the arrival of President of China, Xi Jinping. 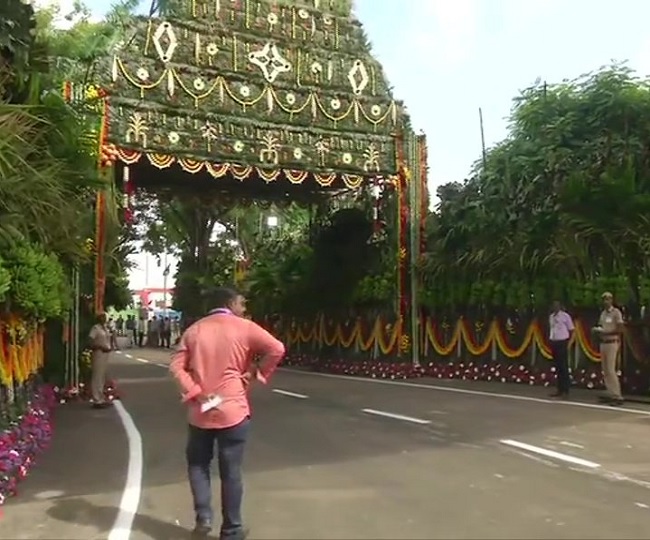 8:55 am: The 2nd informal meeting between PM Narendra Modi and Chinese President Xi Jinping to begin in Mamallapuram today. Indian Navy and Indian Coast Guard have deployed warships, at some distance from the shore in Mamallapuram, to provide security from any seaborne threat.