Mumbai Weather updates: The cyclonic storm is likely to impact the coastal districts of Raigad, Mumbai, Thane, and Palghar in Maharashtra.

In view of cyclone, prohibitory issues have been issued restricting any presence or movement in public places. The orders will remain in effect till 12 noon. NDRF Director General SN Pradhan has said that 10 teams have been deployed in Maharashtra.

Here are the Highlights:

3:07 pm: Till 19:00 hrs, no take-off or landings would take place at the airport due to #CycloneNisarga: Chhatrapati Shivaji Maharaj International Airport, Mumbai

2:40 pm: The rear part of the wall cloud region is still over the sea and the landfall process will be completed in one hour. Its current intensity near the centre is 90-100 kmph to 110kmph. It will move northeastwards and weaken into a cyclonic storm during next 6 hrs:IMD #CycloneNisarga

1:26 pm: #CycloneNisarga makes landfall along the Maharashtra coast, the process will be completed during the next 3 hours.

1:11 pm: In view of Cyclone Nisarga, no vehicular movement is permitted on the Bandra-Worli Sea Link: Mumbai Police

12:30 pm: The right side of the wall cloud region passes through coastal Maharashtra covering mainly Raigad district. It will gradually enter into Mumbai & Thane district during next 3 hours. Landfall will commence in 1 hr & process will be completed during next 3 hrs: IMD

The right side of the wall cloud region passes through coastal Maharashtra covering mainly Raigad district. It will gradually enter into Mumbai & Thane district during next 3 hours. Landfall will commence in 1 hr & process will be completed during next 3 hrs: IMD #CycloneNisarga pic.twitter.com/McmN4vK6yI

11:28 am: #CycloneNisarga will cross Maharashtra coast between Harihareshwar & Daman, very close to Alibaug between 1 pm to 4 pm

10:54 am: #CycloneNisarga will cross Maharashtra coast between Harihareshwar & Daman, very close to Alibag between 1 pm to 4 pm. While crossing the coast it will have strong winds of 100-120 kmph over Mumbai, Thane & Raigad districts of Maharashtra: Mrutyunjay Mohapatra, DGM, IMD

10:30 am: Strong winds and high tides hit Versova Beach in Mumbai. As per IMD,#NisargaCyclone is likely cross south of Alibag (Raigad) between 1pm to 3pm today.

10:23 am: Rains accompanied by strong, gusty winds lashed parts of Mumbai ahead of cyclonic storm on Wednesday afternoon, reported The Times of India. Red alert has been issued for Mumbai, Thane and Palghar.

9:35 am: Mumbai: #CycloneNisarga has intensified further, eye diameter has decreased to about 65 km during the past hour; visuals from Marine Drive. #Maharashtra

9:30 am: Wind is picking up along the coast.Ratnagiri recorded 55 kmph at 08:30 IST.Squally wind reaching 55-65 kmph gusting to 75 kmph prevails along & off Konkan coast. It'll gradually increase becoming 100-110 kmph gusting to 120 kmph in afternoon during landfall time: IMD

9:23 am: As per IMD, there's possibility of 'nature' cyclones/strong winds with rains in BMC area. So, structured inspection of #COVID19 Health Centers set up temporarily at various places in BMC area should be done again by concerned contractors: Greater Mumbai Municipal Corporation

9:17 am: While it’s best that you stay at home during heavy rainfall; but if, for some unavoidable reason, you need to drive your car, please ensure that you carry hammer or objects that can help you break glass in case your car doors get jammed: Brihanmumbai Municipal Corporation.#Mumbai

9:06 am: Prohibitory orders issued under Section 144 of Criminal Procedure Code (CrPC), in view of cyclonic conditions in the city to ensure that there is no danger to human life, health or safety: Office of the Commissioner of Police, Greater Mumbai. #CycloneNisarga

8:50 am: #CycloneNisarga has intensified further, eye diameter has decreased to about 65 km during the past hour. Wind speed has increased from 85-95 kmph to 90-100 kmph, gusting to 110 mph: Government of India 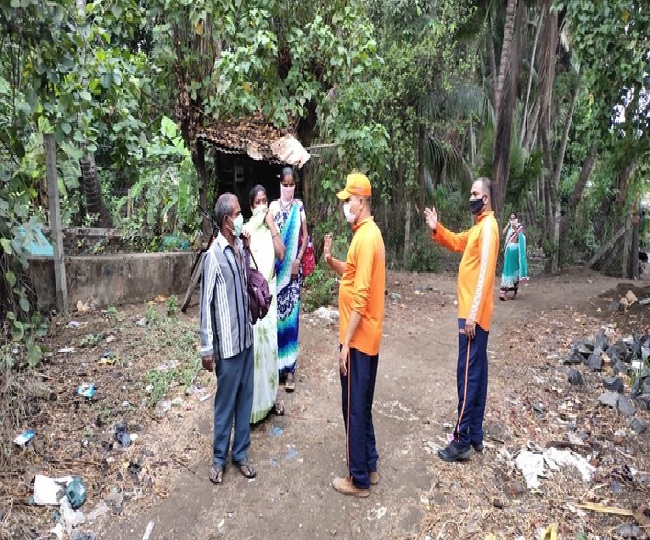 8:20 am: People are advised to remain indoors but mobilise evacuation from low lying areas. I advise fishermen to suspend operations & not venture into Eastcentral & Northeast Arabian Sea & along & off Karnataka-Goa-Maharashtra-south Gujarat coast: Dr. Harsh Vardhan, Union Min of Earth Sciences 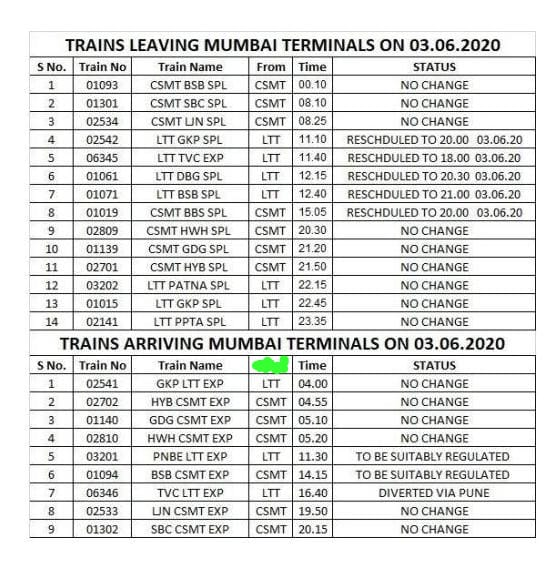 7:46 am:  IndiGo Airline on Tuesday cancelled 17 flights to and from Mumbai following the severe cyclonic storm in Maharashtra and will operate only three flights from Mumbai today.

7:35 am: Maharashtra: The sea beach in Kelwa village of Palghar remains deserted, NDRF personnel deployed in the region. CycloneNisarga is expected to make landfall near Alibaug today.