At several places across the country, chaotic scenes outside liquor stores were witnessed and the authorities had a tough time in controlling people as they gathered in large numbers.

Here’s a state-wise report on what happened across the country as government allowed liquor shops to reopen:

In Delhi, the police ordered closure of wine shops in East Delhi, Northeast Delhi, Shahdara and Southwest districts as people violated the social distancing norms and gathered in large numbers outside liquor stores. The police were also forced to mild power to disperse the crowd. 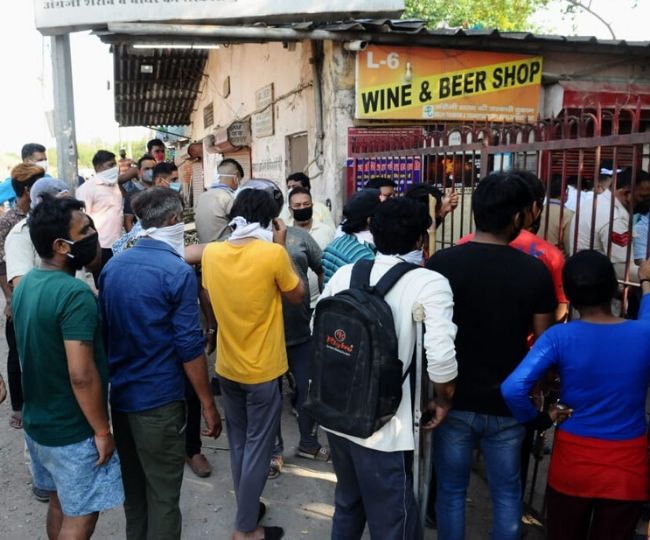 Commenting on the incident, Chief Minister Arvind Kejriwal said that shop owners will have to take the responsibility, if the norms of social distancing are violated outside a shop then the shop will be shut.

“It was unfortunate that chaos was seen at some shops today in Delhi. If we come to know about violations of social distancing and other norms from any area, then we will have to seal the area and revoke the relaxations there,” he said, as reported by ANI.

As per officials, 150 government-run liquor shops have been allowed to open from 9 am to 6.30 pm in the national capital.

Chaotic scenes were also witnessed at several places in Uttar Pradesh as 26,000 liquor stores reopened after 40 days of lockdown. In Noida and Greater Noida, liquor stores witnessed scores of customers queuing up right from 10 am.

Meanwhile, the authorities in Lucknow Mahanagar, Aliganj, Indiranagar inspected liquor shops and instructed all the shopkeepers to ensure that social distancing is strictly adhered to and that sanitisers are made available. 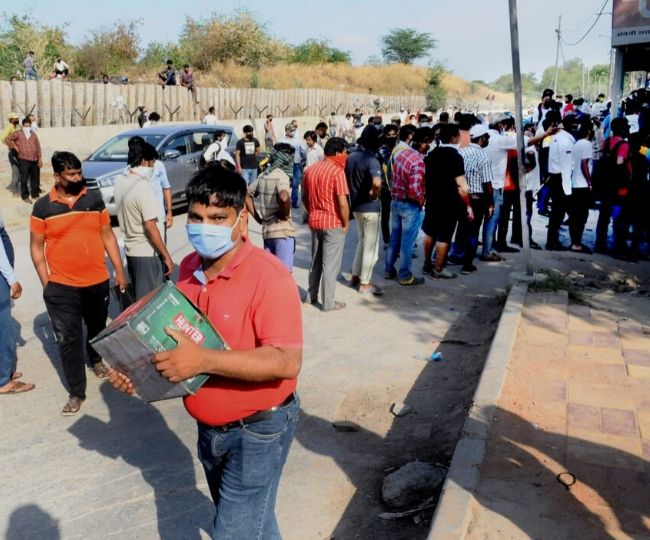 "Orders have been issued to allow 26,000 liquor shops in the state to open. Liquor shops have opened in most districts of the state, while adhering to the rules and regulations of social distancing. Sale of liquor is going on, while maintaining cleanliness aroundshops. There is an estimate that on the first day itself, the government is likely to earn Rs 100 crore as revenue," Principal Secretary (Excise) Sanjay Bhoosreddy said.

"There were complaints that shops were overcrowded so the shops were closed and the licensees were asked to make proper arrangements for effective social distancing," district excise officer Sunil Bhati said, as reported by PTI.

Long queues were seen outside liquor outlets in Mumbai and Pune in Maharashtra, a day after the state government said shops of non-essential items, including liquor, will be allowed to open in non-containment zones, but to the dismay of the customers, they remained shut.

A senior state government official said no order has been issued to keep these liquor shops closed. 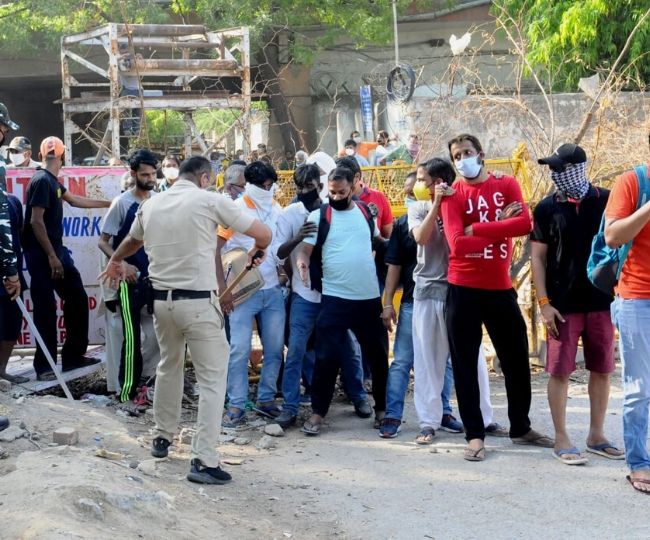 Tipplers queued up outside liquor shops in Dahisar, Matunga, Santacruz, Malwani, Kandivali and other places since early hours of Monday, but found the outlets closed.

Select liquor shops in Bengaluru and other parts of Karnataka pulled up shutters, with tipplers thronging them in huge numbers at many places. At some places, they flocked liquor shops even before day-break and performed "special prayers" with flowers, coconuts, incense sticks, camphor and crackers in front of the stores.

Liquor shops on Monday reopened after 42 days. As per the new guidelines issued by the Ministry of Home Affairs (MHA), liquor shops and paan shops will be allowed to function in green and orange zones as well as to those located outside hotspots or containment areas even in the red zones, but with certain conditions. The shops will be allowed to open while making sure that six feet of distancing is maintained from each other and not more than five persons are present at one time.