Lakhimpur Kheri Row: Ashish Mishra's bail application will be heard on Monday by a local court in Uttar Pradesh. Ashish, son of Union Minister Ajay Kumar Mishra Teni, was arrested by the police on Saturday night for "not cooperating with the probe".

Lucknow | Jagran News Desk: Ashish Mishra, son of Union Minister Ajay Kumar Mishra Teni, will appear before a local court in Uttar Pradesh on Monday after being arrested for allegedly crushing four farmers to death in Lakhimpur Kheri. Ashish was arrested by the Uttar Pradesh Police on Saturday night after 12 hours of grilling. The police had said that Ashish was "not cooperating" and failed to prove his alibi which led to his arrest.

Meanwhile, a day-long bandh is being held across Maharashtra on Monday in support of the farmers over the Lakhimpur Kheri incident. Everything, including Agricultural Produce Market Committee or subzi mandi, will stay closed across the state except for essential services.

12:49 hours: Instead of making an example out of a Union Minister’s son accused of killing four farmers, central agencies are after a 23 year old simply because his surname happens to be Khan. Travesty of justice that muslims are targeted to satiate the sadistic wishes of BJPs core vote bank, says Mehbooba Mufti.

12:23 hours: People are supporting the bandh. No action has been taken against the Union minister and his son who were involved in the Lakhimpur Kheri violence. BJP is anti-farmer and wants to crush them, says Maharashtra Minister Jayant Patil.

12:00 hours: In view of upcoming festivals and proposed programmes of the Samyukt Kisan Morcha, Uttar Pradesh Police cancels all types of leaves of the staff till October 18, reports ANI.

11:39 hours: Commuters face problems in Mumbai due to bandh called by the state government.

I have to go to my office and I am waiting for the bus here for the last half an hour, says a commuter. 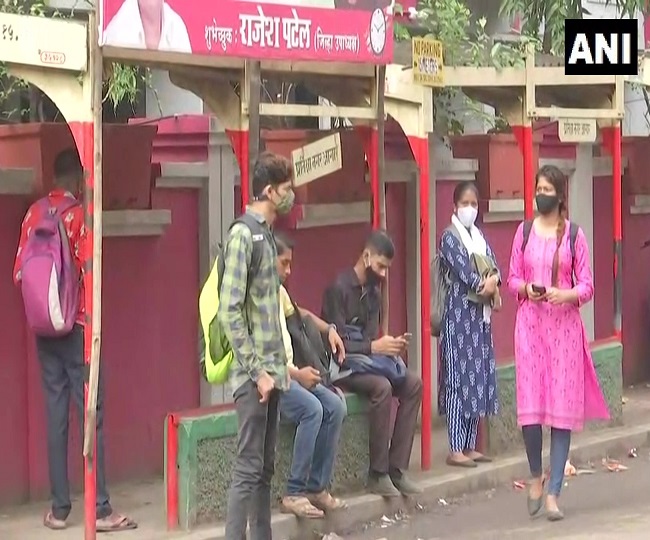 11:18 hours: There are reports about stone pelting at some places, which is not right. No one should indulge in such activities... We demand the resignation or termination of Union Minister Ajay Kumar Mishra, says Maharashtra Minister Nawab Malik.

11:00 hours: MVA's call for bandh today against killings in Lakhimpur Kheri (in UP) has received support from Left and some other parties and trade unions. The bandh is being observed peacefully across Maharashtra with widespread public support, says Maharashtra Minister Nawab Malik.

10:31 hours: Security has been beefed up outside a court in Lakhimpur Kheri where Ashish Mishra will appear on Monday.

#WATCH | Security beefed up outside Sessions Court in Lakhimpur Kheri where Union MoS (Home) Ajay Kumar Mishra's son Ashish, an accused in the violence case, will be produced by police today pic.twitter.com/iArRQS3Ryq 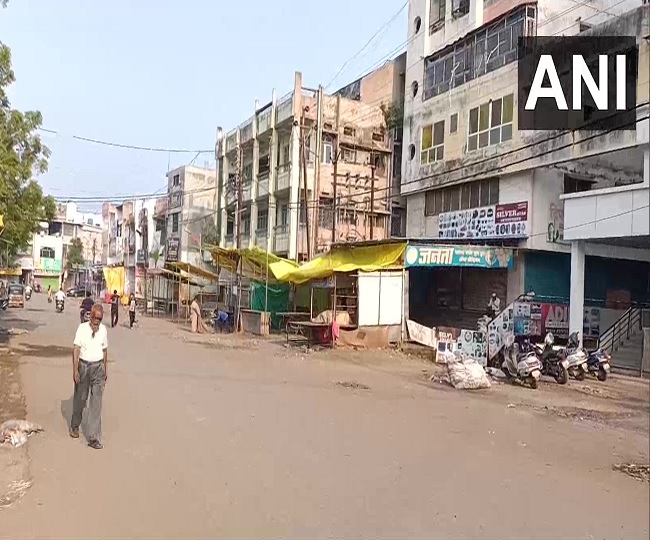 9:46 hours: Maharashtra Bandh: The Brihanmumbai Electricity Supply and Transport (BEST) has claimed that eight of its buses were vandalised in different areas of Mumbai on Monday.

9:31 hours: Recap: The farmers claimed that Ashish Mishra was driving the SUV that allegedly crushed four protesters to death in Lakhimpur Kheri on October 3.

9:24 hours: Recap: Eight people, including four farmers, were killed during the violence in Lakhimpur Kheri on October 3. 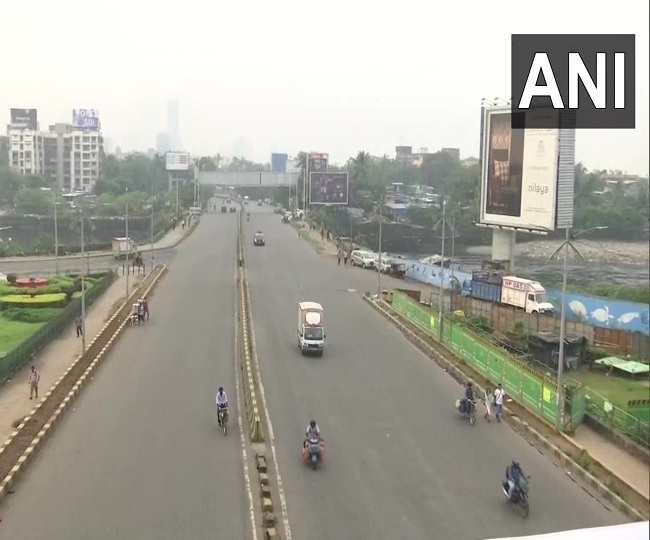 8:07 hours: Maharashtra Bandh: Media reports also suggest that 500 Home Guards are deployed in Mumbai to maintain law and order across the city.

8:00 hours: Maharashtra Bandh: Meanwhile, security has been beefed up across the state, especiall in Mumbai, ahead of the bandh. As per reports, three companies of the Central Reserve Police Force (CRPF) will be deployed across the state.

All the three parties will actively participate in the bandh. What happened in Lakhimpur Kheri was a murder of the Constitution, a violation of the law and a conspiracy to kill farmers of the country, he said.

7:40 hours: Maharashtra Bandh: The bandh has been called by the Maharashtra government itself, which includes Shiv Sena, Congress and the Nationalist Congress Party (NCP).

"I request 12 crore people of Maharashtra to support the farmers. Support means all of you join the bandh and stop your work for a day," said Maharashtra Minister Nawab Malik.

7:35 hours: Maharashtra Bandh: All shops, except those engaged in essential services, will stay closed in Maharashtra on Monday.

7:30 hours: Meanwhile, a day-long bandh would be held across Maharashtra on Monday in solidarity with farmers over the Lakhimpur Kheri incident.

7:25 hours: Earlier, the police had said that Ashish was arrested for "not cooperating with the probe" in connection with the case.

7:10 hours: His lawyer Avdesh Kumar Singh has said that the Uttar Pradesh Police had demanded three-day custody, but they have raised objections against it.

7:00 hours: Ashish Mishra, son of Union Minister Ajay Kumar Mishra Teni, will appear before a court on Monday. He will file his bail application after being sent to judicial custody for 14 days in connection with the Lakhimpur Kheri violence.