Lakhimpur Kheri Violence: Ashish Mishra refuted SKM's allegations and said he was not present at the spot where the incident took place.

The Uttar Pradesh government on Wednesday granted permission to Congress leaders Rahul Gandhi, Priyanka Gandhi and 3 others to visit the violence-hit Lakhimpur Kheri district in which 8 people including 4 farmers were killed on Sunday after violence broke out during the protest by farmers against the three farm laws. The decision by the UP government came as Rahul Gandhi boarded a flight to Lucknow, where prohibitory orders under Section 144 CrPC have been imposed restricting gathering of five people or more.

Meanwhile, Union Minister of State (MoS) for Home Affairs Ajay Mishra Teni on Wednesday was seen at the Ministry of Home Affairs in the national capital's North Block. It has been speculated that he was summoned by the BJP high command. Opposition parties have also demanded his resignation in the aftermath of the Lakhimpur Kheri incident. Teni had earlier today clarified that he has not been summoned by the party high command.

Four of the eight dead in Sunday's violence in Lakhimpur Kheri were farmers, allegedly knocked down by vehicles driven by BJP workers travelling to welcome Uttar Pradesh Deputy Chief Minister Keshav Prasad Maurya to an event in the area. The four others included two BJP workers, a driver of Union Minister of State for Home Ajay Kumar Mishra, and Raman Kashyap, a journalist working for a private TV channel.

Here are the Latest Updates on Lakhimpur Kheri Incident: 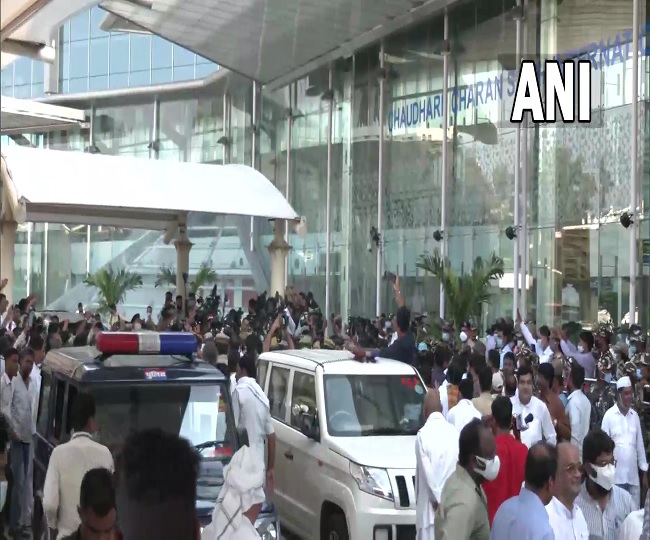 - Congress leader Rahul Gandhi asks police officials at Lucknow airport "under which rule are you deciding how I'll go? Just tell me the rule."

#WATCH | Congress leader Rahul Gandhi asks police officials at Lucknow airport "under which rule are you deciding how I'll go? Just tell me the rule."

- At Lucknow airport, Congress leader Rahul Gandhi says, "What kind of permission I have been granted by UP Govt? These people are not letting me go out of the airport.

#WATCH | At Lucknow airport, Congress leader Rahul Gandhi says, "What kind of permission I have been granted by UP Govt? These people are not letting me go out of the airport."

- We want to go in our car (to Lakhimpur Kheri) but they (police) want to take us in their vehicle. I asked them to let me go in my personnel vehicle. They're planning something. I'm sitting here: Congress leaders Rahul Gandhi at Lucknow airport

- On behalf of Chhattisgarh Govt, I announce Rs 50 lakhs each for the families of the farmers and the journalist who died in the violence (in Lakhimpur Kheri): Chhattisgarh CM Bhupesh Baghel at Lucknow airport 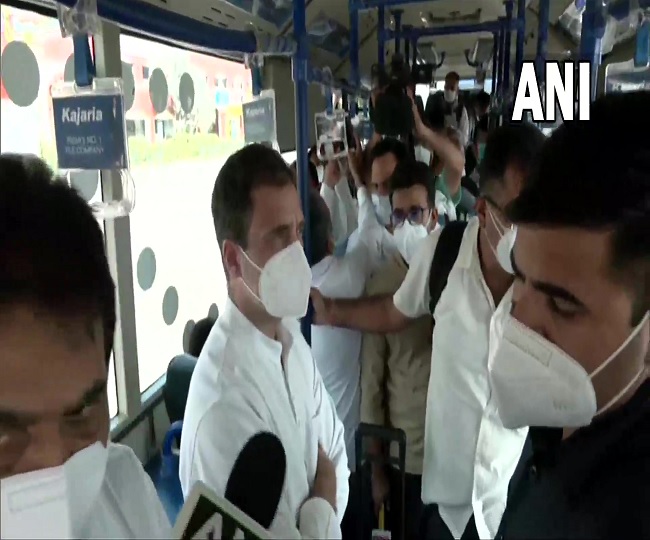 - The police will conduct a detailed investigation in the case, and no accused will be spared: ADG, Law & Order, Prashant Kumar on Lakhimpur Kheri violence

- Delhi: Congress leaders Rahul Gandhi, Bhupesh Baghel and Charanjit Channi onboard a flight to Lucknow, UP, to meet families of farmers who lost their lives in Lakhimpur Kheri violence 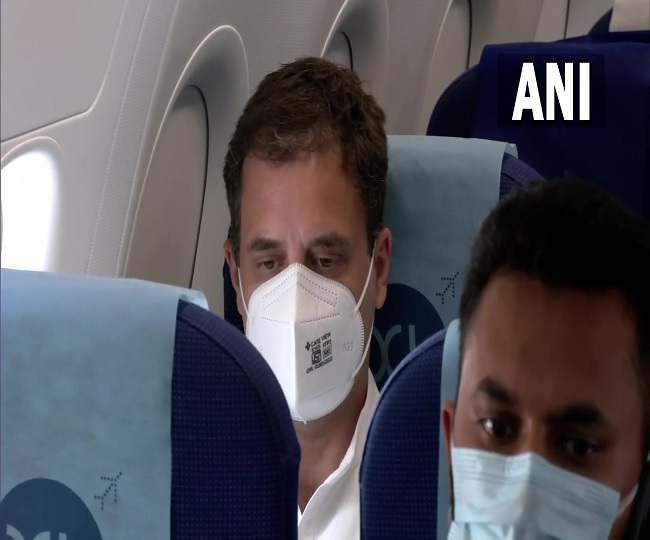 - Let the situation come under control and last rites of the bodies be performed. When these things will happen, we'll allow them (political leaders) to go there (Lakhimpur Kheri). We're trying to do the things as soon as possible: Uttar Pradesh Minister Sidharth Nath Singh

- We're working to keep things under control & we'll soon allow them (political leaders) to visit (Lakhimpur Kheri) but we're doing what's required at this moment. Yogi govt is committed to arrest the culprits & take strict action against them: UP Minister Siddharth Nath Singh

- "It may prove as a piece of evidence in the incident but we can't reach any conclusion by seeing just one video": ADG Lucknow Zone on a video showing farmers being run over by a vehicle

MoS Teni said that his son was not present at the spot, adding that some miscreants mingled with protesting farmers and pelted the stones at the car which lead to the 'unfortunate incident'. Teni also said that he has not been summoned by the party leadership but will visit Delhi for some works.

"My son wasn't there in the car. After the car was attacked, driver was injured, car lost its balance& ran over a few people present there. I've expressed sympathies towards those who've lost their lives. There should be an unbiased probe", Teni as quoted by ANI said, adding "the party high command has not summoned me. I will be reaching Delhi by tonight or tomorrow as I have few works lined up".

The post mortem of a farmer, Gurvinder Singh, who lost his life in the Lakhimpur Kheri violence was performed again on Wednesday, informed Dinesh Chandra, District Magistrate of Bahraich. "An expert panel of doctors had come from Lucknow to monitor the post mortem, which was recorded in compliance with the orders from Chief Minister's Office. The panel will give the result. The post-mortem is being done again as the satisfaction of the family is our priority," the DM said.

"Family of a person who died in Lakhimpur incident had raised doubts over post mortem and requested another one. The state government complied and post mortem was done again to ensure it is done impartially and transparently," he added.

The post mortem was done again as his family believed that he was shot dead. A family member of the deceased, said, "I have no issue now. The team from the Lucknow came for the post-mortem. We will accept the result. After few rituals, the cremation will take place."