Lakhimpur Kheri Row: Speaking to the reporters, MoS Home Ajay Kumar Mishra claimed that his son Ashish is "innocent" and he could not appear before the Uttar Pradesh Police as he "was not well".

Lucknow | Jagran News Desk: Minister of State for Home Affairs Ajay Kumar Mishra, who has been facing the heat over the violence in Lakhimpur Kheri, defended his son Ashish on Friday once again and said that he will appear before the Uttar Pradesh Police Saturday to record his statement. Speaking to the reporters, Mishra claimed that Ashish is "innocent" and he could not appear before the Uttar Pradesh Police as he "was not well".

"We have full faith in law. My son is innocent. He got a notice on Thursday but he said he was not well. He will appear before the police tomorrow and give his statement and evidence as he is innocent," he was quoted as saying by news agency PTI.

#LakhimpurKheriViolence: My son would have been killed if he was present at the spot. FIR would not have been registered if any other political party was in power: MoS Home #AjayMishraTeni on allegations that his son #AshishMishra is involved in Lakhimpur violence 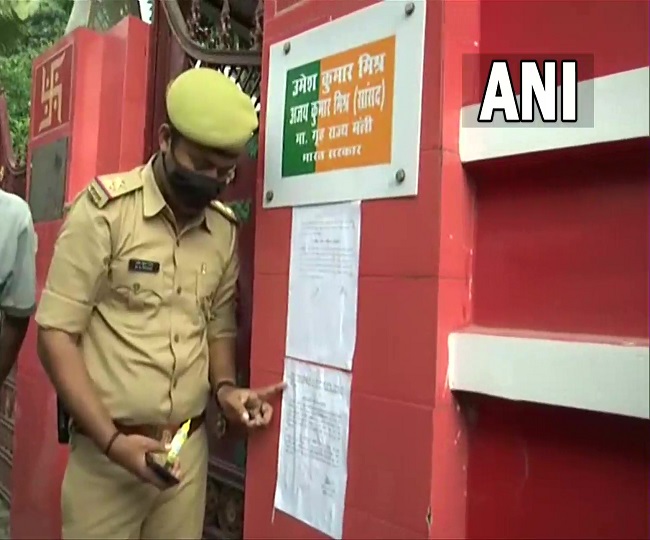 The farmers have claimed that Ashish was driving the SUV that allegedly crushed four protesters on Sunday. They have also urged both the Centre and Yogi Adityanath-led Bharatiya Janata Party (BJP) in Uttar Pradesh to arrest Ashish and take actions against the culprits.

"...there is no trace of him (Ashish Mishra). News reports indicate that he is changing locations and is absconding, with several Uttar Pradesh Police teams searching for him," said the Samyukt Kisan Morcha, as reported by news agency PTI.

"There is only information on a notice issued to Ashish Mishra summoning him for questioning. The UP government and Minister Ajay Kumar Mishra are adopting protective tactics to ensure that Ashish Mishra roams free," it added.

Eight people died on Sunday were farmers, allegedly knocked down by vehicles carrying BJP workers. Angry farmers then allegedly lynched some people in the vehicles. The other dead included two BJP workers and their driver.