30-year-old Pankaj Kumar, who was married in 2019 but only spent 1 month with his wife, hails from the Chounta village in Punjab's Gurdaspur district and worked as the Second Engineer of MV Tampen.

New Delhi | Aalok Sensharma: Pankaj Kumar, the missing Indian sailor from the ship MV Tampen, reportedly abducted by sea pirates near West African nation Gabon, had spent just a month of his two-year married life at home, said his heart-broken brother Sandeep Kumar, while adding that his family members are in distress and praying for his safe return.

In a telephonic conversation with Jagran English, Sandeep said that 30-year-old Pankaj, who hails from the Chounta village in Punjab's Gurdaspur district, was the Second Engineer of MV Tampen, a ship that was sailing from Cameroon to the United Arab Emirates (UAE) along with its 17 crew members.

Sandeep told Jagran English that he received a call from the Mumbai-based Proactive Shipping Management firm on September 26. The shipping firm informed that Pankaj's ship was anchored at Gabon on August 31 after it developed some propulsion problems. 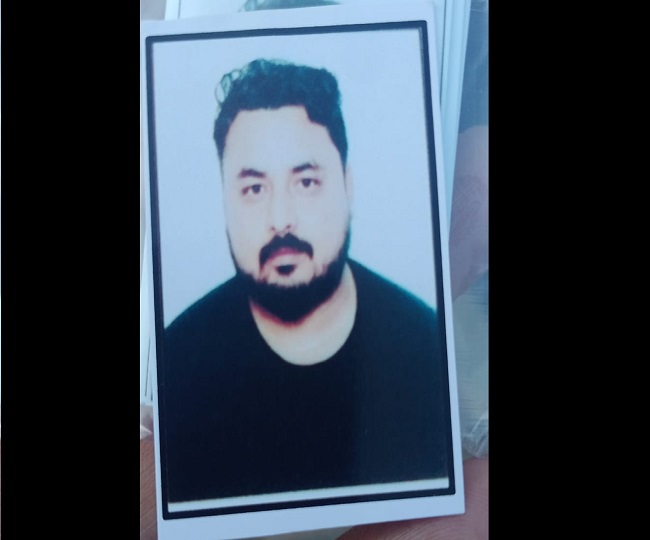 "They asked me if I spoke to Pankaj from August 31 to September 5, but I said no," Sandeep said, "they said that Pankaj's ship was attacked by pirates or some terrorists in which two crew members -- chief officer and chief cook -- were injured and your brother is missing from that day".

Getting emotional over the call, Sandeep said that the incident has left him in shock as Pankaj meant "everything" for him. Sandeep said that Pankaj, along with the chief cook and chief officer, was captured by the pirates. He said that there is no update about him from the company, who have informed that the Gabon authorities are conducting the investigation.

"They said that as per the chief cook, Pankaj was thrown by the pirates in the ship's backyard. I asked them about Pankaj and told them that my family is in distress. Pankaj got married just two years ago. He spent just around one month of his married life at home," he told Jagran English.

Days later, Sandeep said that the company called him again to confirm that his brother has been abducted by the pirates. On September 12, he also spoke with the chief cook who informed me about everything.

"However, the company is not providing me with additional information, leaving my family in distress," he said in an emotional tone.

When asked about what help he has received from the government, he said that his family had gone to Dinanagar Police Station, but the officials had refused to help them, asking them to visit Mumbai to register the first information report (FIR).

MV Tampen, with 17 Indian crew members, was sailing to the UAE from Cameroon. However, it was anchored just two kilometres away from Gabon's Owendo anchorage after it developed some problems. Later, the ship, which is owned by Prince Marine Transport Service Pvt Ltd, was reportedly attacked by the pirates who have abducted Pankaj.