The 1-lakh mark was crossed after the country reported 4,970 cases and 134 deaths in the last 24 hours. According to the health ministry data, the total number of cases stand at 101139  and death toll has mounted to 3163.

These are the five worst-hit states and their tallies: 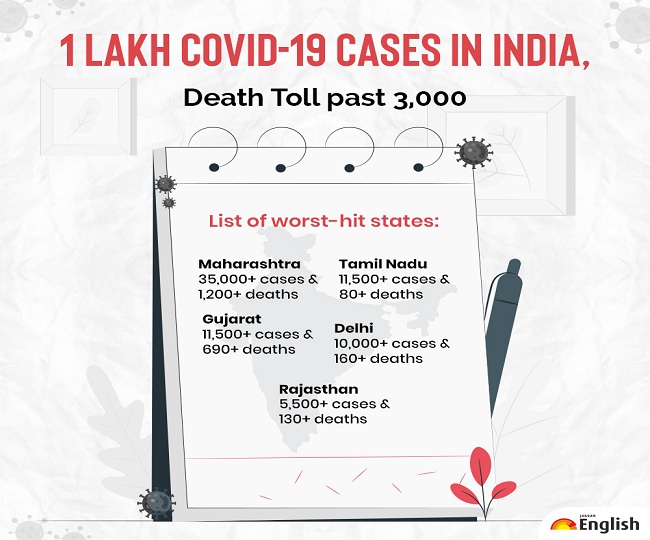 The country had reported its first confirmed case of coronavirus on January 30 when a medical student from Wuhan, the epicentre of the virus, tested positive in Thrissur, and it has now reached the 1-lakh mark after 111 days. The second wave of the virus had hit the state during March when a three-member family returned from Italy.

The troublesome mark was reached a day after the fourth phase of lockdown kicked in across the country, and came with several relaxations like restarting of market complexes, autos, taxis and inter-state buses in various parts of the country. 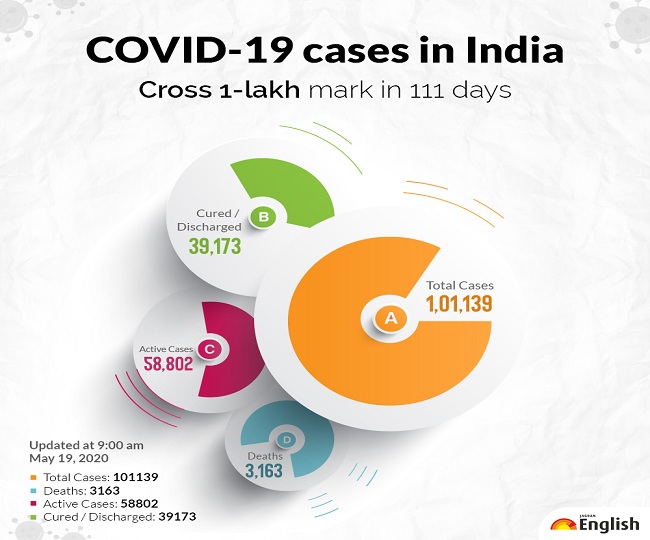 The Health Ministry continues to maintain that India was faring better than others with 7.1 cases per one lakh population as against 60 globally. It also said the recovery rate of coronavirus cases in India stood at 38.39 per cent.

The alarming numbers come even as the authorities across the country ordered reopening of markets, intra-state transport services and even of barber shops and salons in some states, barring in containment zones, in their attempts to reboot locked down economic activities.

India has been under a lockdown since March 25, which was first supposed to be for 21 days or toll April 14, but was later extended till May 3, then further till May 17 and now for another two weeks till May 31.

However, a number of relaxations have been given in the current fourth phase, while states and union territories have also been granted significant flexibility for deciding the red, orange or green zones in terms of the quantum and severity of the virus spread.