New Delhi | Jagran News Desk: Actress Rhea Chakraborty was Sunday questioned by the Narcotics Control Bureau (NCB), which is probing the drug angle surrounding her boyfriend and Bollywood actor Sushant Singh Rajput's death. The NCB has already arrested Rhea's brother Showik and Rajput's house manager Samuel Miranda over drug charges. Both of them are in CB custody till September 9. The probe agency is likely to confront Rhea with his brother and clear their individual roles. It is being alleged that Rhea, her brother Showik and others were involved in a drug racket. 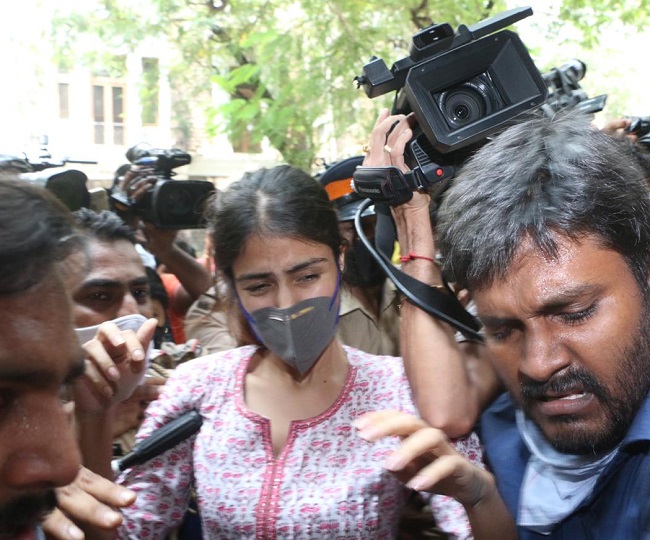 The behaviour of media persons is being criticised widely on social media and National Commission of Women chief Rekha Sharma even questioned the media ethics. "Is their any work ethics for media?" Sharma wrote on Twitter. 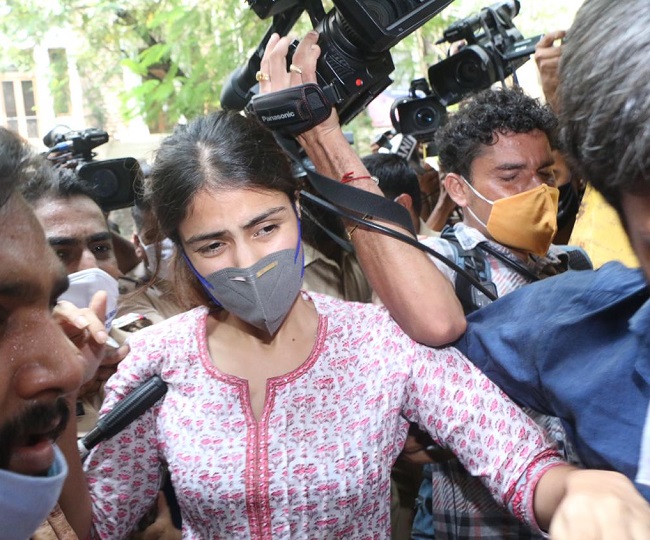 Visuals from outside the NCB office showed a mob of media persons rushing towards the actress as soon as she stepped out of her car. Chakraborty, who was wearing a mask struggled to make way. The social distancing norms in view of the coronavirus also went for a toss outside the NCB office. 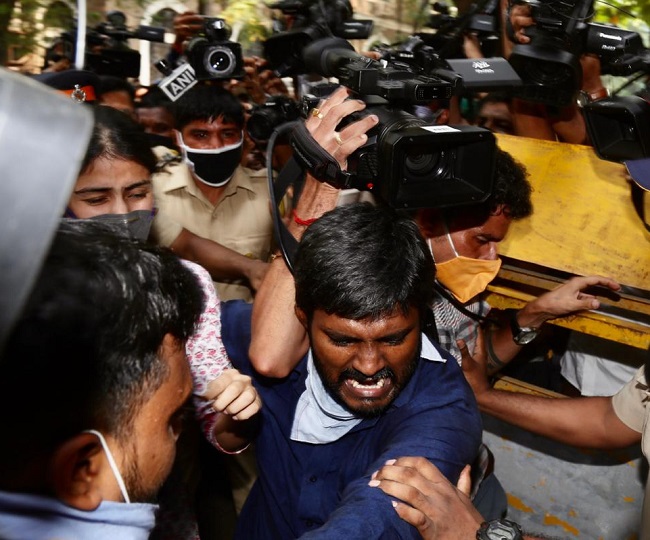 Earlier in the day, Rhea Chakraborty's lawyer said that she was ready for arrest since it is a witch hunt against the actress. "If loving someone is a crime, she'll face consequences," her lawyer Satish Maneshinde said. Rhea left the NCB office in the evening after hours of questioning. 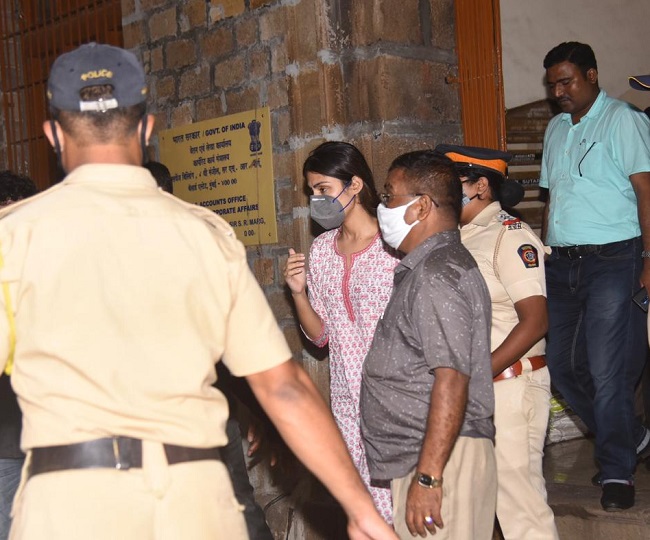 Rhea was the live-in partner of Sushant Singh Rajput, who was found dead inside his Bandra apartment in Mumbai on June 14. Sushant's family has accused Rhea of cheating, harassment and driving the actor to suicide. Rhea has denied all the allegations levelled against her and said that actor was suffering from depression. The drug angle came after WhatsApp chats of Rhea apparently discussing drugs emerged in public domain.