In his letter to the CBI, Singh wrote: "I personally feel that the forensic team of AIIMS for whatever reason has not given a categorical opinion on the flaws of the post-mortem done at the Cooper Hospital and have given a report which they were not supposed to do as they were only to give their opinion on the manner in which the post-mortem has been done by the Cooper Hospital."

"I am accordingly of the firm opinion that this matter needs to be referred to another forensic team to be constituted by CBI by picking up some of the best names in the field from different hospitals so that a fair and proper assessment takes place with regard to the comments of the post-mortem done by the Cooper Hospital and also whether the cause of death can be specified on the basis of the material available with the CBI." 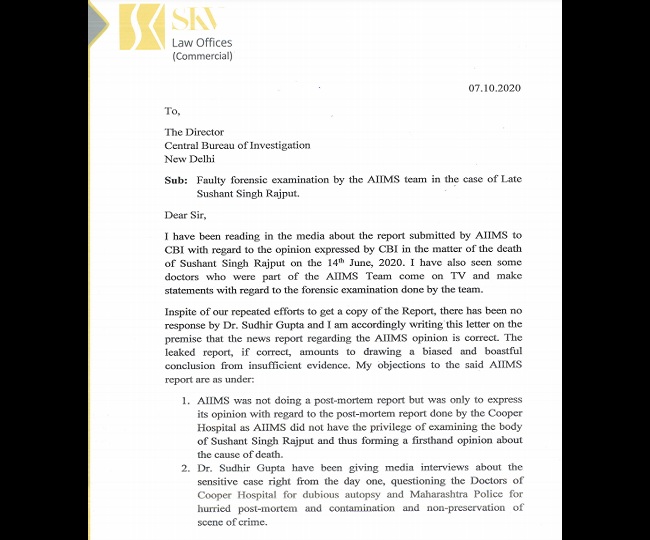 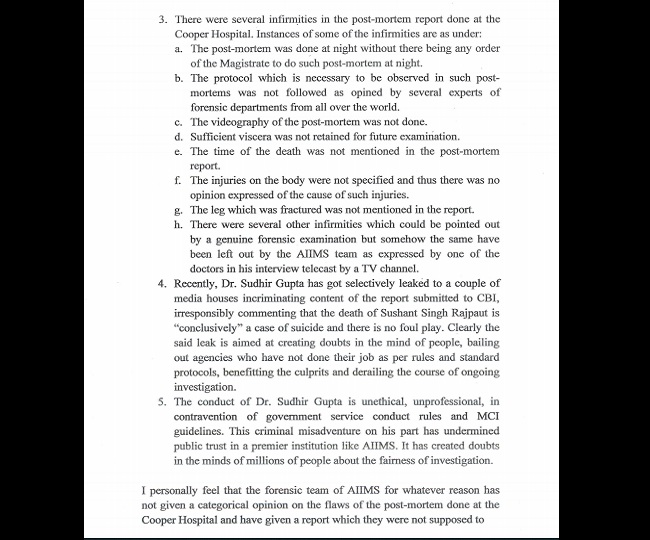 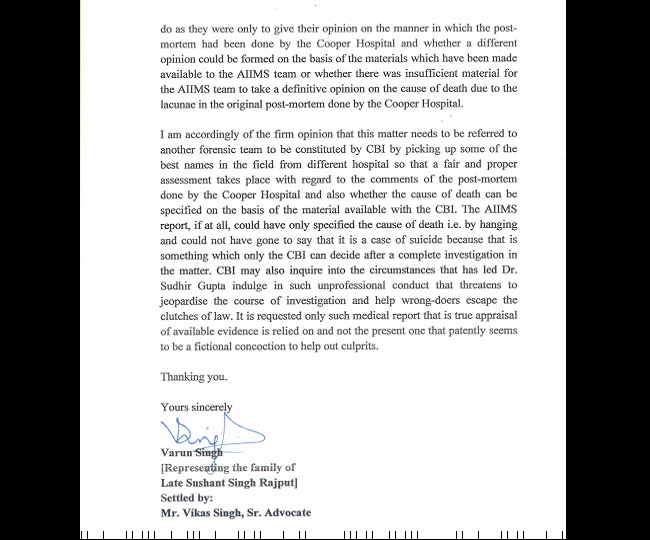 He also referred to the media reports quoting Dr Sudhir Gupta, who led the AIIMS forensic team, where he purportedly said that murder had been ruled out in the FSL report. On Monday, AIIMS issued a statement that it has submitted the expert opinion report on SSR’s post-mortem to the CBI directly. AIIMS said that any inputs on the report by the Medical board must be obtained by CBI.

Dr Sudhir Gupta has been questioned for changing his statements by many. A video is going viral claiming Dr Gupta earlier thought Sushant Singh Rajput was murdered.

AIIMS Forensic Panel Board was constituted after the CBI took over the investigation in the high-profile case, following the allegations by the late actor's family.