Dhairya did not undertake any intricate, indecipherable task. He only focused on doing the basics and spreading awareness around it.

Agastyaa Gupta | The most overused cliché of our generation will perhaps be to refer to the Covid pandemic as unprecedented. The catastrophe has been sui generis and seminal. Unfortunately the year 2020 will be etched in public memory on account of this cataclysm.

It is only natural that a pall of gloom engulfs humanity in the aftermath of such a calamity. It may reinforce or even exacerbate the perception of universal adversity. There is this proclivity of people veering between scepticism and cynicism. When the society at large tends to harbour the notion that the world was a far better place in the past than what it is today or likely to be in future, there is cause to worry.

In such tragic times, pessimism, notwithstanding genuine aggrieving factors, is often at the risk of undue exaggeration. You even hear accusations being levelled upon media for fostering this environment of negativity. How fair is the charge, requires deliberation. What is undeniable though is that media is the most potent force multiplier. The truth also is that for every distressing event, there is something close by to uplift the spirits. We need to just look around. Besides, optimism engenders happiness, which in turn motivates people to contribute further. If only we can strive to identify the encouraging stories unfolding around us and spread those, the world will be more inspired and congenial.

With this simple idea that positivity exudes enthusiasm, I tried to put on the hat of a raconteur to share and propagate real-life stories, which I believed could enthuse the readers. In the first of this news series, we present the laudable endeavour of Dhairya Kataria, an eleventh-grade student of Vasant Valley School, New Delhi. 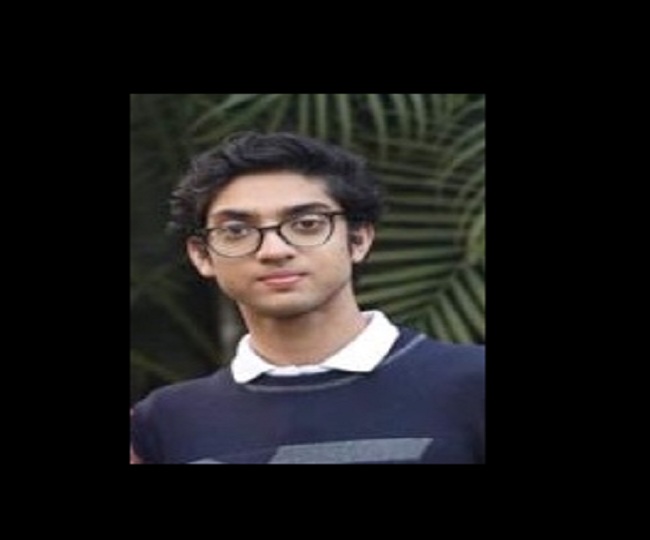 At the height of the Coronavirus, the most crucial requirement apart from medical care was to prevent or slow down the spread of infection. The three tenets identified were masking, social distance and hand hygiene. The term hand hygiene was really a microcosm of sanitation in general. The relevance of cleanliness was never more emphasized. In a country like India where general levels of salubrity are sub-optimal, there is much scope of improvement by simply adhering to fundamentals of hygiene.

Waste disposal is often not handled with requisite efficiency in our cities. In times of pandemic, it was incumbent upon the authorities to better the process of waste collection and disposal from residential areas. The negligence was revealed in the fact that the entire waste was bundled together at the household level and the municipal authorities transported it all together. It included medical waste such as masks, gloves, personal protection kits etc. that were often contaminated and when mixed with other waste posed the risk of spreading the infection to thousands of handlers. The garbage bins where this waste was dumped would also become an infection contact point. A mandatory process of waste collection and disposal had inadvertently become a virus spreading exercise.

Dhairya did not undertake any intricate, indecipherable task. He only focused on doing the basics and spreading awareness around it. He propagated the idea of segregating medical waste at the individual household level. These potentially contaminated items were to be sealed in separate bags with a prominent identification mark such as a red tape or a red cross. The garbage collectors/rag pickers were sensitized about the need to handle these sealed bags with utmost caution that were then segregated and transported to the designated dumping points.

Dhairya used conventional means of door-to-door campaign, leaflets, appeals, awareness forums, word of mouth publicity and digital/social media to spread the message far and wide.  He even made an easy to understand illustrative video that was put on YouTube. The video soon generated impressive views and shares and the encouraging comments only motivated him to intensify his efforts.

It might be difficult to quantify the impact the exercise had on breaking the virus chain. The nobility of the endeavour was unquestionable of course. What stood out for me was the intention of a 16-year-old student whose own routine life had been disrupted and yet he overcame anomalous circumstances and tried to do his bit for a precious cause.

They say that often-great achievements aren’t accomplished in an impulse but by a series of small steps. If we cannot do everything for everyone, that shouldn’t deter us from not doing something for someone. A small well-intentioned step backed by tireless coherent thought and action has the potential to inspire and transform.