New Delhi | Jagran News Desk: The central government has again invited the farmers for the next round of talks and asked them to chose a "convenient date". This comes a day after the farmers said that they will hold a day-long relay hunger strike at all protest sites on Monday unless the Centre fulfil their demands.

Amid this, Union Agricultural Minister Narendra Singh Tomar on Sunday met a delegation of farmers at Krishi Bhawan. Tomar will likely meet the farmers again in the next two to three days and to resolve the deadlock across the borders of the national capital.

Maharashtra: Members of farmer's organisation in Nashik move towards Delhi to support the farmers' protest against the Centre's #FarmLaws.

"We are going to join and support the farmers' protest. We'll not stop till these three laws are repealed," says a farmer. pic.twitter.com/PqXxvY5rbO

Agitating farmers at Ghazipur (Delhi-UP) border block road after administration didn't come for a meeting over stopping the movement of tractors.

"No official has come here for the meeting. We won't move until our demands are met," says a farmer. pic.twitter.com/vW35jWm3bK

14:28 pm: We'll go and meet those farmers' groups who're supporting the Centre on 3 Farm laws. We'll take information from them about how they're benefitting from Farm law and will learn the technology, which they're using to sell their crops: Rakesh Tikait, Spokesperson, Bhartiya Kisan Union

13:56 pm: Recap: The government has held several rounds of talks with the farmers so far. On December 8, Union Home Minister Amit Shah had held a meeting with the 13 representatives of farm unions. However, a day later, farmer leaders rejected a proposal sent by the Centre

13:09 pm: Recap: The farmers are protesting against the three farm laws -- Farmers (Empowerment and Protection) Agreement of Price Assurance and Farm Services Act, Farmers Produce Trade and Commerce (Promotion and Facilitation) Act, and the Essential Commodities (Amendment) Act -- and want the Centre to withdraw them.

Ministry of Agriculture & Farmers Welfare writes a letter to protesting farmers, inviting them for a meet once again. In the letter, govt also sought suggestions for date of meeting from farmers' leaders. The letter states that the govt is ready to discuss farmers' apprehensions. pic.twitter.com/NyEUMD7LNa

12:43 pm: "If the police will stop vehicles then the dharna will start at that place only and we will create protest sites across Uttar Pradesh. We will not be violent but protests will start everywhere. Our 31 trolleys have been held for hours," said a farmer leader today.

11:15 am: Amid the ongoing protest, Haryana Chief Minister Manohar Lal Khattar has said that he will quit politics if someone tries to remove the minimum support price (MSP).

"MSP will always be there. If someone tries to abolish it, Manohar Lal Khattar will leave politics. MSP will not end. MSP was there in the past, it is present now and it will remain in the future as well," he said.

10:52 am: Modi government is doing its best to bring about emerging technologies in agriculture by upgrading the National e-Governance Project for Agriculture (NeGPA). The welfare of farmers and agriculture industry is at the core of all these initiatives by government, says Union Minister Prakash Javadekar.

10:30 am: Meanwhile, Karnataka will likely pass a resolution against farm laws on December 23.

10:15 am: The Congress has also slammed the government for after Facebook shutdown a page of a farmer union.

"Shutting down facebook page of Kisan Unions will not hide Kisan-Virodhi face of BJP Govt. Farmers protest & demands r standing on 4 strong pillars of self-respect,love for the soil,right to life & dignity of labour which cant b broken or shaken by any manipulation," said Congress' Jaiveer Shergill.

10:00 am: The Congress today once again attacked the Centre over the farm laws and asked it withdraw them immediately.

"The agitation by farmers against the farm laws is a fallout of the BJP's politics of deceit and lies. The Congress will continue to fight for farmers until the farm laws are withdrawn," Lallu said. "Prime Minister Narendra Modi cannot be trusted as till now he has not fulfilled any of his electoral promises," said Congress' Ajay Kumar Lallu.

9:36 am: Farmers to begin relay hunger strike on Monday; halt toll collection in Haryana from Dec 25-27 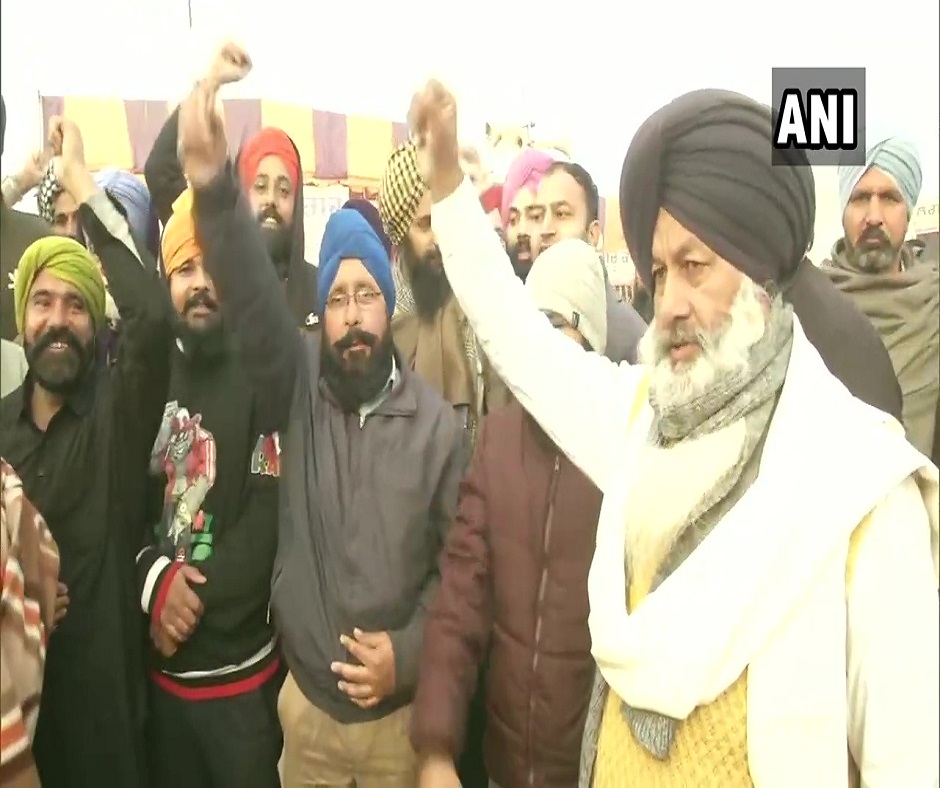 8:49 am: Tikri, Dhansa borders are closed for any traffic movement. Jhatikara borders is open only for two-wheelers and pedestrian movement: Delhi Traffic Police

8:45 am: Amid this, the Centre has asked the farmers to choose a convenient date for next round of talks.

"I request those previously invited protesting union leaders to provide details of their remaining concerns and doubts and suggest a date as per convenience for next round of talks," the government said in its letter to farmers.

8:40 am: The farmers will hold a day-long relay hunger strike at all protest sites today against the Centre's three farm laws.