Farmers' Protest LIVE: The talks held on Tuesday also ended without any conclusion with farmer unions rejecting the government’s offer to set up a committee to look into their issues.

New Delhi | Jagran News Desk: The protest by over 35 farmer unions continued for the seventh consecutive day on Wednesday against the three new Agri laws enacted recently by the Centre. The talks held on Tuesday, two days prior to the scheduled meeting, also ended without any conclusion with farmer unions rejecting the government’s offer to set up a committee to look into their issues. The Centre will now hold another round of discussions with the farmers on Thursday (December 3).

The massive agitation by farmers also disrupted the traffic movement in the national capital with the Delhi Traffic Police closing several borders linking Delhi to Haryana and Uttar Pradesh. Two more border points connecting the national capital with Gurgaon and Jhajjar-Bahadurgarh were closed as precautionary measures, leading to heavy traffic jams in several parts of the city. With this, in total five border points, including Singhu and Tikri, have been closed due to the protest.

Here are the Updates from the Big Story:

5:50 pm: I appeal to the farmers that the laws are in their interest and the reforms have been done after a long wait, but if they have any objection to it then we are ready to address their concerns: Union Agriculture Minister Narendra Singh Tomar

5:40 pm: We call for the burning of effigies throughout the country to protest against Modi government and corporate houses on December 5: Darshan Pal, President of Krantikari Kisan Union

5:35 pm: We'll burn effigies in every district of Maharashtra tomorrow & on 5th Dec in Gujarat to protest against Centre. Tomorrow is last chance for govt to take decision to repeal the laws otherwise this movement will become huge & govt will fall: Pratibha Shinde, Lok Sangharsh Morcha

5:30 pm: We also held talks with Tikait Ji (of Bharatiya Kisan Union), he told us that he is with us. We are together in this struggle: Darshan Pal, President of Krantikari Kisan Union

5:25 pm: Meerut: Female members of farmers' families seen carrying agricultural activities in fields since male members have joined Farmers' protest in Delhi. "Since men of our family are away at protest sites, so we've to take care of crops," says Nishu Chaudhary, daughter of a farmer. 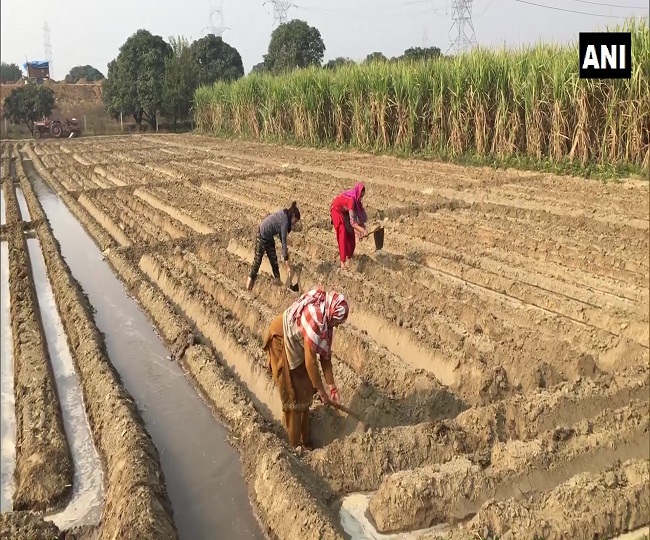 5:17 pm: We were not sitting on road. Administration had blocked our way using barricades & Jawans, so we stopped. We consider this place as temporary jail & our confinement here as arrest. We'll go to Delhi, moment we're released: Swaraj Singh, President,Bhartiya Kisan Union (Lok Shakti)

5:12 pm: We demand that the Central government should call a special Parliament Session to repeal the farm laws: Darshan Pal, President of Krantikari Kisan Union 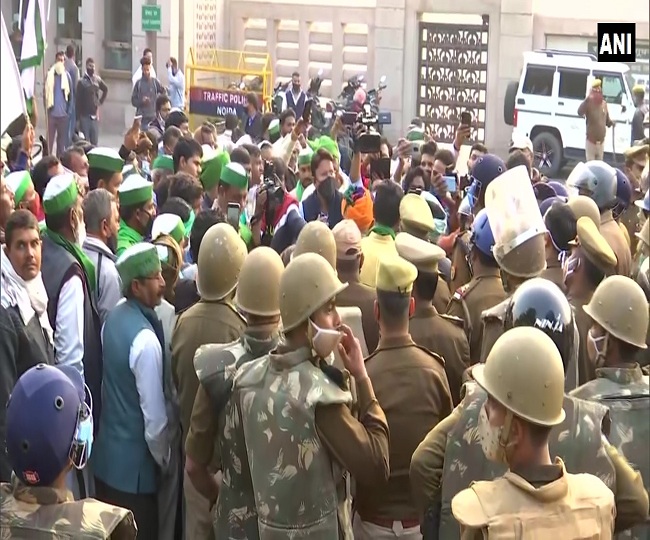 5:00 pm: It shows that the govt will talk to those who take the law into their hands. Now that the govt has deceived the farmers of UP & Uttarakhand, there is no point in staying here in Burari (Delhi): Sardar VM Singh, convenor of the All India Kisan Sangharsh Coordination Committee

4:50 pm: The Home Minister had said that the govt will talk to farmers who will sit in Burari. After his appeal, farmers from Uttarakhand & UP came here but the govt didn't invite us for talks yesterday: Sardar VM Singh, convenor of the All India Kisan Sangharsh Coordination Committee

4:40 pm: Madhya Pradesh: Farmers from Gwalior leave for Delhi to join the protest against the farm laws. 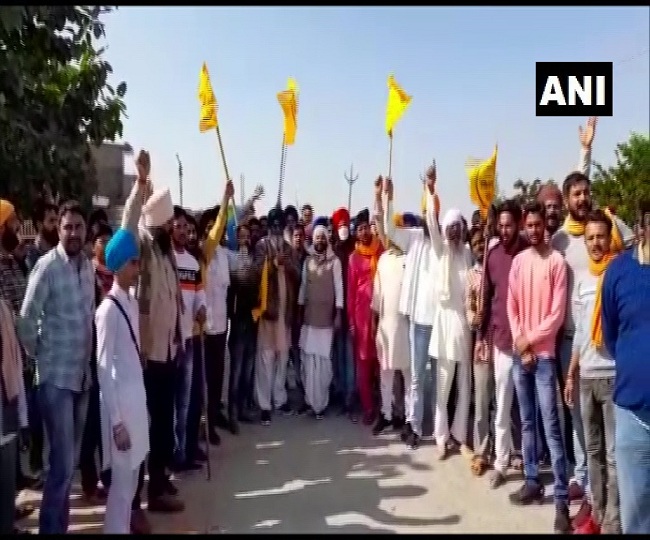 4:30 pm: The reason behind Captain sahab's allegation is that we did not allow the nine stadiums in Delhi to be converted into jails. Centre had plans to put the farmers in these stadiums. They're upset with me as I didn't give permission for making them jails: Delhi CM Arvind Kejriwal

4:20 pm: So, is it the pressure of these people that you are putting allegations against me? Are you doing it for friendship with BJP or are you under pressure as Enforcement Directorate has filed case against your family?: Delhi CM Arvind Kejriwal

4:10 pm: Punjab CM has made allegations against me that I've passed the black laws in Delhi. How can he do such low-level politics in this fragile situation? It's not up to State govt to implement it. Had it been so why would farmers of country hold talks with Centre: Delhi CM Kejriwal 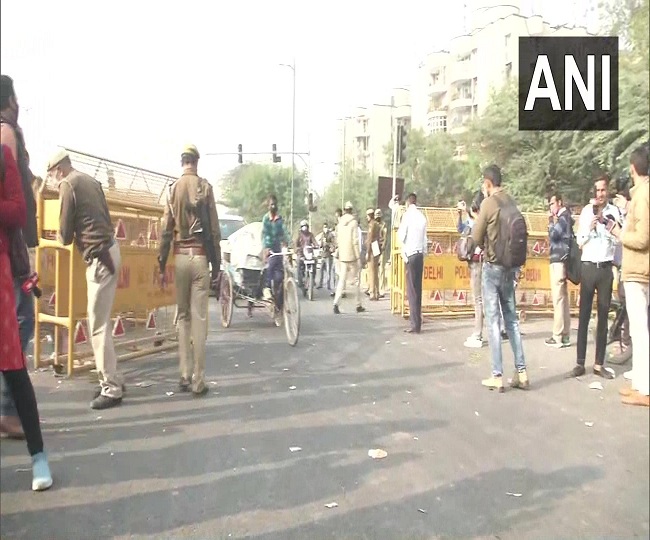 2:30 pm: Chandigarh: Police detain Punjab Youth Congress workers who had gheraoed Haryana CM Manohar Lal Khattar's residence, demanding an apology from him for alleged use of force against protesting farmers. 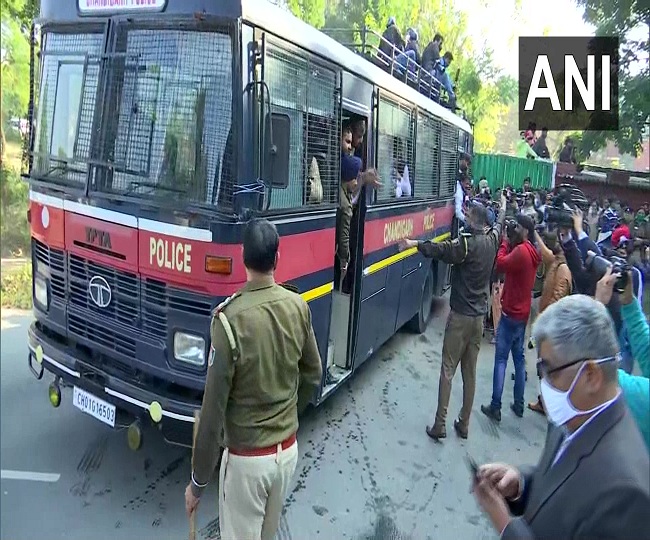 2:00 pm: Chandigarh: Police use water cannon on Punjab Youth Congress workers who have gheraoed Haryana CM ML Khattar's residence, demanding an apology from him for alleged use of force against protesting farmers 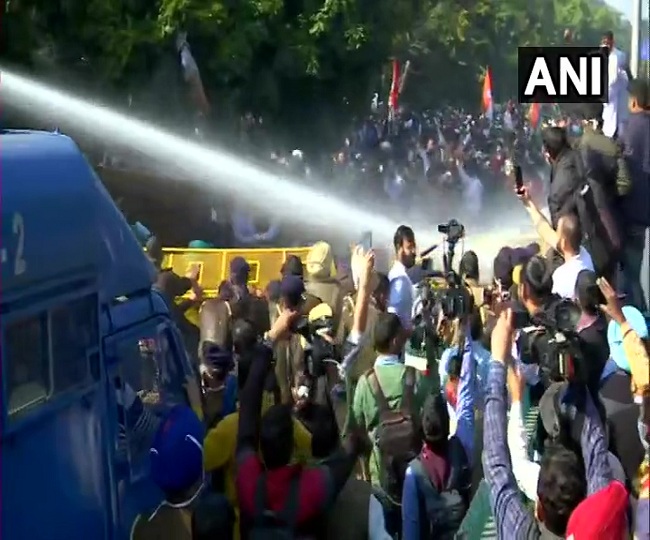 1:30 pm: Delhi: Traders say there is spike in vegetable & fruit prices due to farmers’ agitation. "Vehicles carrying vegetables are stuck at borders due to protest. It has impacted supply & prices. It'll continue till protest lasts," says a trader. Visuals from Okhla & Ghazipur mandis

1:00 pm: While the police have kept the Haryana-Delhi border at Singhu and Tikri closed for traffic, the protest at Ghazipur, the city's border with Uttar Pradesh, has also intensified. 11:50 am: I sent a legal notice for a tweet misidentifying Ms Mohinder Kaur as Bilkis Bano with an insinuation that she(Ms Kaur) was available as a hired protestor for Rs100. The notice gives Ranaut 7 days to issue an apology failing which a defamation case will be pursued: Adv Hakam Singh

11:45 am: Punjab: Zirakpur lawyer sends legal notice to actor Kangana Ranaut demanding an apology over her tweet identifying an old woman at the farmers' protests as 'Bilkis Dadi'. 'Bilkis Dadi' was a prominent protester at the Shaheen Bagh anti-CAA demonstrations in Delhi last winter 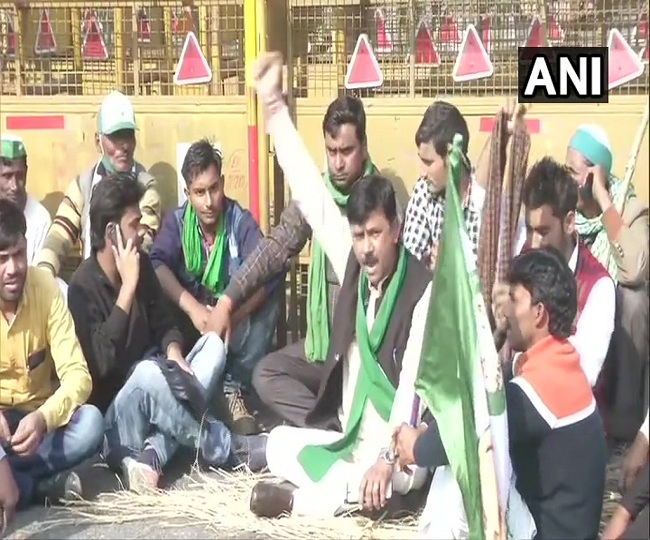 11:10 am: 'Langar' being served to farmers stationed at Delhi-Ghazipur border (Delhi-UP border). The farmers are protesting against the three farm laws passed by the Centre. 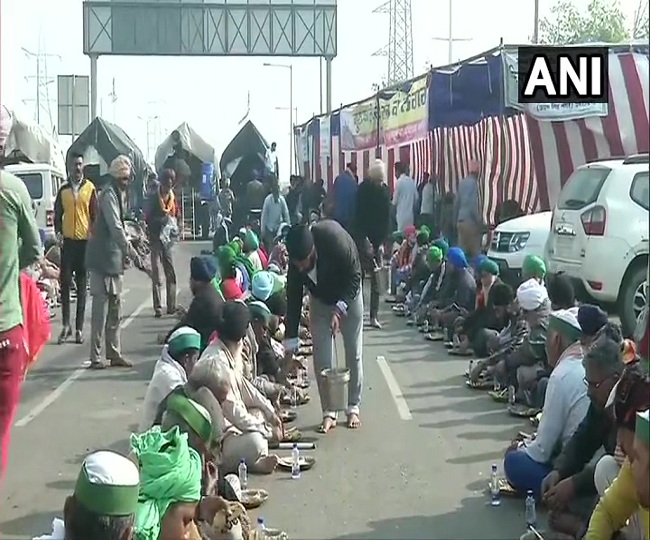 11:00 am: Agitating farmers are adamant for withdrawal of farm laws. I feel that the govt has to back-off. Also, these laws will have international repercussions. I saw in the news yesterday that Canada PM supports the farmers' movement. TMC is against farm laws: Sougata Roy, TMC leader

10:25 am: Delhi: Traffic police deployed to manage vehicular movement near the Chilla village 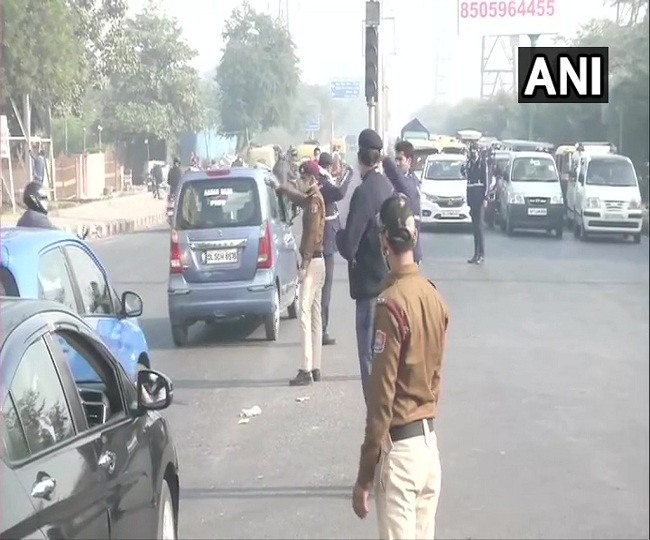 10:00 am: Positive dialogue being held with the protesting farmers here. We have arrangements in place to contain any law and order situation: Gaurav Sharma, DCP, Outer North-Delhi at Singhu border (Delhi-Haryana) 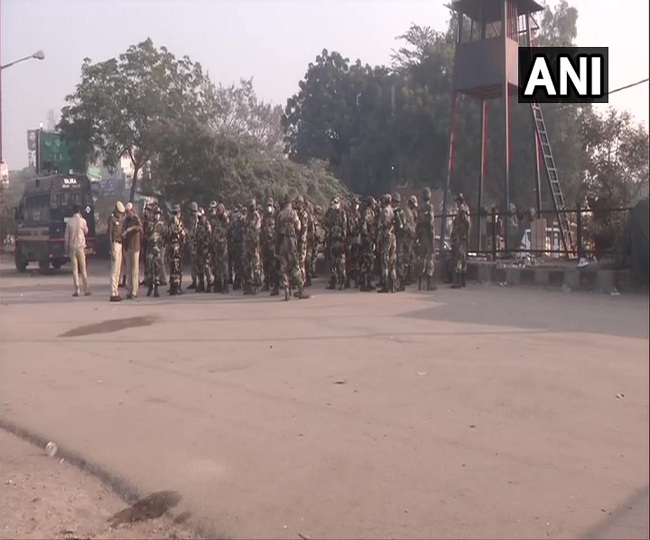 9:20 am: Delhi: Farmers continue to protest at the Singhu border (Delhi-Haryana). 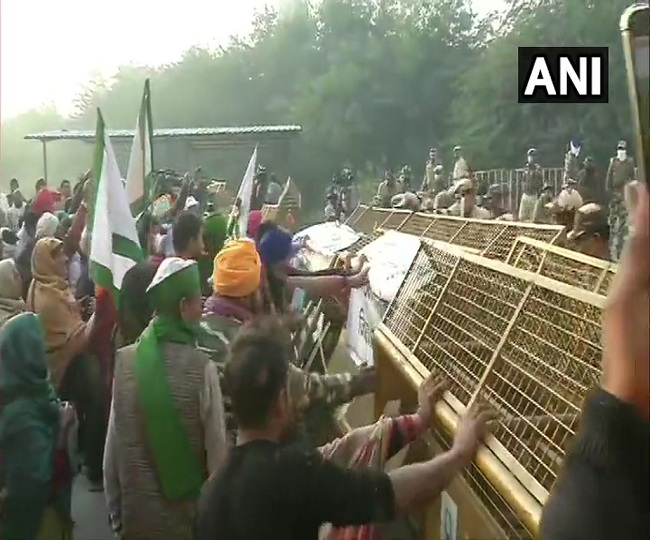 8:30 am: Tikri border, Jharoda Border, Jhatikra Border are closed for any Traffic Movement. Badusarai Border is open only for two-wheeler traffic

8:10 am: The chilla border on Noida link road is closed for traffic due to farmers protests near Gautam Budh Dwar. People are advised to avoid Noida link road for going to Noida and use NH 24 and DND instead for Noida

8:00 am: The talks with Centre on Tuesday ended without any conclusion with the farmer union leaders rejecting government's proposal to set up a committee to look into their issues.