Farmers' Protest: Farmers hold tractor march ahead of Friday's talks, say it's 'rehearsal' for Jan 26 | As it happened

Farmers' Protest: Meanwhile, Union Minister of State for Agriculture Kailash Choudhary on Thursday made an appeal to the agitating farmers to keep the protest march peaceful.

New Delhi | Jagran News Desk: The farmers on Thursday held a tractor march along the borders of Delhi in protest against the three agricultural laws that were passed in the monsoon session of the Parliament. Calling it a 'rehearsal' for Republic Day, the farmers warned that they will intensify their agitation untill the government withdraws the farm laws.

Meanwhile, Union Minister of State for Agriculture Kailash Choudhary on Thursday made an appeal to the agitating farmers to keep the protest march peaceful and emphasised that government was hopeful of a resolution on Friday. He assured that the farm laws brought by Prime Minister Narendra Modi government are for the welfare of farmers.

19:12 pm: "The government has been hosting meeting after meeting. They know what we want. We want the laws to be repealed, but all we get are futile talks. With this rally we want to give them a glimpse of what we can do, and what we will do on January 26," said a farmer leader, as reported by news agency PTI.

"Today the rally is happening on the periphery of Delhi, but when our farmer leaders decide that we need to enter the capital, we will do that," he added.

17:07 pm: In Gujarat, Chief Minister Minister Vijay Rupani today announced that farmers of all 18,000-odd villages in the state will get power supply during the day time for agriculture purposes by the end of the year 2022.

"Farmers have been demanding that they be given agricultural power supply during the day, as going to fields in the night to irrigate the crop is dangerous. That is why we have approved this scheme having a budget of Rs 3,500 crore," he said.

The (present) government wants to privatise the farm sector with the three agri-marketing laws, he added. 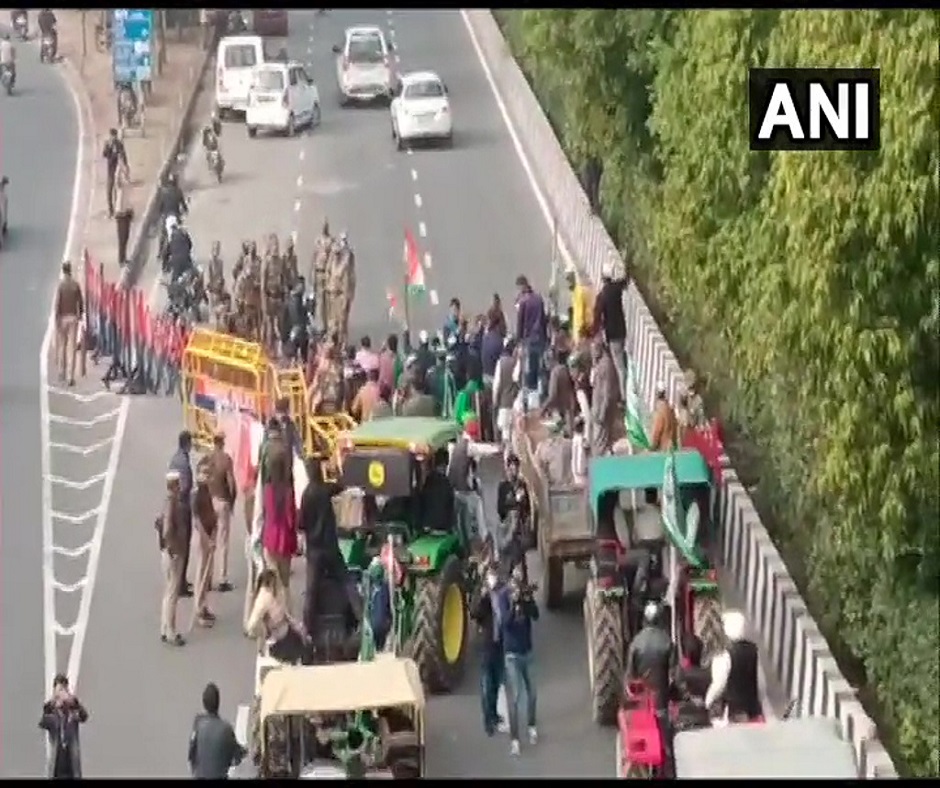 14:36 pm: There is a big section in the society which is supporting these farm laws. Those farmers should also be taken into consideration. I think we will move into the direction of finding a solution, says Union Minister of State for Agriculture Kailash Choudhary.

I want to reiterate that these three farm laws are revolutionary. Arthiyas have incited the farmers to sit on protest. They have misled them. We have plans to bring in more reforms like pesticide and seed bills. There was a time when farmers used to get bad pesticide and farmer was at a loss of product gets spoiled. We would ensure that farmers won't go through that and will be insured against losses. Modi government is working to make life better for farmers, he added.

13:49 pm: The farmers have described today's march as a "rehearsal" for January 26, reported news agency IANS.

13:00 pm: Meanwhile, Union Minister of State for Agriculture Kailash Choudhary today made an appeal to the agitating farmers to keep the protest march peaceful and emphasised that government was hopeful of a resolution tomorrow.

"I would like to appeal to farmers to keep it peaceful. It is their right to protest but there are people, like Communists, who are inciting farmers and don't want peace in the country. Farmers need to be cautious. I expect that tomorrow's meeting will bring some positive news," said Choudhary while speaking to the ANI.

"Prime Minister Modi wants the issue to be resolved soon. We want farmers to come to the discussion table. However, only yes and no can't be the way to resolve this issue. If farmers want amendments in these laws, we are ready for it," he added.

12:58 pm: According to a report by news agency PTI, women in rural Haryana have been receiving training on driving tractors for today's tractor march. 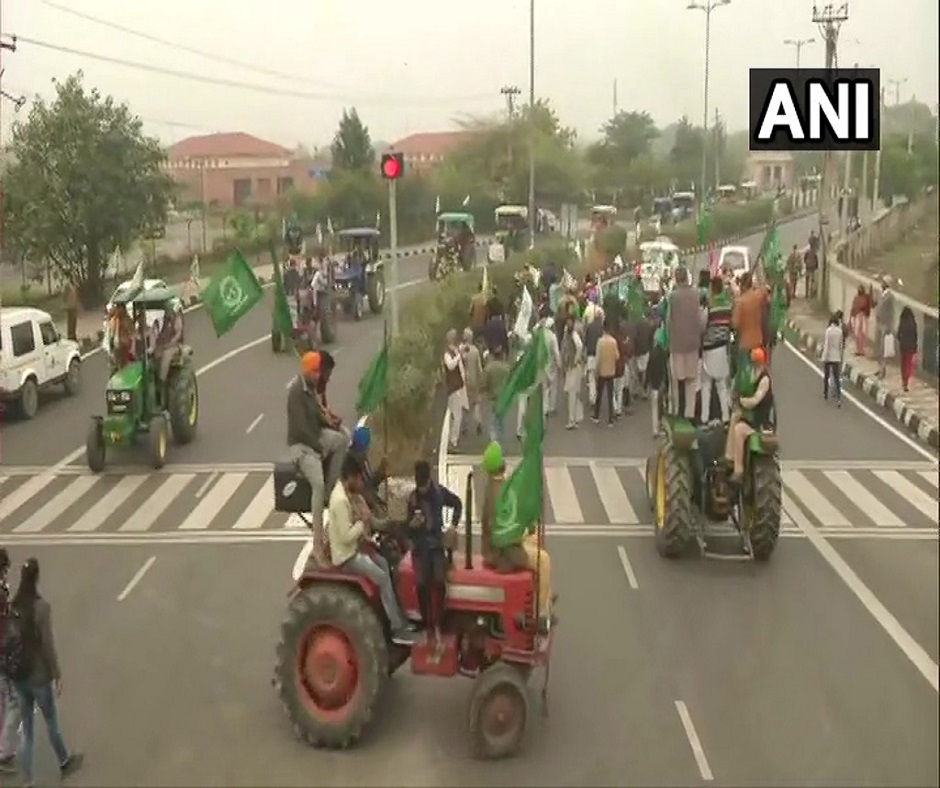 11:55 am: Obstruction in traffic in the carriageway from Badarpur towards Mehrauli due to ongoing work by DMRC near Tigri. Kindly avoid the stretch: Delhi Traffic Police

11:17 am: "We will head towards Singhu border from here," says a farmer holding a tractor rally in Haryana's Palwal. 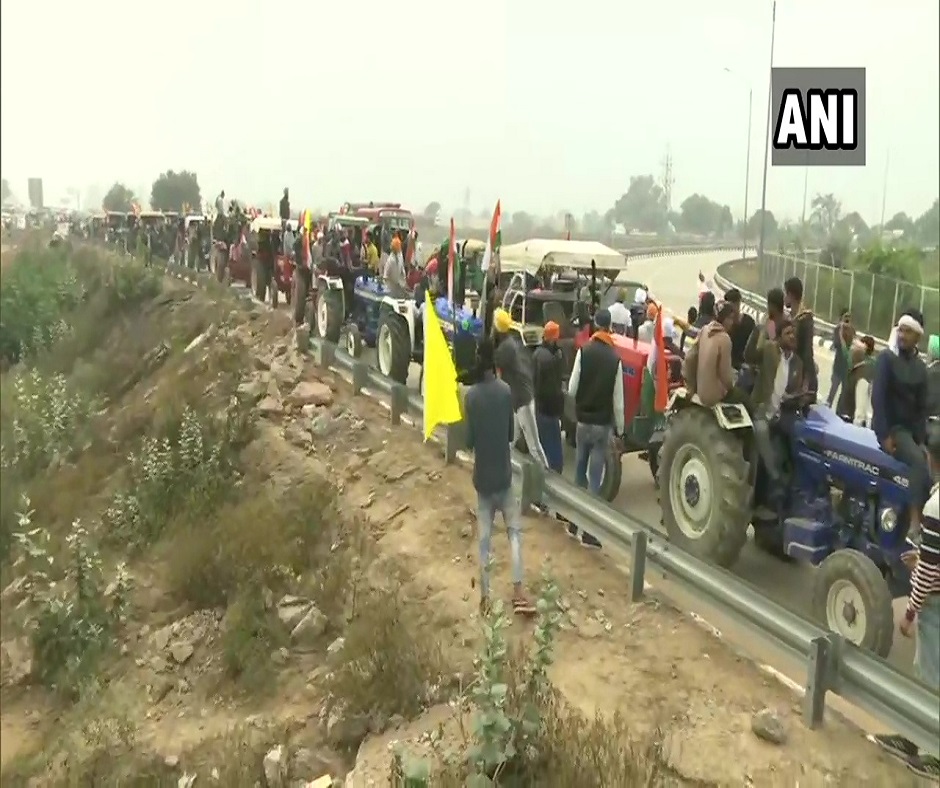 10:55 am: Farmers gear up for Jan 7 'tractor march' amid stalemate; SC to hear pleas against legislations next week

10:20 am: Earlier the farmers were to take out tractor rally till Palwal but now they will go only till Noida and return to Ghazipur. Sufficient police force deployed, video recording being done, says Shailendra Kumar Singh, ADM (City), Ghaziabad District, Uttar Pradesh.

The next round of talks between farmers and Union Government is scheduled to be held tomorrow. pic.twitter.com/zneC5drOSA

10:10 am: Protesting farmers to hold tractor rally today at four borders of Delhi including Eastern and Western peripheral expressways. Visual from Ghazipur border. 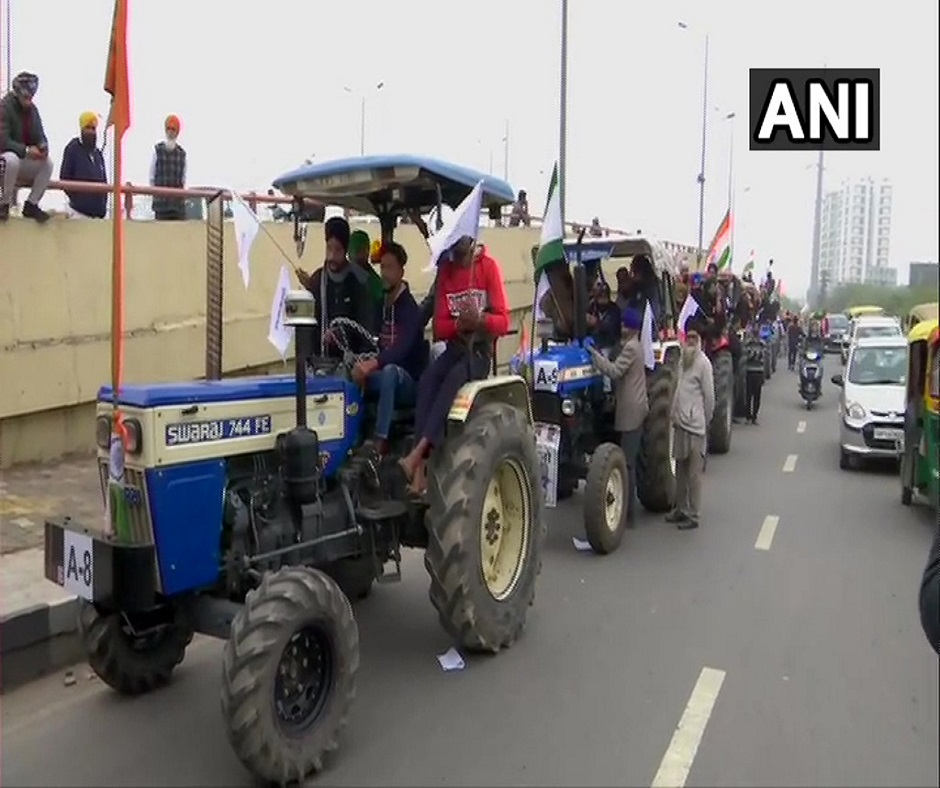 10:05 am: Heavy security deployed at Singhu border where farmers are protesting against farm laws. 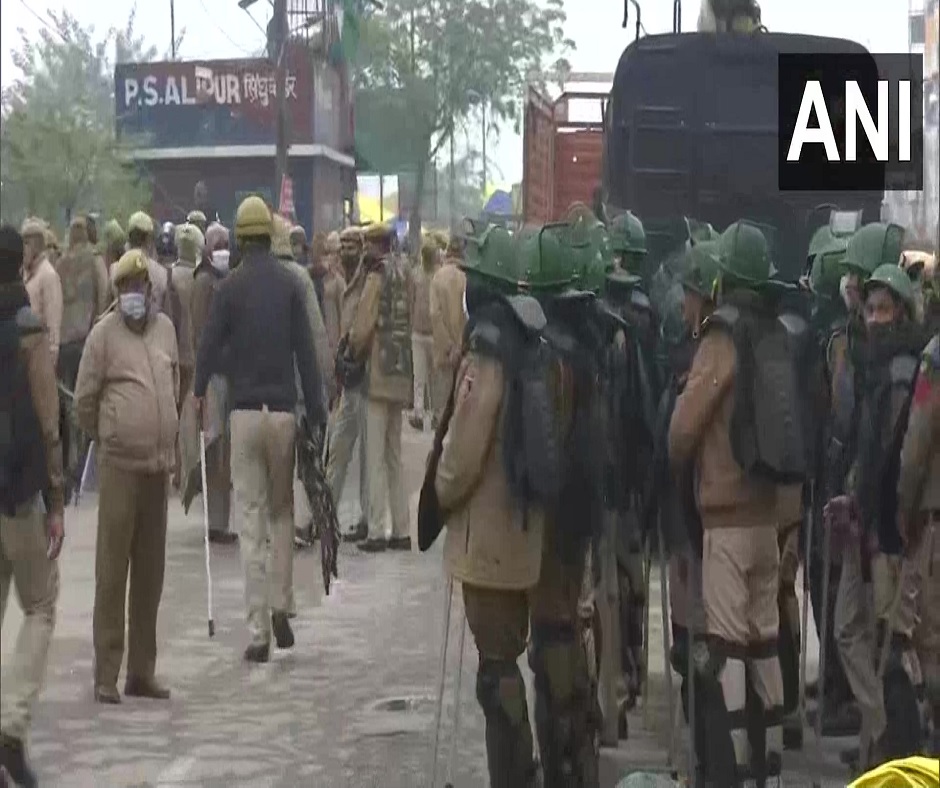 10:00 am: The National Highways Authority of India (NHAI), on the other hand, has said that the march will affect traffic on both eastern and western peripheral expressways.

"Tractors are not allowed on eastern periphery expressway and there will be traffic disruption if they carry out a march. We will speak to the district officials about the issue," a senior NHAI official said.

9:55 am: Meanwhile, police in Noida they will enforce diversions on the Kundli-Ghaziabad-Palwal or Eastern Peripheral Expressway.

9:50 am: The farmers have said that their march will go till Dasna, Aligarh road and then return to Ghazipur.

"This is a rehearsal for a similar rally on 26th Jan. Next round of talks with the Union Government will be held tomorrow," said Bharatiya Kisan Union leader Rakesh Tikait.

9:45 am: The farmers will hold a tractor march today along the borders of the national capital as a part of their protest against the three farm laws.