Ahead of farmers' 'Sadbhavna Divas', the Delhi Police has beefed up security across the national capital, especially at the Singhu border where a clash erupted between farmers and 'locals' on Friday.

New Delhi | Jagran News Desk: Days after Republic Day violence in Delhi, farmer unions will hold 'Sadbhavna Diwas' today as they observed a day-long fast on the 73rd death anniversary of Mahatma Gandhi. The farmers have warned to intensify their agitation unless the Centre withdraws the three contentious farm laws, saying more protesters from Haryana and Punjab will join the agitation in the next few days.

Ahead of farmers' 'Sadbhavna Divas', the Delhi Police has beefed up security across the national capital, especially at the Singhu border where a clash erupted between farmers and 'locals' on Friday. The locals had asked the farmers to vacate the protest site, saying they won't accept the disrespect of the national flag.

16:28 pm: Nobody would support January 26 violence, we condemn it. Everyone has strongly deplored the farce which some anti-social elements created at Red Fort. Farmers must put forth their demands peacefully. The restraint they showed while protesting for 65 days was commendable, says Rajasthan Chief Minister Ashok Gehlot.

Why are they not initiating a judicial inquiry? Those (farmers) who were protesting peacefully for around 70 days can't do something like this. Impartial probe must be done, he added.

15:57 pm: PM simply narrated discussion being held between government and farmers. He just said that Agricultural Minister assured farmers that he is a phone call away from them provided they accept government's proposal. Government is just hedging the issue out of its egoistic and obstinate mindset: Congress' AR Chowdhury

15:06 pm: In 11th Centre-farmer negotiation, we'd said that government is open for discussion. Agricultural Minister had said that he's just a phone call away, whenever you give a call he's ready for discussion. It still stands good. This is what PM said (in all-party meet), says Union Minister Pralhad Joshi.

14:45 pm: Retired and current officers of Delhi Police, members of families of Police personnel who were injured in the violence during farmers' tractor rally on January 26 and Delhi Police Mahasangh stage a demonstration at Shaheedi Park in protest against the attack. 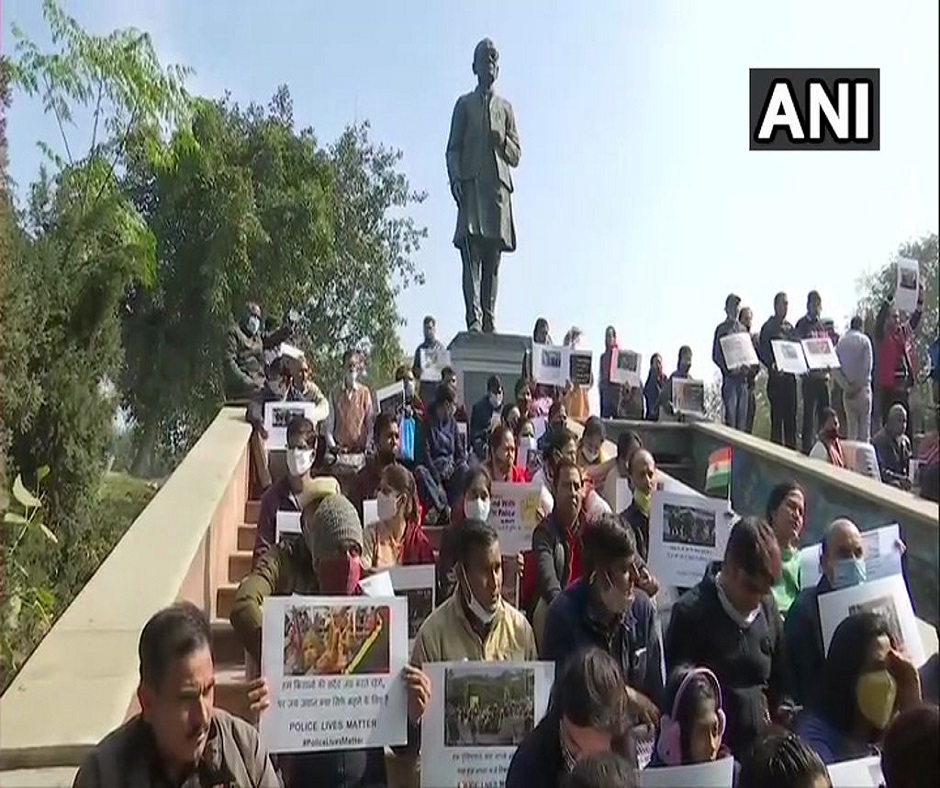 #VIDEO | I appeal to people to join the peaceful protest (in Delhi) but don't do anything in the flow of emotions if someone tries to instigate you: Farmer leader Balbir Singh Rajewal in Chandigarh

13:11 pm: Meanwhile, Canadian MP has condemned the Republic Day incident in New Delhi and said that he is concerned about the "violence against farmers in India".

"Those calling to harm farmers must be held accountable and the right to peaceful protest must be protected. I am calling on Justin Trudeau to condemn the violence, immediately," he said.

13:08 pm: Rashtriya Loktantrik Party chief Hanuman Beniwal has said that his party will not participate in today's all-party meeting called to discuss agenda for the Budget Session, in support of farmers' protest.

12:14 pm: The Delhi Traffic Police has informed that both carriageways of NH-24, to and from Ghaziabad and Ghazipur border, have been closed for commuters.

11:56 am: According to a report by India Today, internet services have been suspended at the Ghazipur border as a precautionary measure.

10:25 am: Heavy security deployment continues at Singhu on Delhi-Haryana border. 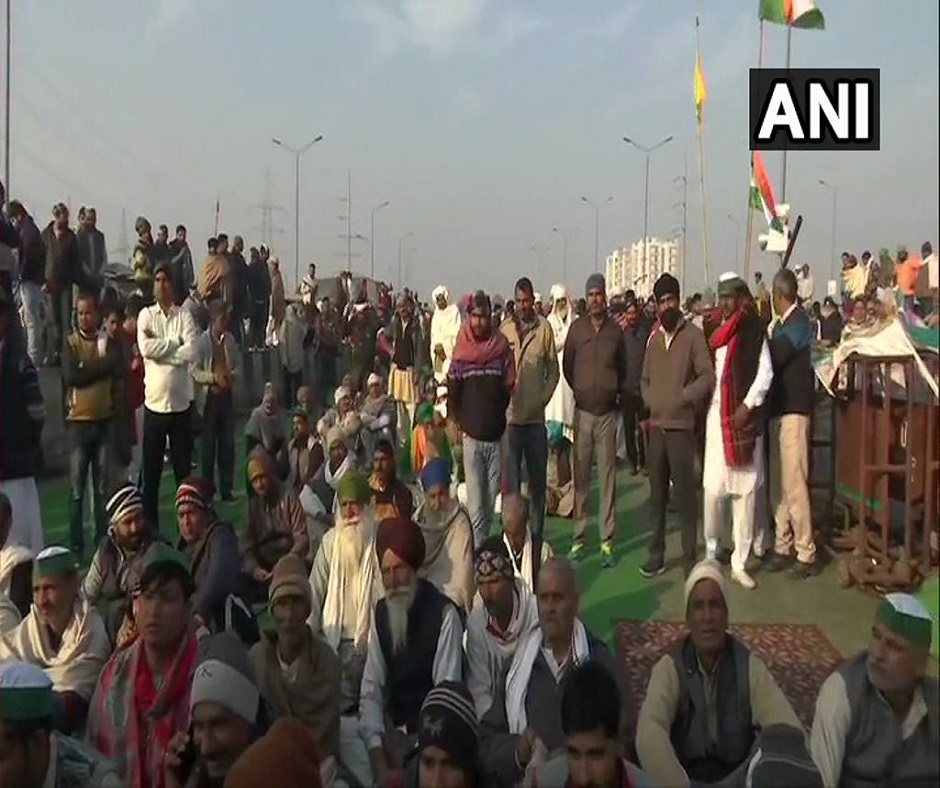 8:46 am: Farmers in Punjab's Bathinda decide to send one member of each family to farmers' protest at Delhi borders for a week.

"Those who won't go to protest will be fined Rs 1,500 and those not paying fine will be boycotted," says Sarpanch Manjit Kaur. 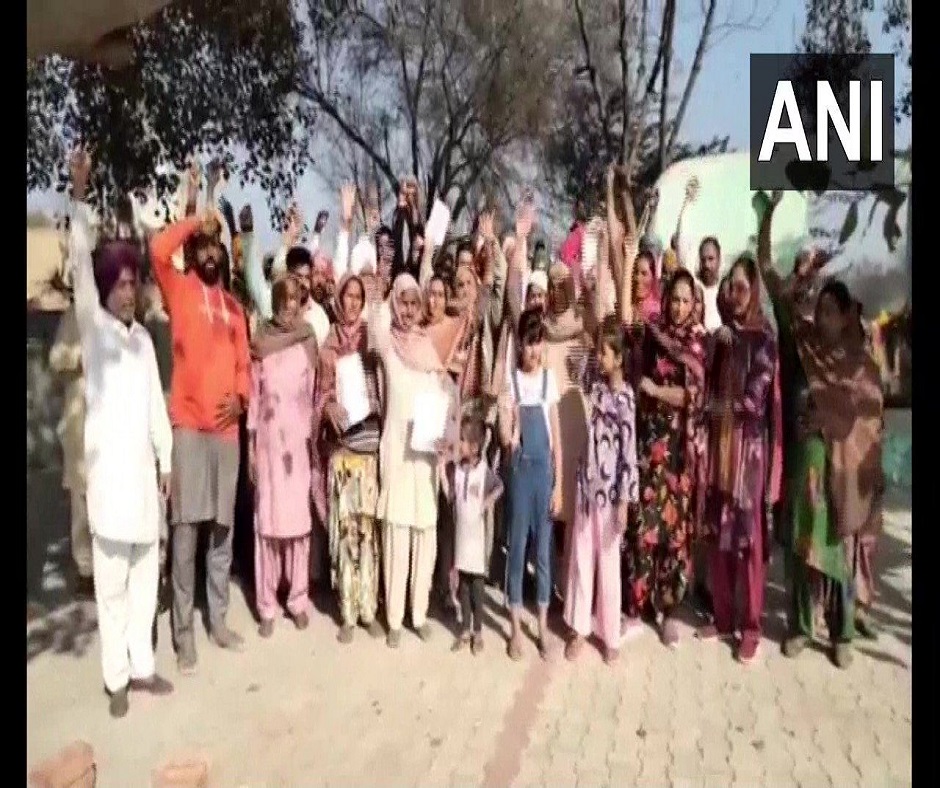 8:36 am: Also Read -- Anna Hazare calls off indefinite fast against agri laws, claims Centre agreed to some of his demands

8:24 am: The farmers have said that their agitation will continue unless the Centre withdraws the farm laws.

"We appeal everyone to take part in a nationwide hunger strike on Saturday," said a senior farmer leader on Friday.

8:21 am: The farmers will observe 'Sadbhavna Diwas' and observe a day-long fast today on Mahatma Gandhi's 73rd death anniversary.