Exclusive | 'Will win 2022 UP polls just like we defeated coronavirus crisis': Yogi Adityanath

Yogi Adityanath also expressed confidence about the 2022 Assembly elections and said that just like 'we have defeated Coronavirus, we will win the elections too'.

New Delhi | Jagran News Desk: Amid the grim situation due to the COVID-19 situation in the country, Uttar Pradesh Chief Minister Yogi Adityanath expressed optimism in battling the coronavirus pandemic after getting the expected results to control the surge of the deadly pathogen in the state. In a dialogue with Jagran Editorial Board on Wednesday, Yogi Adityanath also expressed confidence about the 2022 Assembly elections and said that just like 'we have defeated Coronavirus, we will win the elections too'.

Chief Minister Yogi Adityanath, in a virtual discussion with the Jagran editorial board, spoke extensively on all the topics and appreciated the factual journalism of Jagran amid the political uproar over the dead bodies found in the Ganga river. Adityanath, while praising Jagran, said that while all the people were busy spreading rumours and spoiling the atmosphere, Jagran stood with culture and nationalism.

A visit to Saifai, the main opposition Samajwadi Party's only stronghold, explains Yogi Adityanath's fine strategy. The message of non-discriminatory politics to the entire state and his inaction in the courtyard of the SP chief was taunted that those you chose are in home isolation. They may not be spared, but we stand with you in this crisis without any discrimination.

AMU is made from the resources of the country

Recently, the Chief Minister had also visited Aligarh Muslim University. When asked the specific reason, it is said that this university is also made of the resources of the country. Why should I refuse to go there? It was my moral responsibility to go there. We cannot allow any one place in the state to remain a separate island. 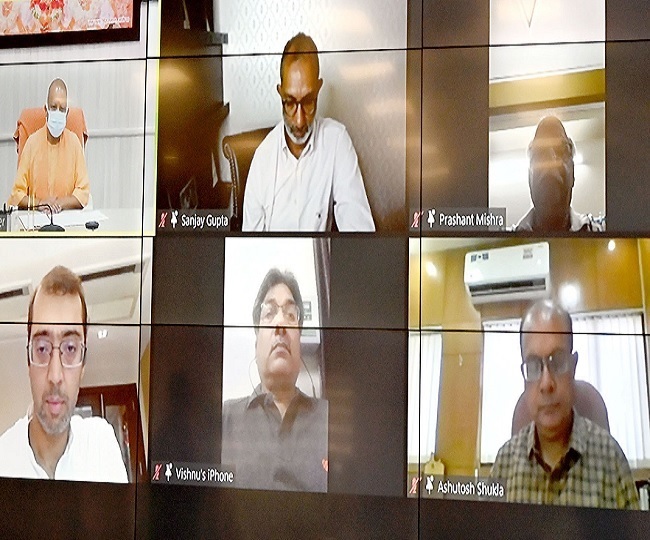 Preparations completed to deal with the third wave

Along with sharing the strategy to deal with the third wave of coronavirus infection, Adityanath assured that the preparations of the government are complete. He also said that the preparation for the assembly elections is also underway at a fast pace. Not considering the Panchayat elections as a measure of the mass base, he gave an example that in the 2016 Panchayat elections, the Samajwadi Party won its people, but what was the result in 2017 is known to all.

The opposition could not do anything except spread confusion.

Without naming any party, Yogi Adityanath targeted the opposition fiercely, accusing them of defaming the country and the state. He said that those people who have nothing to do with this culture made a malicious attempt to put the culture of India on the dock. An attempt to defame the country is treason. Angered by the propaganda of the opposition, Slamming the Congress, Yogi said 'those who are not able to come out Lutyens Zone and not remain in a position to talk after 6 pm are spreading rumours of infection in the villages of Uttar Pradesh'.

All ministers did a good job

CM Yogi Adityanath vehemently dismissed the question of reshuffle in the government and displeasure with some ministers. He said that all the ministers did better work in their respective fields. We have achieved success only through teamwork. Earlier, CM Yogi Adityanath was welcomed by Sanjay Gupta, Editor-in-Chief of Dainik Jagran and CEO.