Delhi Coronavirus News Updates: The death toll due in Delhi due to the deadly pathogen has also climbed up to 5,438 after 37 new fatalities were reported from the city during the same span of time.

New Delhi | Jagran News Desk: The coronavirus tally in Delhi crossed the 2.85-lakh mark on Saturday after 2,920 new infections were reported from across the national capital during the last 24 hours. The total caseload in Delhi now stood at 2,85,672. The came out of the 56,258 tests conducted the previous day. Delhi government has significantly ramped up testing in the past few days.

The death toll due in Delhi due to the deadly pathogen has also climbed up to 5,438 after 37 new fatalities were reported from the city during the same span of time. On September 29, 48 deaths were reported, the highest number of fatalities recorded in a day since July 16, when the city saw 58 fatalities.

Meanwhile, the active cases tally in the national capital stood at 26,450, while 2,53,784 patients have recovered, been discharged or migrated so far. The positivity rate stood at 5.19 per cent while the recovery rate was over 88 per cent, the bulletin said, adding the case fatality rate stood at 1.9 per cent. 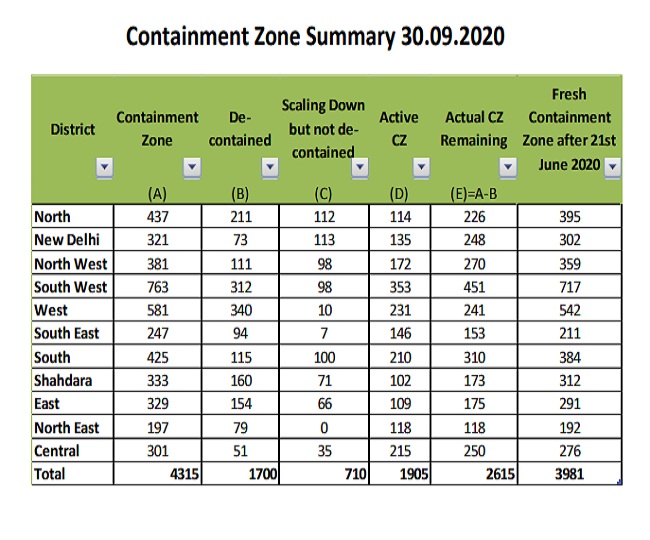 Meanwhile, the Centre had also announced the guidelines for the Unlock 5.0 -- the fifth part of the phase-wise upliftment of coronavirus-induced lockdown. In the new guidelines, the Centre has given more relaxations for the opening up of several activities, including cinema halls across the country with 50 per cent capacity. However, the Delhi government has ordered a status-quo on prohibited and permitted activities till October 31.