Delhi Coronavirus News: Since September, daily cases had begun to rise in the city, however, from the last week of September, it has started to come down a bit.

Meanwhile, the active caseload in the capital dropped to 22,186 on Wednesday from 22,720 on Tuesday taking the COVID-19 recoveries in Delhi to 2,70,305. The positivity rate on Wednesday stood at 5.57 per cent while the recovery rate was crossed 90 per cent, the bulletin said, adding the case fatality rate stood at 1.88 per cent.

Since September, daily cases had begun to rise in the city, however, from the last week of September, it has started to come down a bit. The Delhi government has also significantly ramped up testing in the past few days, with the count on several times crossing the 60,000-mark. 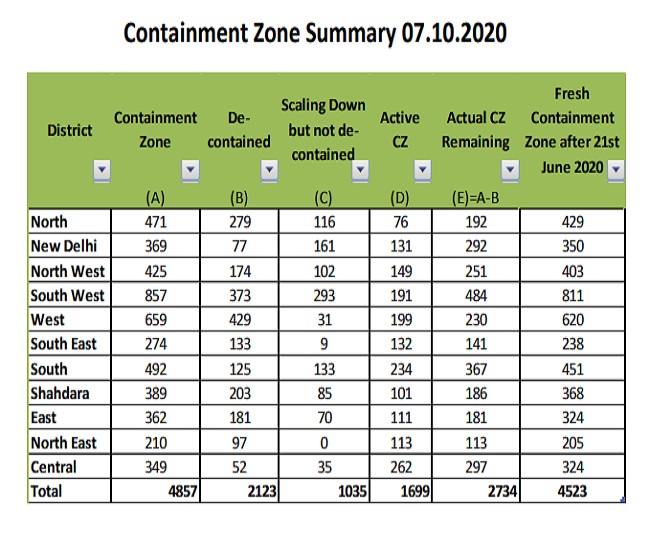 The Delhi government on Wednesday also announced that all weekly markets to function in the national capital with immediate effect. The decision was taken by the Delhi Disaster Management Authority (DDMA) after reviewing the COVID-19 situation in the city. Until now, the DDMA had allowed only two such markets to open daily in every municipal zone.

The Delhi government also permitted reopening of cinemas, theatres and multiplexes with up to 50 per cent of their seating capacity from October 15. According to an order issued by the Delhi Disaster Management Authority (DDMA), such establishments will remain closed in COVID-19 containment zones in the national capital.

The decision to allow the reopening of cinemas, theatres and multiplexes was taken after the COVID-19 situation in Delhi was reviewed. However, authorities have not yet taken any decision on reopening of swimming pools, colleges and coaching institutes.