Delhi Air Pollution: As Delhi gasps for breath, 32 flights diverted from IGI due to low visibility

Just a day before the Delhi government’s ‘odd-even’ scheme is going to come into effect, the air quality in the national capital continues to get deteriorated with the Air Quality Index (AQI) in Punjabi Bagh and Narela reaching above 999 mark at 6 am.

New Delhi | Jagran News Desk: As the air pollution levels in Delhi continued to deteriorate further, the Delhi Airport had stated that due to the bad weather and low visibility due to the smog in  the national capital, 32 flights have been diverted to other routes from the Indira Gandhi Airport (IGI) in Delhi.

Delhi Airport statement: Due to low visibility at Delhi Airport 32 flights have been diverted. pic.twitter.com/k46FNSaSmv

Air pollution in Delhi plummeted to ‘hazardous levels’ with the Air Quality Index (AQI) measuring at 625 at 10 in the morning. Pollution levels at Dhirpur in West Delhi were at 509, while in Delhi University area it was 591. In Delhi's famous Chandni Chowk area, the AQI was recorded at 432 while in Lodhi road it was 537, according to the weather department.

People also complained of irritation in eyes and suffocation due to the dense smog covering the national capital. Besides Delhi, pollution levels in Noida, Ghaziabad, Gurgaon, Faridabad also recorded between severe to hazardous levels with PMs ranging from 400 to 709. 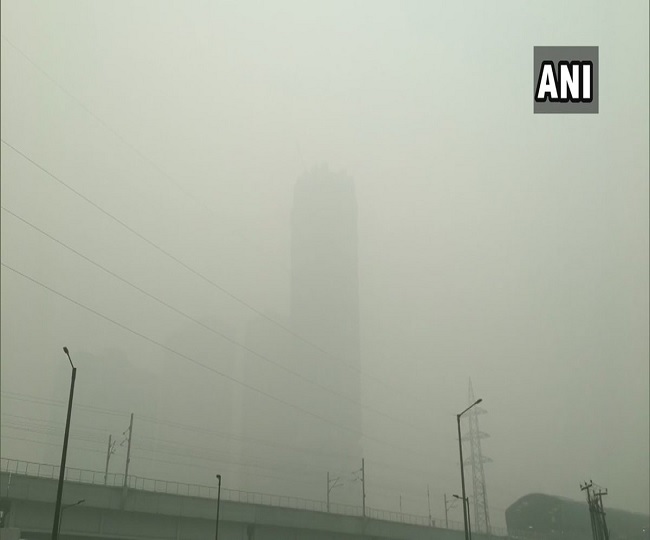 Flights were also delayed due to the dense smog and poor visibility.

Air India: Due to bad weather, flight operations affected since 9 am at Terminal-3 of Delhi Airport. 12 flights have been diverted to Jaipur, Amritsar and Lucknow. https://t.co/aGg47IFMg4

Delhi Airport statement: Due to low visibility, flight operations at Delhi Airport are affected. All category-2 compliant pilots are able to operate. pic.twitter.com/1RxIIep1Ei

Just a day before the Delhi government’s ‘odd-even’ scheme is going to come into effect, the air quality in the national capital continues to get deteriorated with the Air Quality Index (AQI) in Punjabi Bagh and Narela reaching above 999 mark at 6 am.

Other areas in Delhi also registered AQI of above 999 mark. According to government air quality monitor, AQI in Rohini touched 967, 999 touched in Bawana at 7 am, Pusa touched the mark of 947 while the AQI near Major Dhyan Chand Stadium reached 930.

The increase in AQI comes after the government claimed that the share of stubble burning in Delhi’s pollution reduced from 44 per cent on Friday -- season’s highest -- to 17 per cent of Saturday. 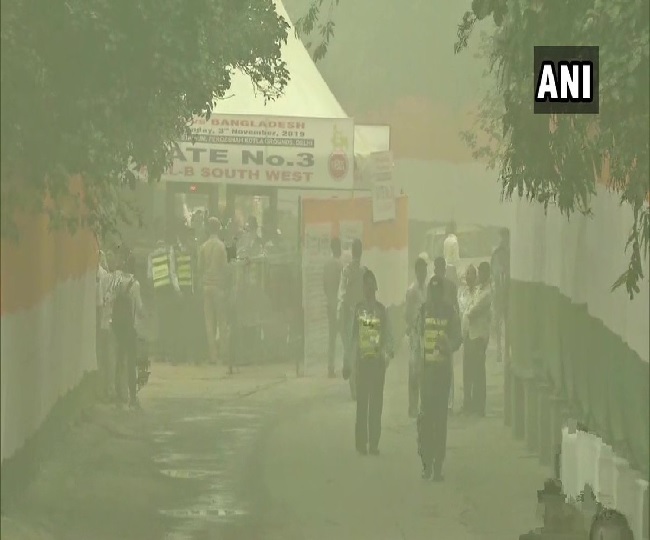 On Saturday, the weather department had predicted that there is a significant improvement in wind speeds and it is likely to increase in the coming days. It had also said that scattered rainfall is also likely to happen on November 7 and 8 in Delhi, Punjab, Haryana, and Rajasthan. The rainfall is likely due to the influence of cyclone ‘Maha’ and a fresh western disturbance, which will help in washing away the pollutants. 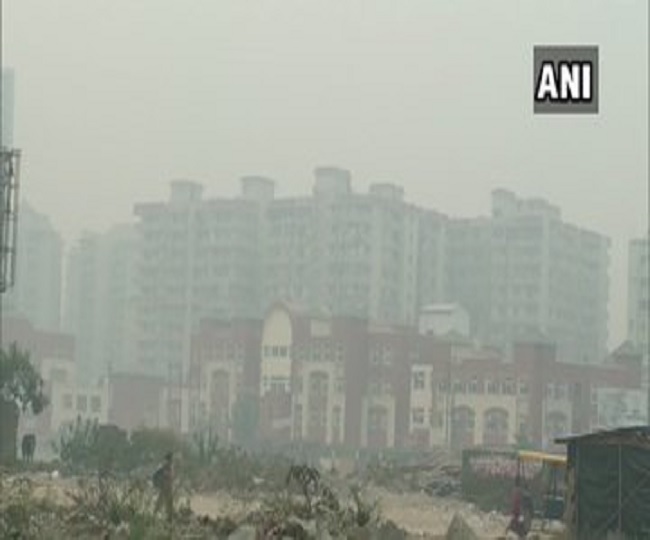 Meanwhile, the blame game continues as Delhi deputy Chief Minister Manish Sisodia had accused Union Environment Minister Prakash Javedkar of postponing the meeting on three occasions -- September 12, October 17 and on October 19 -- with state environment ministers, saying that he does not consider treating the national capital's poor air quality a priority.

The authorities on Saturday had also arrested 38 people including a director and engineers from construction sites in Noida and Greater Noida for violating the ban on construction activities. The South Delhi Municipal Corporation also issued four challans of Rs 5 lakh each to construction companies involved in the ongoing development work in Pragati Maidan.

On Friday, the Supreme Court-mandated Environment Pollution (Prevention and Control) Authority declared the public health emergency, following which the Delhi government decided to shut all schools. The EPCA also banned construction activities in Delhi-NCR till November 5. 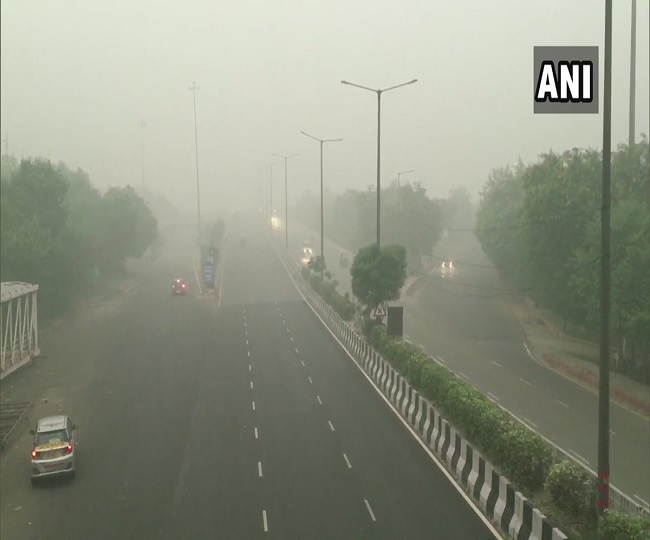 The odd-even scheme is going to start from November 4 till November 15, and this time even the private CNG vehicles are not exempted. Cab aggregators Ola and Uber have deactivated surge-pricing for the 12-day duration of odd-even. However, two-wheelers forming around 88 per cent of total registered vehicles are exempted on the roads.