New Delhi | Jagran News Desk: Cyclone 'Amphan' intensified into a super cyclonic storm on Monday and is likely to move across northeast Bay of Bengal and cross West Bengal and Bangladesh coasts between Digha and the Hatia island on May 20, the IMD said.

The Cyclone is likely to move north-northeastwards and across northwest Bay of Bengal and cross West Bengal and Bangladesh coasts between the sea resort of Digha (in West Bengal) and Hatia island (in Bangladesh) as very severe cyclonic storm, the IMD said.

The wind speed due to the supercyclone over the Bay of Bengal may go up to 230 kmph and even 265 kmph, but 'Amphan' will gradually weaken on the sea itself before its landfall on May 20, the department added.

Here are the Highlights about CYCLONE AMPHAN:

5:00 pm: We are expecting a slight delay in the arrival of monsoon in Kerala due to tropical cyclone. Monsoon is expected to hit Kerala coast by June 5: IMD chief Mrutyunjay Mohapatra

4:55 pm: SMS alerts are being generated to people in affected dists, for evacuation. It is upto state govts that in what frequency they want to send alerts. It's free of cost. It'll be in local languages.Intra-circle roaming will continue after cyclone crosses: Telecom Secy

4:50 pm: Telecom service providers have been asked to arrange sufficient no.of generator sets with enough diesel&station them in all dists so that if there is any power disruption, then the towers can be restarted with the help of these gen-sets: Telecom Secy Anshu Prakash

4:45 pm: It is very likely to move north-northeastwards across northwest Bay of Bengal and cross West Bengal – Bangladesh coasts between Digha (West Bengal) and Hatiya Islands (Bangladesh) close to Sundarbans during afternoon to evening hours of 20th May 2020: IMD

4:25 pm: This is the most intense cyclone - the second super cyclone - which has been formed in Bay of Bengal after 1999. Its wind speed in the sea right now is 200-240 kmph. It is moving towards north northwestward direction: IMD chief Mrutyunjay Mohapatra

4:15 pm: Every Battalion has 4 teams, so there are 24 teams on standby: NDRF Chief SN Pradhan Amphan Cyclone 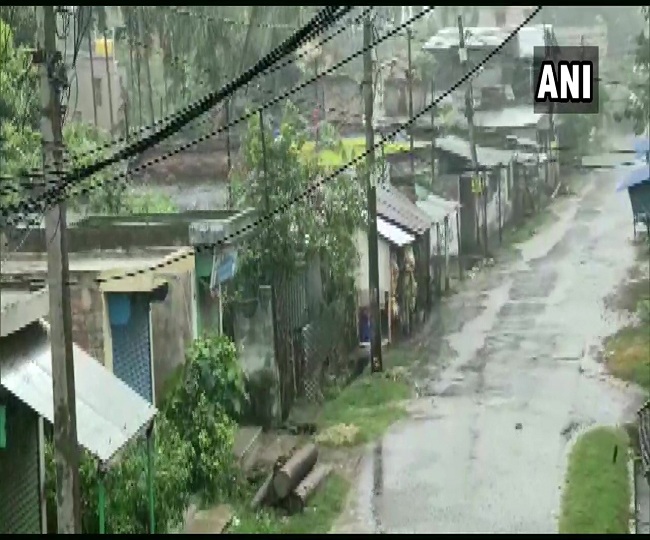 2:10 pm: They also informed all actions have been taken to stock food grains, drinking water and other essential supplies. Teams for maintenance and restoration of power and telecom services have also been positioned: Ministry of Home Affairs (MHA)

2:00 pm: Chief Secretary, Odisha and Additional Chief Secretary, West Bengal apprised National Crisis Management Committee (NCMC) of preparatory measures taken by them. They informed that evacuation of people from the low lying areas is being carried out: Ministry of Home Affairs (MHA) 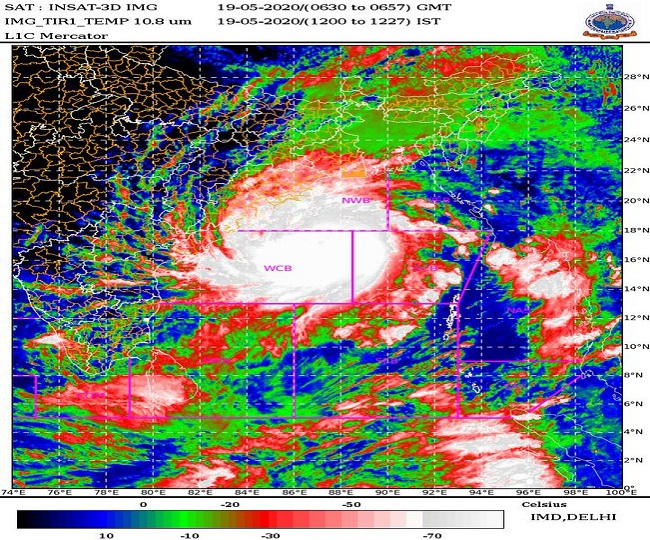 12:45 pm: West Bengal: Residents of Tajpur, East Medinipur create a temporary fence along the coast, in the wake of Amphan Cyclone 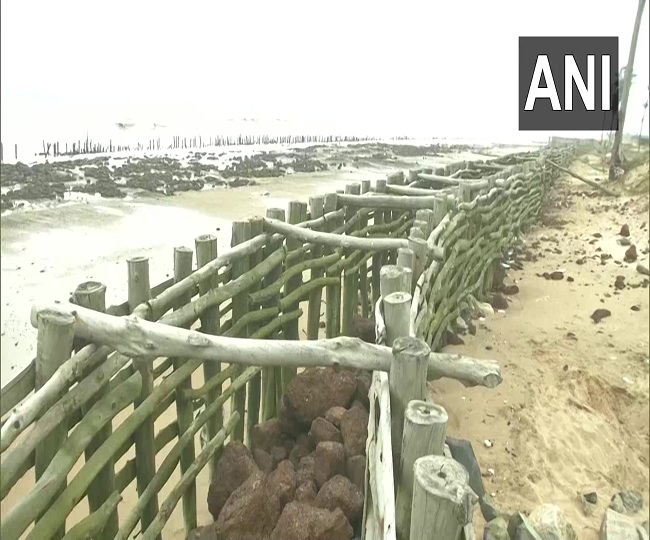 12:15 pm: India Meteorological Department (IMD) has issued a warning to suspend all fishing activity in West Bengal and Odisha till May 20, in the wake of super cyclone #Amphan; Visuals from Odisha's Bhadrak, one of the 6 districts expected to be affected due to the cyclone 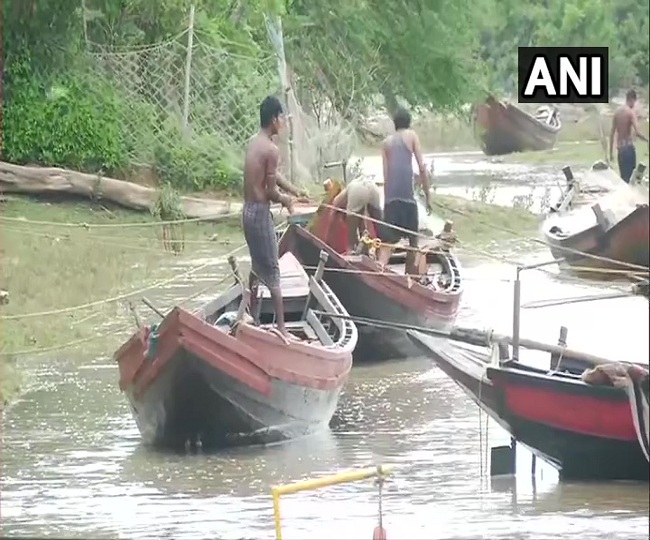 11:55 am: Home Minister Amit Shah has also spoken to Odisha Chief Minister Naveen Patnaik and reviewed the preparedness. He again reiterated that Central Government is ready to provide any support needed from them by both the affected states: Ministry of Home Affairs (MHA)

11:40 am: The Super Cyclone ‘AMPHAN’ is now being continuously tracked by the Doppler Weather Radar (DWR) at Vishakhapatnam (Andhra Pradesh): IMD

11:30 am: Home Minister Amit Shah has spoken to West Bengal CM Mamata Banerjee on AmphanCyclone. He has assured West Bengal CM that the Centre is committed to helping the state&already teams of NDRF have been deployed. Centre is ready to give any assistance the state requires: MHA sources

11:15 am: India Meteorological Department (IMD) has issued a warning to suspend all fishing activity in Bengal and Odisha till May 20, in the wake of super cyclone Amphan; Visuals from Odisha's Paradip 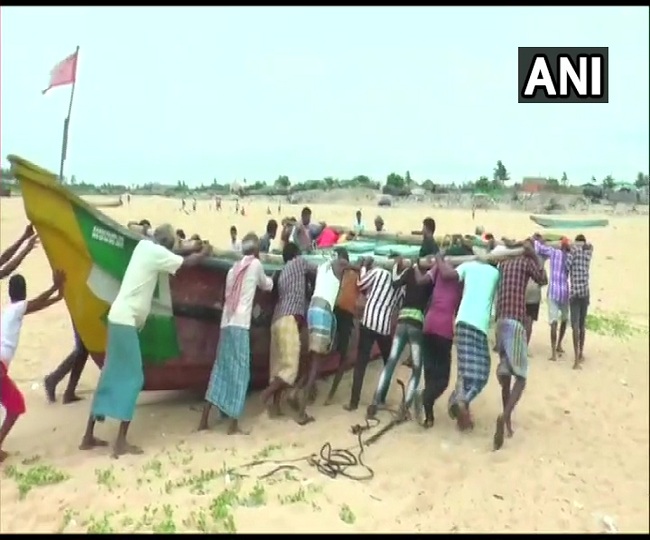 10:45 am: Kendrapara, Bhadrak, Balasore, Mayurbhanj, Jajpur & Jagatsinghpur districts to be most affected. We are expecting it will cross land by becoming a very severe cyclonic storm: Umashankar Das, Deputy Director, IMD Bhubaneswar, Odisha on Amphan Cyclone

10:15 am: Odisha: A team of National Disaster Response Force deployed in Jagatsinghpur urges villagers to shift to cyclone shelters in the area, in the wake Amphan Cyclone

9:45 am: Cabinet Secretary Rajiv Gauba to chair a meeting of the National Crisis Monitoring Committee at 12.00 noon today. Apart from the readiness of NDRF and defence forces, power and telecommunications departments directed to be ready with emergency response.

9:15 am: Tripura govt has directed its Dist administrations to take necessary preparedness measures as IMD Agartala has forecast thunderstorm accompanied by lightning,gusty wind speed reaching 40-50kmph&heavy rainfall at isolated placed in all districts during 20-21May

8:55 am: Odisha: Residents from coastal areas of Jagatsinghpur were shifted to a cyclone shelter last night, to protect them from heavy rains and winds to be caused by super cyclonic storm ‘AMPHAN’ 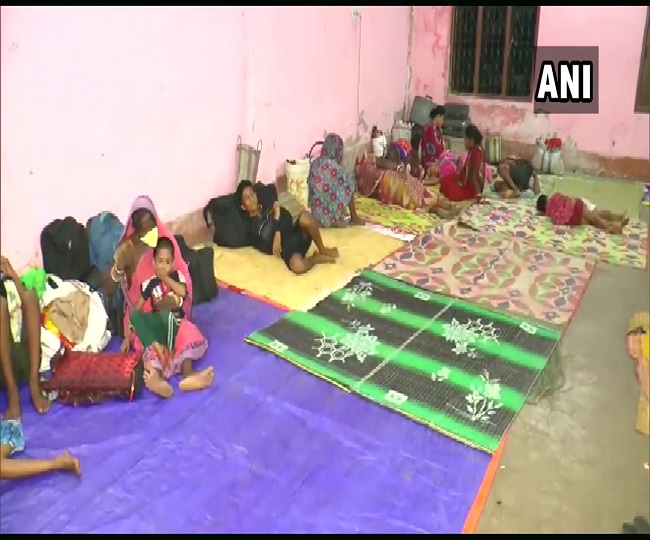 8:40 am: It's very likely to weaken into an extremely severe cyclonic storm during next 6 hrs. It's very likely to move north northeastwards across northwest Bay of Bengal&cross W Bengal–Bangladesh coasts b/w Digha&Hatiya Islands close to Sundarbans during afternoon/evening of 20 May: IMD 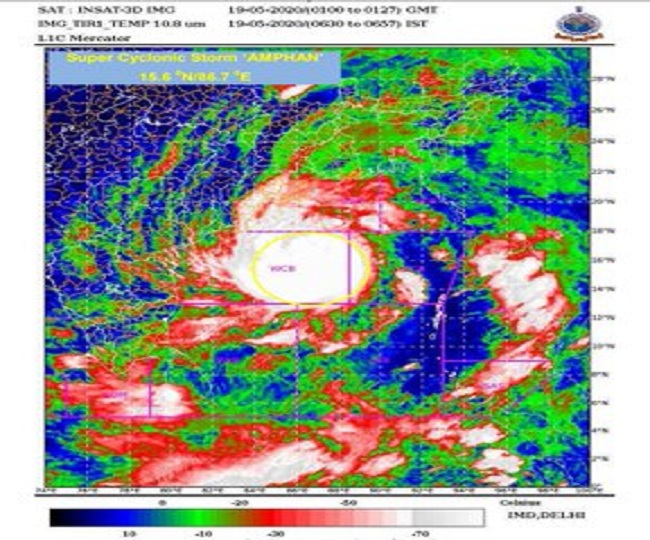 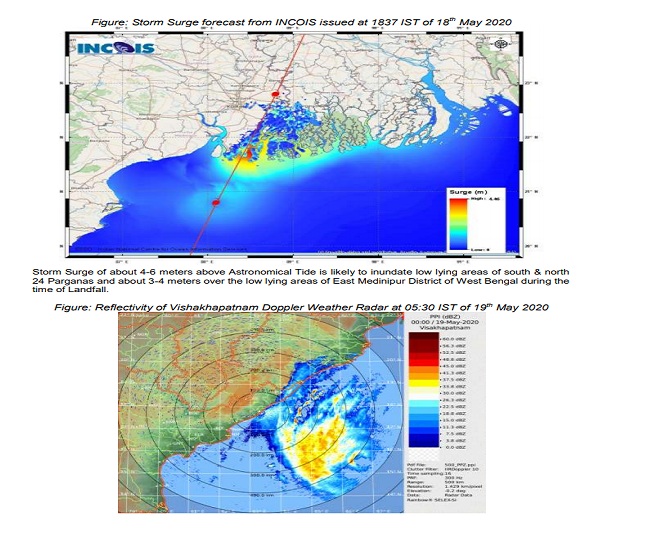 8:10 am: #AmphanCyclone is very likely to move north-northeastwards across northwest Bay of Bengal&cross West Bengal–Bangladesh coasts between Dig&Hatiya Islands (Bangladesh) close to Sundarbans during afternoon/evening today as an Extremely Severe Cyclonic Storm: IMD 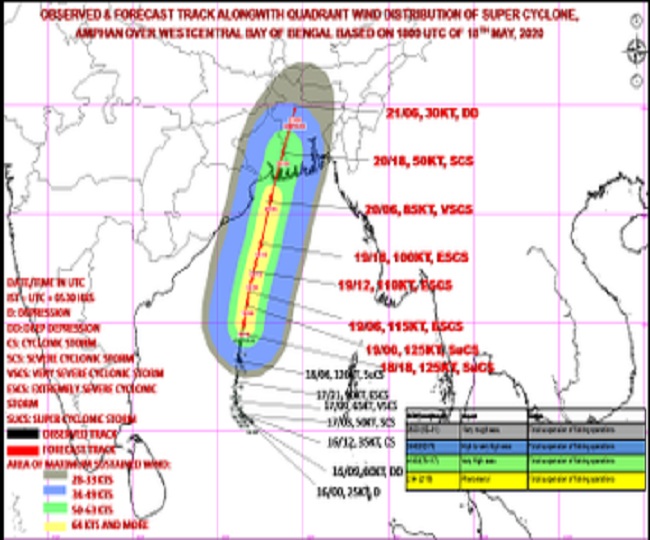 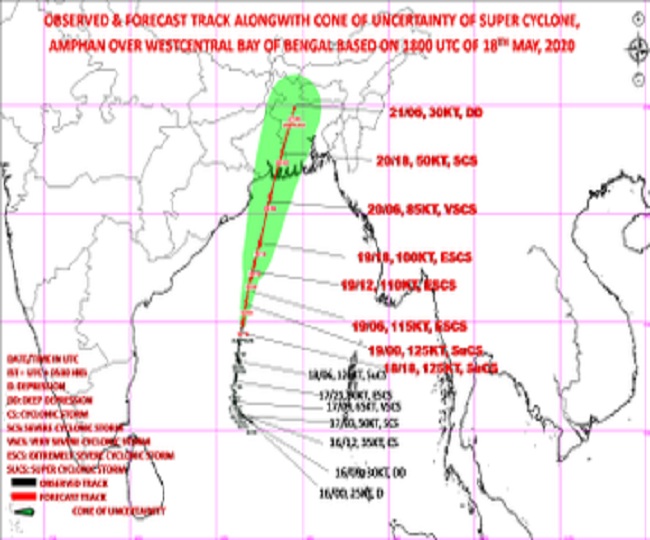 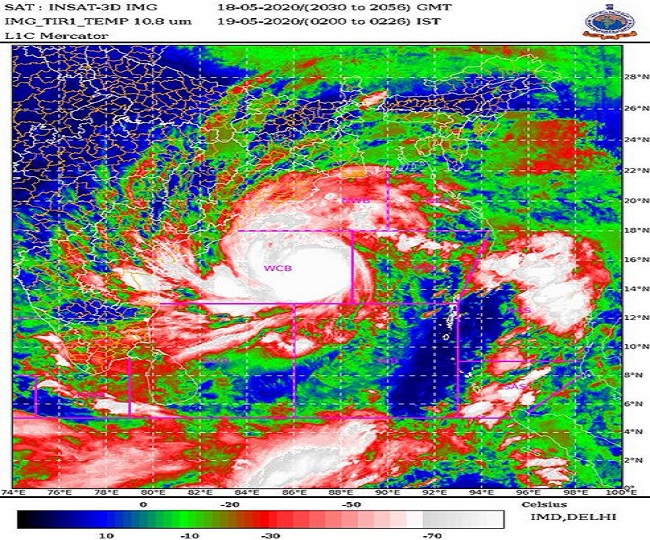 Meanwhile, in view of the impending cyclone Amphan, 32 teams of National Disaster Response Force (NDRF) have been deployed in Odisha and West Bengal, and 21 teams have been kept on standby.