To get de-sealed, hotspots should not report any COVID-19 case for 28 consecutive days.

New Delhi | Jagran News Desk: With the risk of coronavirus spreading further in densely populated cities, Tamil Nadu Chief Minister K Palaniswami on Friday ordered tightening of the lockdown in Chennai, Coimbatore, Tiruppur, Salem and Madurai. The decision was taken after Palaniswami chaired a review meeting on the coronavirus spread in the state.

The state government had earlier announced several areas of cities such as Chennai, Coimbatore and Vellore as hotspots/ containment zones or red zone-- since maximum cases have been reported from these areas. There are a total of 388 containment zones across 34 districts of the southern state.

According to the latest data by the Union Health Ministry, Tamil Nadu has reported 1,683 cases with 20 deaths. At the same time, 752 have recovered the disease.

Here's the full list of containment zones in Tamil Nadu

Chennai has 13 urban zones, Coimbatore has 8 rural and 10 urban zones.

Madurai has five each hotspot in rural and urban zones. Salem has 15 rural zones and 11 urban zones.

Also Read
SC asks Centre to prepare for third wave of COVID-19 which may affect..

Red zones are areas where the maximum number of coronavirus cases have been reported.

In Chennai, the majority of hotspots are in northern parts of the city such as Roypauram ad Tondiarpet.

Here is the complete list of containment zones in the city: 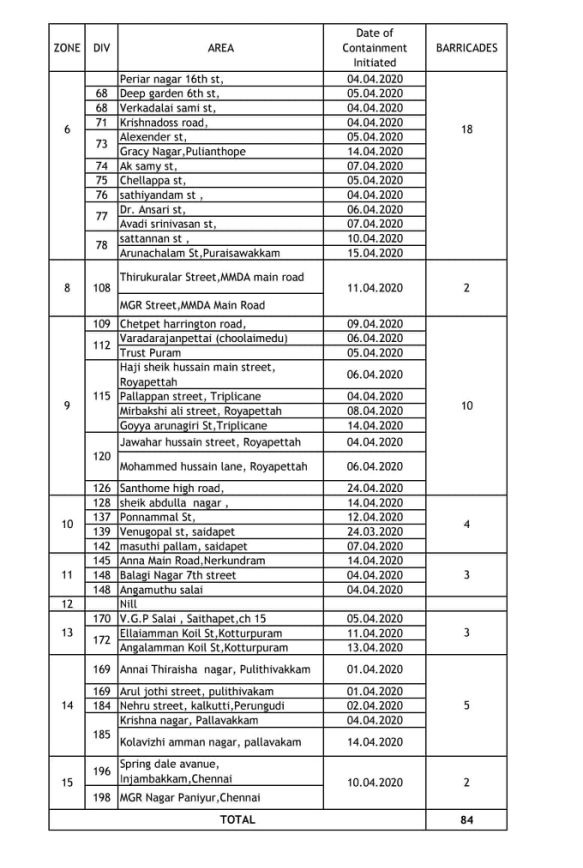 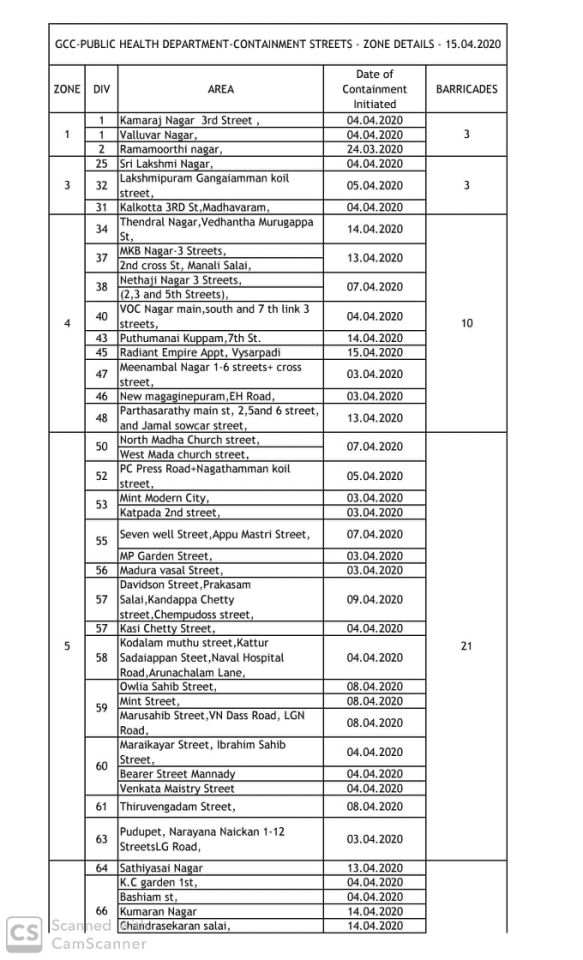 In the Coimbatore district, there are 18 containment zones.

What is a containment zone:

A containment zone is an area where the majority of coronavirus cases have been found. Strict measures are put in place in these areas to prevent the spread of COVID-19. These zones are marked to map local transmission.

The containment operation includes sealing off the area with police barricades and shutting the entry and exit with tin walls. To get de-sealed, such areas should not report any COVID-19 case for 28 consecutive days.