New Delhi | Jagran News Desk: The coronavirus cases in the national capital are on a rapid rise crossing the 26,000-mark with death toll mounting to 708. Delhi, on Friday recorded 1,330 new infections taking its toll to 26,334.

The sharp rise in cases of coronavirus was seen after the Centre eased the restrictions while announcing Unlock 1.0 under the fifth phase of the nation-wide lockdown. More than 3,500 cases have been reported in Delhi in last 3 days. On Wednesday, Delhi recorded 1,515 new infections which is the highest spike in fresh cases till now.

Here is the district-wise list of containment zones in Delhi:

Here is a list of 163 containment zones in Delhi: 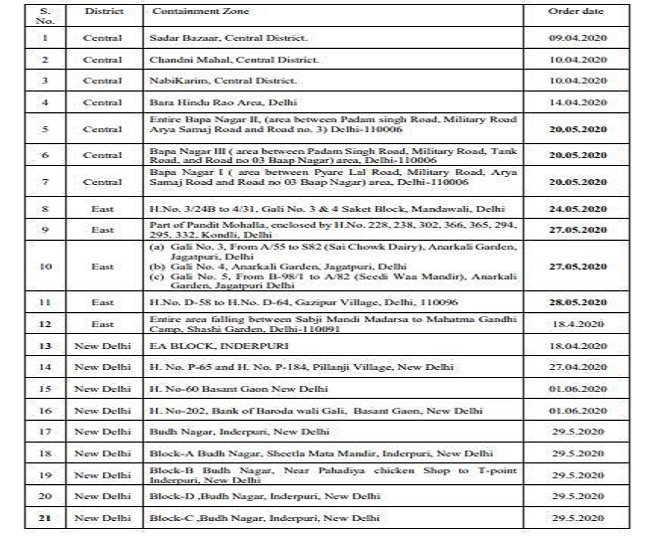 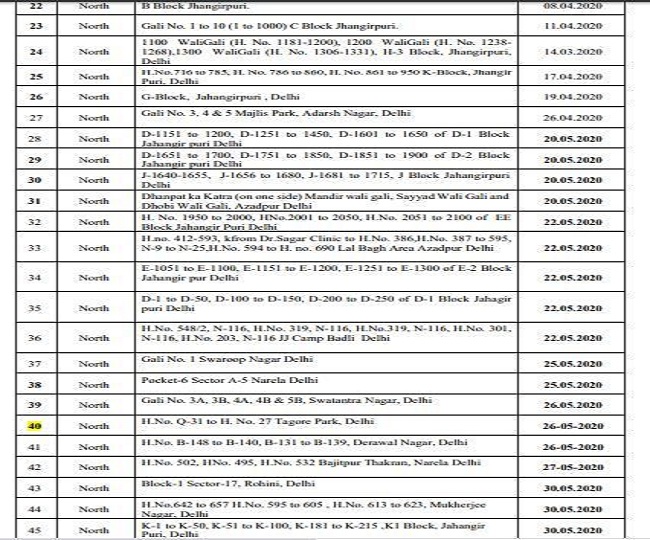 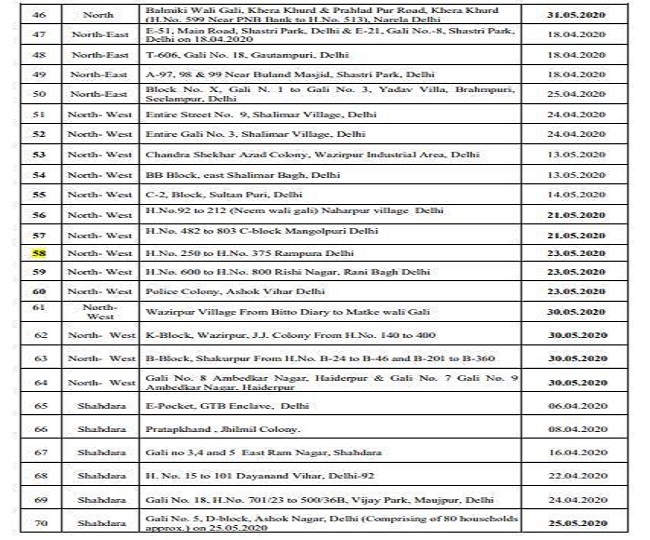 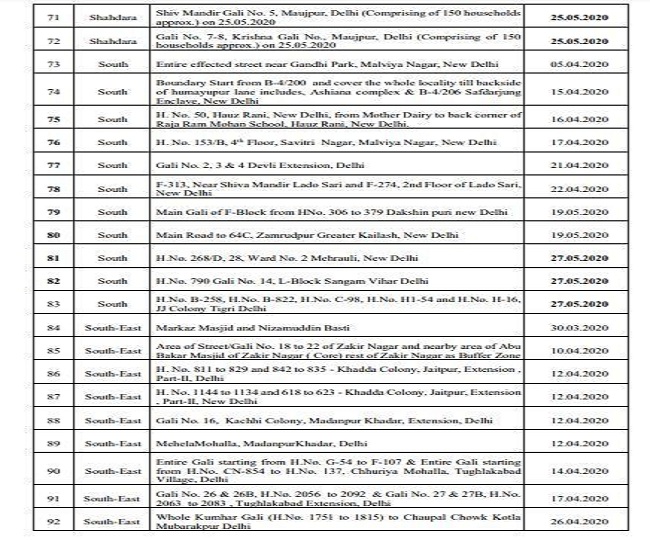 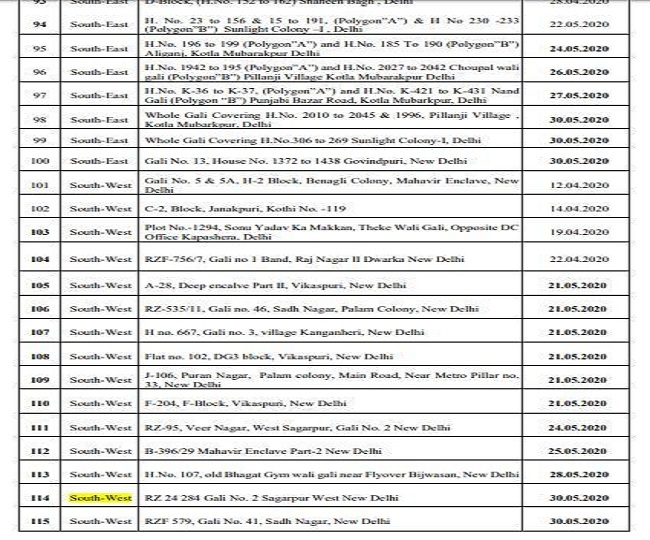 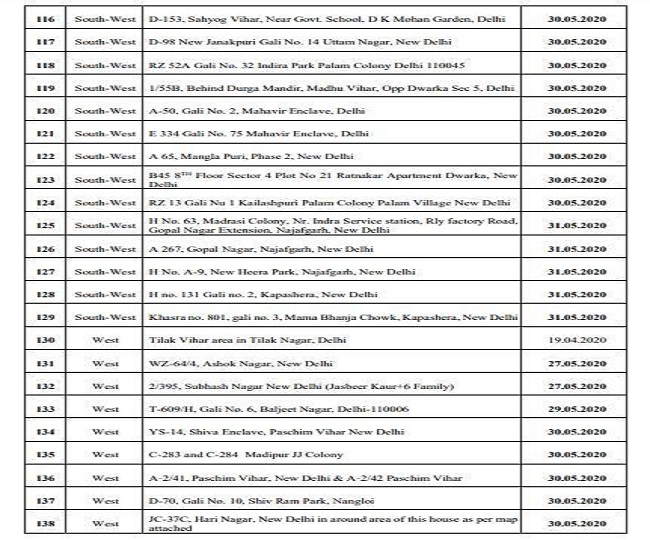 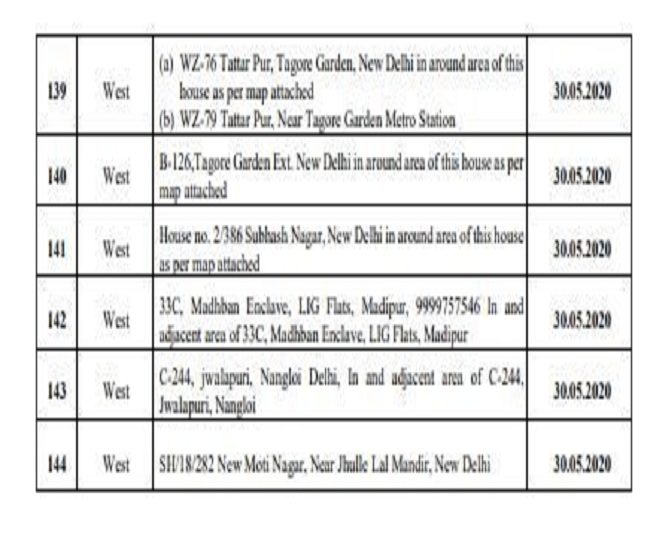 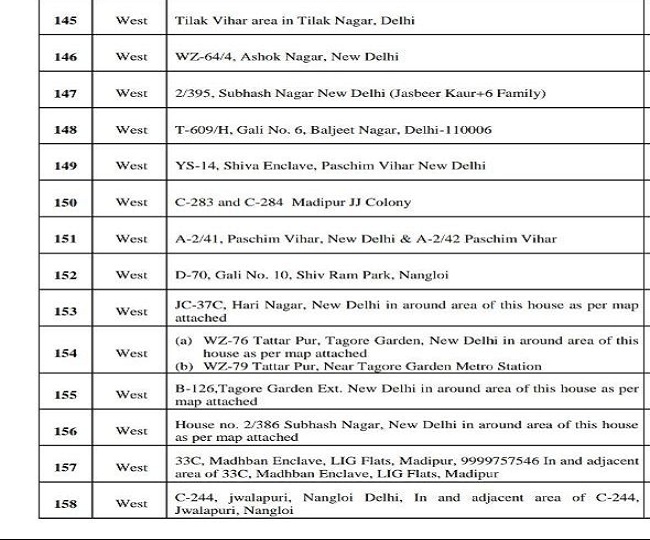 Meanwhile, Delhi Heath Minister Satyendar on Friday said reports that there is a "shortage of beds" for COVID-19 patients in city hospitals were "misleading". "The truth is, there is absolutely no shortage of beds in Delhi at the moment," he was quoted as saying in a statement.

The bulletin said, an order has been issued to all dedicated COVID-19 hospitals on reporting of daily admissions and discharging of positive patients and changes in bed availability status on a real-time basis according to the reporting format provided to them since this data will be reflected on Delhi Corona App.