Kejriwal took oath as the Delhi chief minister for the third successive time on Sunday.

New Delhi | Jagran News Desk: The mini mufflerman or baby Kejriwal who was officially invited to the oath-taking ceremony in Delhi on Sunday yet again stole the show during the CM's oath-taking ceremony. Cameramen were quick to roll towards him as soon as he arrived at the event.

The child dressed as Kejriwal (wearing cap, red sweater, mustache, and a muffler) had gone viral on social media after his presence at Aam Aadmi Party (AAP) office on the counting day.

As mini mufferman made his presence felt at the swearing-in ceremony, here's how the netizens reacted on Twitter.

Earlier on February 11, AAP had shared his picture on Twitter. It garnered over 32,500 likes and more than 4000 retweets.

The new trend made other parents also dress their children as the 51-year-old Kejriwal who were present at the swearing-in ceremony. 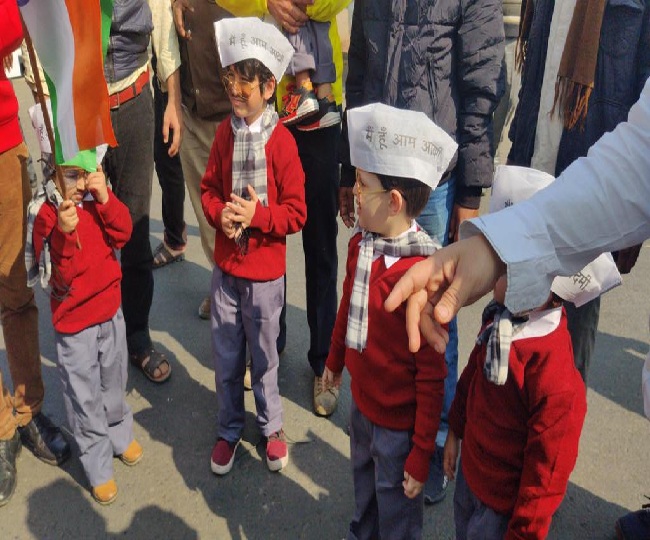 Arvind Kejriwal on Sunday officially took oath as Chief Minister of Delhi for the third term. In his weraing-in ceremony, Kejriwal said, "Your son has taken oath for third time as Delhi CM; this is not my victory but yours. I did not give step-motherly treatment to anyone and worked for everyone in last 5 years. I want to work by taking everyone along. We forgive our opponents for whatever remarks they made during poll campaign. Want to work with Centre to make Delhi number one city."

"Want to seek blessings of PM Narendra Modi for smooth governance of Delhi," he added.