Breaking News Today, Highlights of May 8

Breaking News Today, Highlights of May 8

New Delhi | Jagran News Desk: In today's 'Breaking News, Latest Updates' blog at English Jagran, we will focus on Badrinath Dham in Uttarakhand, which is all set to open doors for devotees on Sunday. The Badrinath Dham, which stays open for six months every year, is one of the four ancient pilgrimage sites referred to as 'Char Dham' which also include Yamunotri, Gangotri and Kedarnath.

14:53 hours: Many officials and employees are working very sincerely and that's the reason our schemes are visible on the ground but some officials are negligent due to which the general public is getting troubled. We're taking action on this, says Chhattisgarh Chief Minister Bhupesh Baghel.

Also Read
Navjot Singh Sidhu says 'will submit to law' after SC sends him to one..

13:27 hours: We should now give a renewed thrust to implementing reforms in the police force. Policing is very important to detect and prevent crime and maintain law and order, says Vice President M Venkaiah Naidu.

12:09 hours: BJP names Radharani Panda and AN Radhakrishnan as its candidates from Odisha's Brajarajnagar and Kerala's Thrikkakara for by-elections respectively, reports ANI.

11:38 hours: I am sure that the ecosystem at IIM-Nagpur will provide the students with a mindset of becoming job creators instead of being job seekers, says President Ram Nath Kovind.

11:23 hours: Preparations for welcoming Shiv Sena have started in Ayodhya. Aaditya Thackeray will go to Ayodhya on June 10 along with Shiv Sena workers from across the country and will seek blessings there. It's not at all political, it's for our faith, says party leader Sanjay Raut. 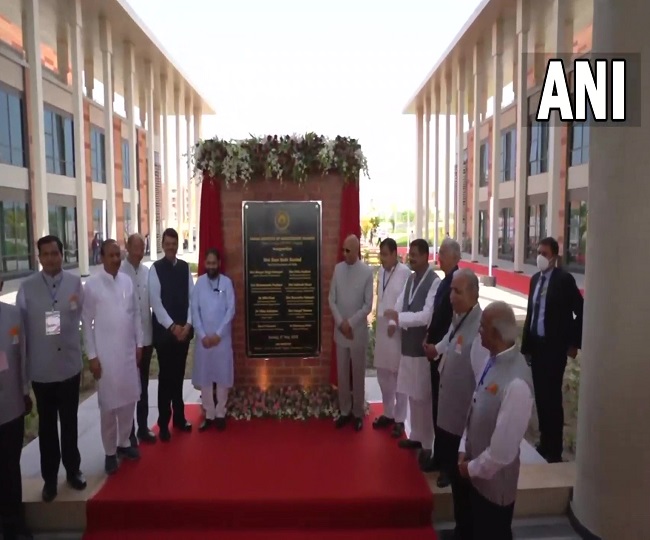 7:57 hours: Security and other arrangements have been made in the Chamoli district area ahead of the reopening of Badrinath Dham. 3 COs, 9 inspectors, and 26 sub-inspectors have been deployed along with SDRF and fire units, says Chamoli SP Shweta Choubey.

7:42 hours: Our stand is clear on CAA-NRC. We have always been opposing this in the parliament and I don think it will be implemented anytime soon in Bihar, says RJD leader Tejashwi Yadav.

7:30 hours: An encounter has started in the Cheyan, Devsar area of Kulgam. Police and Army on the job, says Jammu and Kashmir Police.

7:27 hours: The Badrinath Dham in Uttarakhand opened for devotees on Sunday morning. Officials on Saturday had said that police personnel have been instructed to be extra cautious.

PLT IN SECOND = 0.002781476
Jagran English brings you all the latest and breaking news from India and around the world. Get live English news from India, World, Politics, Entertainment, Lifestyle, Business, Education, Sports, Technology, and much more. Follow english.jagran.com to stay updated with the latest English news.
Copyright © 2022 Jagran Prakashan Limited.