Catch all the live updates here

Here are the LIVE Updates of May 20:

11:56 am: When Lalu Yadav was Rail minister,he made dozens of people to donate land in return for Group-D jobs to someone else & then used to get it gifted from them to himself after 5-6 yrs.This was the modus operandi:BJP leader Sushil Modi on CBI raids at multiple locations of Lalu Yadav

11:43 am: Actor Vijay Babu's passport was impounded y'day. All visas issued on his passport now stand invalid. There are indications that he has entered another country. We have a court warrant against him:CH Nagaraju, Kochi City Police Commissioner. Babu is booked in a sexual assault case 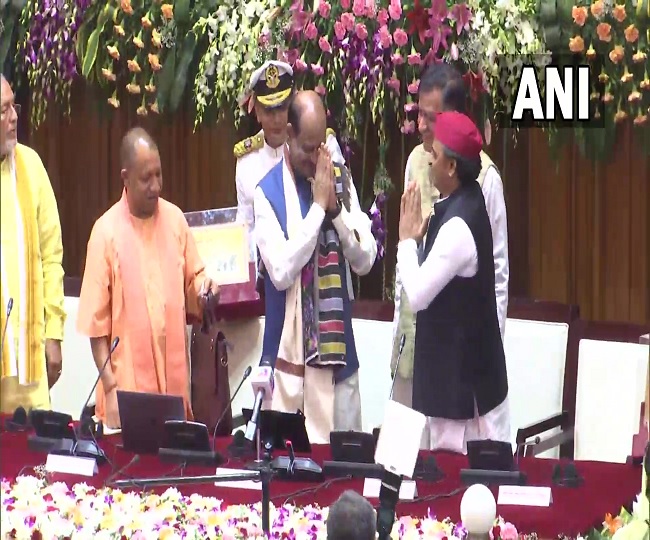 11:30 am: Uttar Pradesh | I have submitted my detailed report along with photo and video evidences to the court. The order passed by the Supreme Court today will have to be adhered by all: Adv Vishal Singh, Court-appointed special asst commissioner on Gyanvapi mosque survey report

11:20 am: Pegasus row | Supreme Court-appointed technical committee seeks more time from the top court to submit the report on the Pegasus probe. Court says the supervising judge would study the technical committee's report and give his opinion to the court by June end.

11:04 am: We are witnessing that there are some parties whose ecosystem is absolutely delved into distracting the country's focus from crucial and significant issues. We should not get trapped into it and be careful of them: PM Modi

10:51 am: During Jan Sangh's time, we were on the margins, nobody knew us. Despite that, our workers adhered to the policies of nation-building. We were miles away from attaining power but then also smallest of our workers remained patriotic: PM Modi

10:45 am: NDA govt will be completing 8 years in power this month. These years have been that of servicing the nation, working for the welfare of the poor & the middle class along with ensuring social justice and security & strengthening women's empowerment: PM Modi

10:37 am: India is seen as a country filled with aspirations. Now, every citizen of India wants to see the work getting done along with witnessing the final outcome. In this backdrop, the responsibility of governments increase tremendously: PM Modi

10:30 am: India is seen as a country filled with aspirations. Now, every citizen of India wants to see the work getting done along with witnessing the final outcome. In this backdrop, the responsibility of governments increase tremendously: PM Modi

10:10 am: Chhattisgarh CM Bhupesh Baghel while addressing a tribals in Bijapur as part of his 'Bhaint Mulakat' campaign, announced that "'tendu patta' collectors will now be paid in cash."

10:06 am: Delhi | PM Modi addresses BJP national office bearers meeting, which is happening in Jaipur in Rajasthan, via video conferencing

10:00 am: All of it was possible due to my parents' support as they stood by me during tough times. My injury made me stronger. I decided to fight and not quit while working on my weaknesses in the last 2 yrs. I was determined to give my best: World Boxing Champion Nikhat Zareen

9:42 am: Maharashtra | Bandra Unit of Mumbai Anti Narcotics Cell arrests a Nigerian drugs peddler from the Goregaon area and recovers 400 grams of MD drugs from him. The value of the seized drugs is Rs 60 lakhs in the international market. Case registered under NDPS Act

9:30 am: Patna | It is unfortunate that a person who is ill is being deliberately troubled like this. It is well known who is behind this: Prabhunath Yadav, brother of RJD chief Lalu Yadav on CBI raids at multiple locations of Lalu Yadav

9:10 am: PUC exam (12th class) results will be declared in the third week of the month of June, says BC Nagesh, Karnataka Minister of Primary and Secondary Education

9:00 am: Varanasi | The Supreme Court will hear the matter at 3pm today. I have heard that the survey report submitted in the court was leaked. I can't say how this happened: Assistant Court Commissioner Ajay Pratap Singh on Gyanvapi mosque survey

8:45 am: Sitapur, UP | Samajwadi Party leader Azam Khan meets his supporters after being released from Sitapur district jail, in a case of cheating relating to Kotwali PS in Rampur

8:30 am: Karnataka | Holiday has been declared in all schools and colleges across Dharwad district today, due to continuous rainfall in the region.

7:45 am: Uttar Pradesh | Samajwadi Party leader Azam Khan will be released from Sitapur district jail today, in a matter concerning Kotwali PS in Rampur. Supreme Court had granted him interim bail & the liberty to apply for regular bail before the concerned court within a period of 2 weeks

7:30 am: Tripura | Several parts of Agartala were waterlogged after heavy rainfall in the city. CM Manik Saha visited the waterlogged routes & affected areas in Agartala following the heavy downpour yesterday.

7:24 am: President Ram Nath Kovind witnessed the renaming of Calder road to 'India Drive-Bharat Marg' in Kingstown, Saint Vincent and the Grenadines, in presence of Prime Minister Ralph E Gonsalves and members of the local community

7:16 am: Jammu & Kashmir | A part of an under-construction tunnel collapsed at Khooni Nala, Jammu–Srinagar National Highway in the Makerkote area of Ramban. 6 to 7 feared trapped; one person rescued. Rescue operation is underway: Ramban Deputy Commissioner