Catch all the LIVE Updates of the day here.

New Delhi | Jagran News Desk: In today's 'Breaking News, Latest Updates' blog at English Jagran, we will focus on Prime Minister Narendra Modi's day-long visit to Nepal's Lumbini on the occasion of Buddha Purnima. This will be his fifth visit to Nepal since assuming power in 2014.

During his visit, PM Modi will hold talks with his Nepalese counterpart Sher Bahadur Deuba. Some memorandum of understandings (MoUs) on cooperation in cultural and educational sectors are also expected to be signed between the two countries.

15:45 hours: The growing and strengthening friendship between India and Nepal will work for the benefit of entire humanity amid the kind of global situation that is emerging today. The devotion to Lord Buddha binds us together, makes us members of one family, says PM Modi.

15:43 hours: The energy of the place where Lord Buddha was born, gives a different feeling. I was happy to see that the Mahabodhi sapling I had gifted in 2014 for this place, is now growing into a tree, says PM Modi.

15:31 hours: Extremely happy today to welcome PM Modi to this sacred land of Lumbini, the birthplace of Lord Buddha - the apostle of peace. Delighted to have the presence of PM Modi at this special ceremony in this sacred land, says Nepalese PM Sher Bahadur Deuba.

15:23 hours: The news of a 'shivling' being found at (Gyanvapi) mosque premises is happy news for me and for all shiv followers of the country. The truth has come to light. We will welcome and follow orders of the court in the matter, says Uttar Pradesh Deputy Chief Minister Keshav Prasad Maurya. 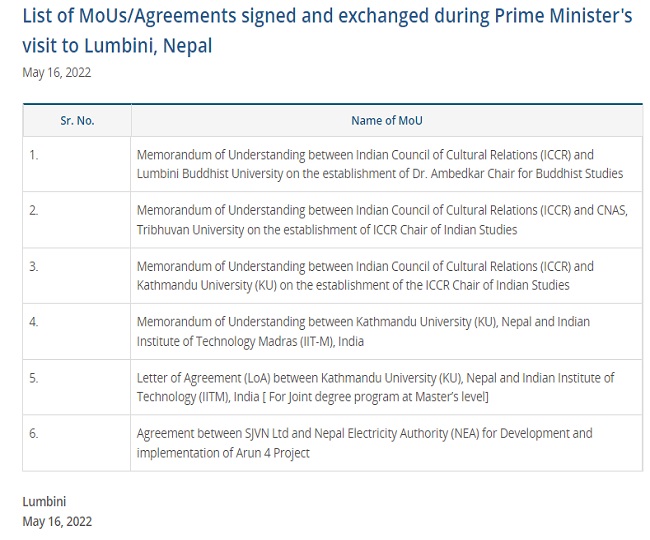 14:27 hours: Also Read - As Manik Saha becomes Tripura CM, here's a look at former Congressmen who joined BJP and got the top post in Northeast 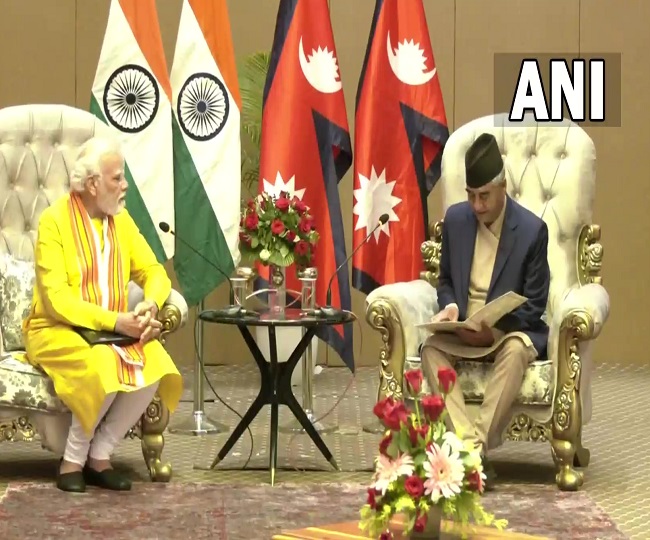 13:21 hours: BJP government has attacked our economy. PM implemented demonetisation and wrong GST. It destroyed our economy. Earlier UPA worked to strengthen economy, BJP and PM Modi harmed it. Today the situation is such that youth can't get a job in the country, says Rahul Gandhi in Rajasthan's Karana.

BJP wants to build two Indias - one for the rich, 2-3 big industrialists and the other for the poor, the tribals, Dalits, the backward and the weak. We don't want two Indias, we want one India where everyone gets the opportunity to fulfill their dreams, he adds.

13:14 hours: t's a fight between 2 ideologies. On one side is Congress' ideology which says that we've to go ahead by bringing everyone together, respect everyone and protect everyone's history and culture. On other side is BJP which creates divides and erases tribals' history and culture, says Rahul Gandhi in Rajasthan's Karana.

This is a fight that is going on today in India. We connect people, they divide people. We help the weak, they help chosen big industrialists, he adds.

13:07 hours: Relationship between Congress and the tribals is very old and deep. We protect your history. We don't want to erase or suppress your history. During the UPA government, we had brought a historic law to protect your land, forest and water, says Rahul Gandhi in Rajasthan's Karana.

Through PESA and Land acquisition Bill we protected your wealth, your produce in forests and directed its benefits to the tribals, he adds.

12:05 hours: PM Modi, Sher Bahadur Deuba lay foundation stone for the construction of a centre for Buddhist culture and heritage. 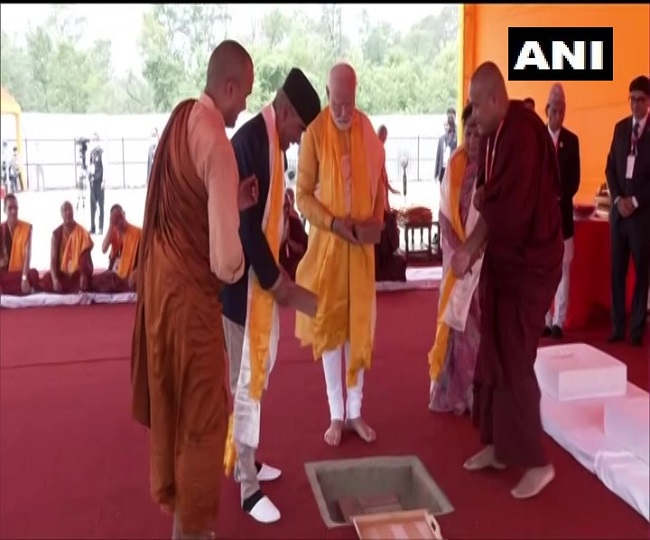 11:50 hours: PM Modi, Sher Bahadur Deuba participate in the foundation stone laying ceremony for construction of a centre for Buddhist culture and heritage. 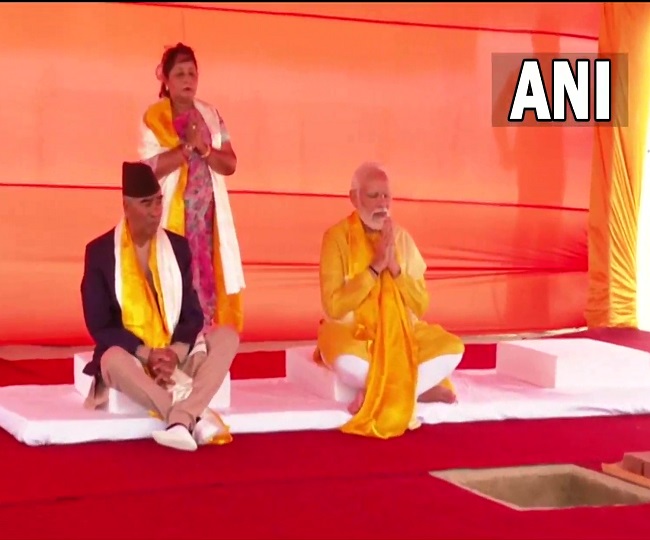 11:32 hours: PM Modi and Nepal PM Sher Bahadur Deuba and his spouse Dr Arzu Rana Deuba paid their respects at the Marker Stone inside the Maya Devi temple premises, which pinpoints the exact birth spot of Lord Buddha. They attended the pooja conducted as per Buddhist rituals, says MEA.

PM Modi and Nepal PM Sher Bahadur Deuba also lit lamps near the Ashoka Pillar located adjacent to the temple. The pillar, which was erected by Emperor Ashoka in 249 BC, bears the first epigraphic evidence of Lumbini being the birthplace of Lord Buddha, it adds. 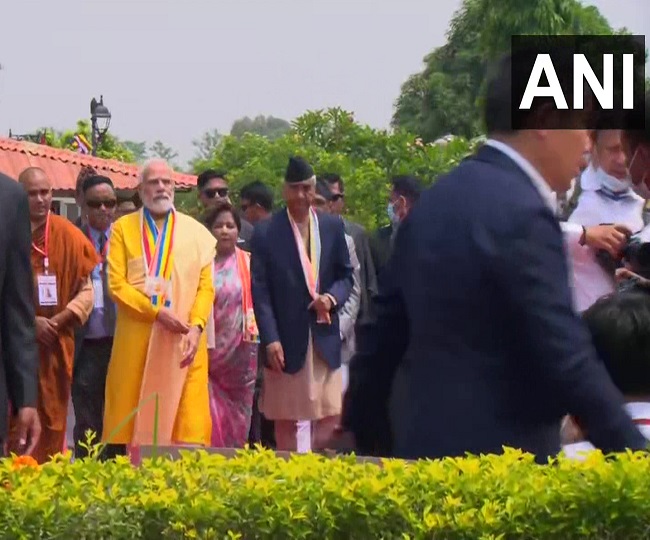 10:45 hours: On Buddha Purnima we recall the principles of Lord Buddha and reiterate our commitment to fulfil them. The thoughts of Lord Buddha can make our planet more peaceful, harmonious and sustainable, tweeted PM Modi earlier in the day.

10:35 hours: Just In: PM Modi reaches Lumbini. He was recieved by his Nepalese counterpart Sher Bahadur Deuba at the airport. 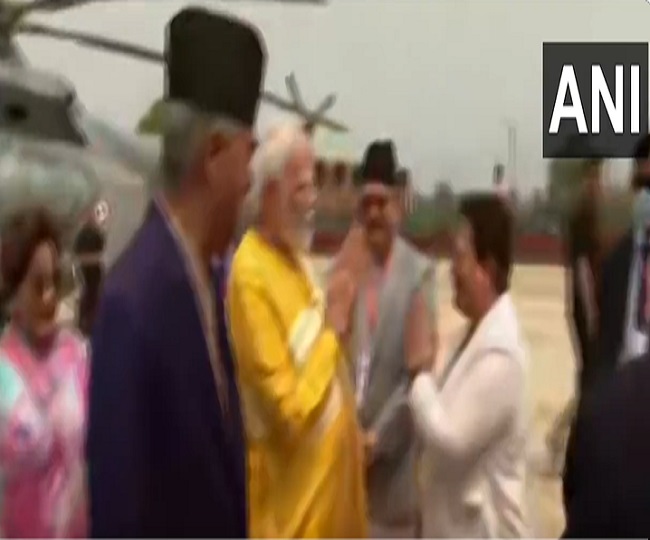 9:12 hours: I talk outspokenly, on the basis of truth. I keep attacking. It could be that those whom I attack can go into depression, not me... as I do politics with full confidence, says Rajasthan Chief Minister Ashok Gehlot.

8:38 hours: PM Modi departs for Uttar Pradesh's Kushinagar ahead of his visit to Nepal's Lumbini. 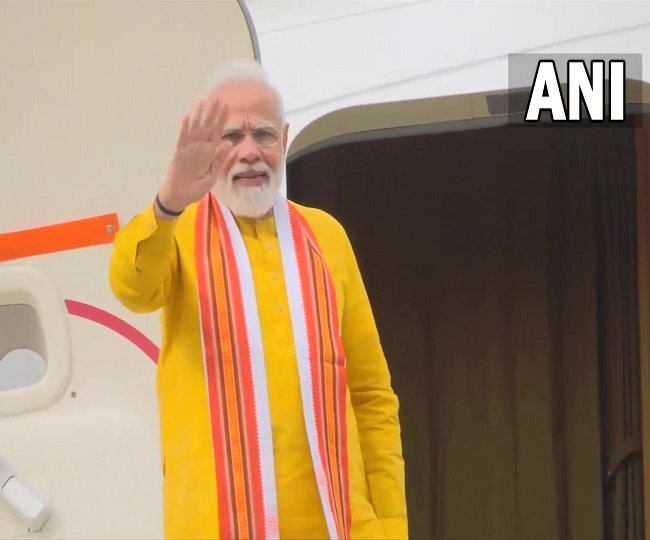 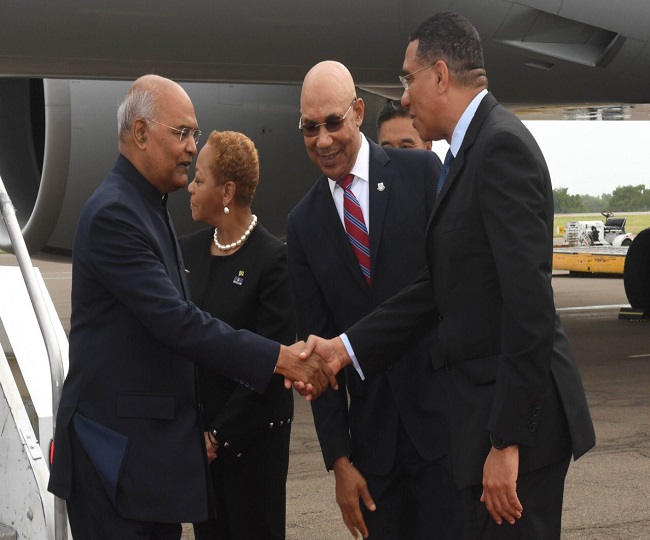 8:12 hours: Today, BJP national president JP Nadda will also interact with heads of missions from 14 countries at the party's headquarters in New Delhi as part of the party's "Know BJP" initiative. Nadda - who launched the exercise on BJP's foundation day on April 6 - will also address queries from the guests.

7:42 hours: President Ram Nath Kovind - accompanied by his wife Savita Kovind, daughter Swati Kovind, Union Minister Pankaj Chowdhary - will also start his four-day visit to Jamaica. This will be the first-ever visit by an Indian President to Jamaica.

7:21 hours: PM Modi will visit Nepal's Lumbini today and hold discussions with his Nepalese counterpart Sher Bahadur Deuba. They might also sign some MoUs for cooperation in cultural and educational sectors.