14:34 hours: In round 3, Srikanth has taken a lead of 8-2 against Christie! Can he continue his perfect record?

14:28 hours: The next round would be played between Kidambi Srikanth and Jonatan Christie. If Srikanth wins the game, India will win the Thomas Cup 2022 by 3-0.

14:18 hours: India is on verge of creating history! Thanks to Satwik and Chirag, India has taken a 2-0 lead over Indonesia. The duo defeated Ahsan and Sukamuljo 21-19 in game 3 of round 2.

13:49 hours: Incredible! Satwik and Chirag have made an astonishing comeback to win the second game of round 2 by 23-21. Can India take a 2-0 lead now?

Also Read
Navjot Singh Sidhu says 'will submit to law' after SC sends him to one..

13:24 hours: Just In: Muhammad Ahsan and Kevin Sanjaya Sukalmuljo of Indonesia have taken 21-18 lead in game 1 of round 2.

13:20 hours: The second round of the Thomas Cup 2022 is underway. India's Chirag and Satwiksairaj are trailing 10-13 against Indonesia's Ahsan and Kevin.

12:59 hours: The next round will be a doubles game. It will be played between India's Satwiksairaj Rankireddy and Chirag Shetty vs Indonesia's Mohammad Ahsan and Kevin Sanjaya Sukamuljo.

12:48 hours: In Thomas Cup 2022, a neck-and-neck competition is underway between India's Lakshya Sen and Indonesia's Anthony Ginting. While Gintin won the first set 21-8, Sen made a strong comeback in the second round and won it by 21-17.

12:30 hours: We will move forward with the development issue of PM Modi and the BJP. We'll also enhance law and order in the state along with resolving the issues of the people of Tripura. There's no political challenge for us, says newly appointed Tripura Chief Minister Dr Manik Saha.

12:05 hours: Just In: Jammu and Kashmir L-G orders enquiry on tear gas shelling against protesting Kashmiri Pandits. Strict action to be taken against officials involved in the action, reports ANI.

11:40 hours Just In: Manik Saha takes oath as the Chief Minister of Tripura. 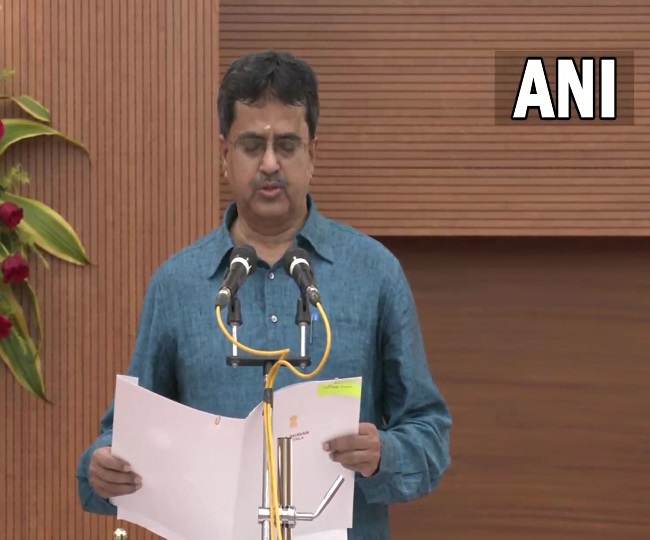 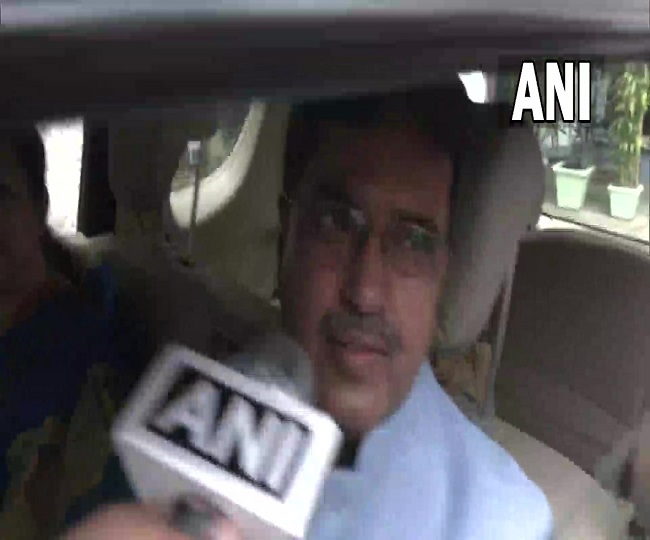 10:10 hours: Also Read - Jagran Explainer: Why India imposed a ban on wheat exports and will it impact domestic prices?

9:19 hours: We were committed to a quota for women and the problem about quota within quota was that we had assumed there would not be easy agreement and consensus on that and as a result, we would lose out on the reservation for women in that stage, says Congress leader Salman Khurshid.

8:17 hours: Also Read - Manik Saha to take oath as Tripura CM on May 15 after Biplab Kumar Deb resigns ahead of polls

8:05 hours: Dr Manik Saha, who was chosen by the BJP as the new Chief Minister of Tripura, is a Rajya Sabha MP and chief of the party in the state which will go to the polls by March next year.

8:00 hours: BJP leader Dr Manik Saha will be sworn-in as the next Chief Minister of Tripura today at 11.30 am at the Raj Bhawan in Agartala. This comes a day after his predecessor Biplab Kumar Deb resigned from his position to help the saffron party prepare for the 2023 assembly elections.

PLT IN SECOND = 0.002967499
Jagran English brings you all the latest and breaking news from India and around the world. Get live English news from India, World, Politics, Entertainment, Lifestyle, Business, Education, Sports, Technology, and much more. Follow english.jagran.com to stay updated with the latest English news.
Copyright © 2022 Jagran Prakashan Limited.