Breaking News Today, Highlights of May 10

Breaking News Today, Highlights of May 10

15:39 hours: Earlier, India used to ask for aid and help from foreign nations, now, under PM Modi instead of seeking help from the world, we provide help to them. We've given 18.5 crore vaccines doses to 100 countries, says BJP chief JP Nadda.

15:14 hours: A section of the media has reported that I will attend a meeting in Himachal Pradesh from May 12th-15th, 2022. I wish to clarify that the said report is incorrect, says India head coach Rahul Dravid.

14:19 hours: They sat around Delhi for over a year in protest. The government had to bow down. We met with them and discussed issues relating to debt relief, MSP. We will prepare a draft on this and raise this at Udaipur Chintan Shivir, says Congress' BS Hooda.

13:32 hours: Resources of country belong to poor but being given to few rich people, says Rahul Gandhi at a tribal rally in Gujarat.

Confident that Congress will form government in Gujarat after state elections, he adds.

12:37 hours: Assam Police stood against the problem of extremism to maintain constitutional order. They faced guns with guns and brought the distracted youth to the mainstream then, says Union Home Minister Amit Shah.

Peace agreements are being done one after the other with extremist groups, distracted youth is joining the mainstream and parleys are being held with neighbouring states to resolve 7 decade-old issues, he adds.

12:05 hours: The areas under the AFSPA have been reduced in Assam. We will make sure AFSPA is removed from all areas in the state, says Union Home Minister Amit Shah.

In the 1990s, AFSPA was implemented in Assam, it was extended 7 times. After 8 years of PM Modi's rule, 13 districts in the state have been made AFSPA-free while it has been removed from over 60 per cent area of Assam, he adds.

11:07 hours: Within days since Chardham yatra began, over 9.5 lakh registrations have been received. Registrations for Kedarnath, maximum among the four, has crossed 3.35 lakhs. Three times more pilgrims are reaching for darshan than the prescribed capacity in all four dhams, Uttarakhand government says.

10:51 hours: Supreme Court in an interim order directs Election Commission to notify the election programme of local bodies, including Madhya Pradesh election, within two weeks where polls are due

10:27 hours: The Uttar Pradesh government will open its office for state residents living in Mumbai. It will look after their jobs, interests and other conveniences, reports ANI.

9:59 hours: UGC seeks a report from Sharda University reportedly over a question on similarities between Hindutva and Fascism it asked in a political science exam, reports ANI.

7:58 hours: In the Chintan Shivir, there will be a discussion on the matters related to organisation, agriculture, economic condition of the country. After that, a paper will be prepared and in the last Sonia Gandhi will take the decision, says Chhattisgarh Chief Minister Bhupesh Baghel.

7:31 hours: Severe Cyclonic Storm Asani moved with a speed of 12 kmph in west northwest direction during last 6 hours and is about 590 km southwest of Puri and about 510 km south southwest of Gopalpur, says Odisha Meteorological Centre.

7:25 hours: BSF troops foiled another smuggling attempt through Pakistan drone. Vigilant BSF troops fired at the drone coming from Pakistan and brought it down. The drone was carrying 9 packets, says BSF Punjab Frontier. 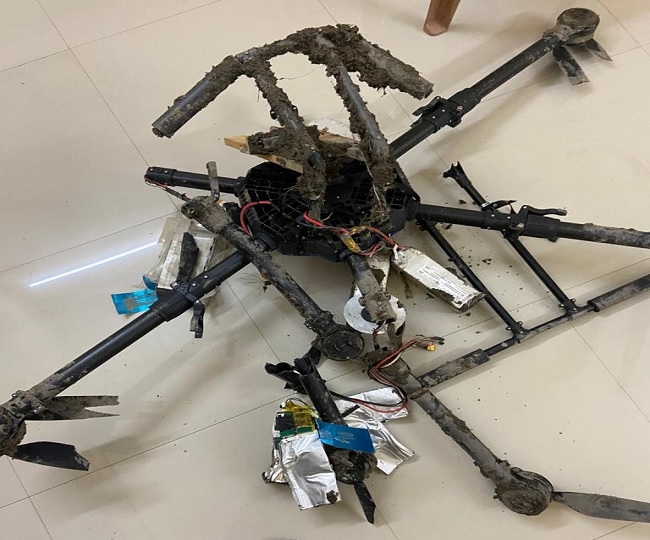 PLT IN SECOND = 0.003092254
Jagran English brings you all the latest and breaking news from India and around the world. Get live English news from India, World, Politics, Entertainment, Lifestyle, Business, Education, Sports, Technology, and much more. Follow english.jagran.com to stay updated with the latest English news.
Copyright © 2022 Jagran Prakashan Limited.