Here are the highlights of September 7:

12:22 pm: GOI expresses concern for the rights of Afghan people but wilfully denies the same to Kashmiris. Ive been placed under house arrest today because according to admin the situation is far from normal in Kashmir. This exposes their fake claims of normalcy, tweets PDP Chief Mehbooba Mufti.

12:15 pm: I feel (Gurnam) Chaduni took extortion money from Congress to create continuous chaos in Haryana. They will continue this until some innocent farmers die. Some Haryana farmers have understood that it isn't about farmers but is political: Haryana Agriculture Minister JP Dalal

11:48 am: I have instructed experts to study in detail about Nipah virus and give their suggestions on how to tackle it: Karnataka CM Basavaraj Bommai in Bengaluru

11:28 am: Supreme Court adjourns for September 13 the hearing in petitions seeking court-monitored probe into the reports of government allegedly using Israeli software Pegasus

11:25 am: Supreme Court refuses to grant an early hearing of a plea seeking reopening of the Baidyanath Jyotirlinga temple in Jharkhand

11:22 am: Pornography case | Bombay High Court dismisses anticipatory bail plea of TV actress Gehana Vasisth. Her lawyer says they will move to Supreme Court Vasisth was arrested by Property Cell of Crime Branch Mumbai for her alleged role in shooting, uploading p*rn videos on a website

11:18 am: I have asked all the Olympians & Paralympians to visit 75 schools to mark Azadi Ka Amrit Mahotsav. I urge you all to get in touch with them. They will meet the students of the schools. These sportspersons might encourage students to pursue sports in the future: PM Narendra Modi

11:13 am: Education should not only be inclusive but also be equitable. Talking books & audiobooks are part of education system now. A dictionary for Indian Sign language has been formed. For 1st time in the country, Indian Sign language is being included as a subject in curriculum:PM Modi

11:07 am: The state administration has made all arrangements (for Kisan Mahapanchayat). No one will be allowed to take the law into their hands. We appeal to our farmer brothers to peacefully conduct their public meeting: Haryana Home Minister Anil Vij

11:00 am: I want to congratulate the teachers who received National Awards. You have worked under difficult circumstances. Your efforts are commendable: Prime Minister Narendra Modi at the inaugural conclave of Shiksak Parv

10:50 am: The initiatives launched today will shape the future of the sector. One of the initiatives, School Quality Assessment & Assurance will not only make education competitive but will also make students future-ready: PM Narendra Modi

10:40 am: PM Narendra Modi launches multiple key initiatives in the education sector during the inaugural conclave of Shiksak Parv via video conferencing

10:30 am: PM Narendra Modi to lay the foundation stone of Raja Mahendra Singh State University in Aligarh on September 14: Chief Minister's Office, UP

10:00 am: Mumbai: Case registered against actor Rajat Bedi in DN Nagar PS for allegedly hitting a person with his car in Andheri area The actor brought the injured to Cooper hospital, where he (actor) told he had hit the victim with his car. Victim admitted to hospital: DN Nagar police

9:45 am: We want Kisan Mahapanchayat to be conducted peacefully & conflict to be resolved through mutual conversation. We spoke with farmer leaders yesterday on the matter. Police will take action if law & order is disturbed: Ganga Ram Punia, SP, Karna

9:25 am: PM Narendra Modi will address the inaugural conclave of Shiksak Parv today, via video conferencing. He will also launch multiple key initiatives in the education sector during the event.

9:00 am: Haryana: Security personnel deployed in Karnal ahead of Kisan Mahapanchayat. Visuals from new Anaj Mandi area in Karnal. 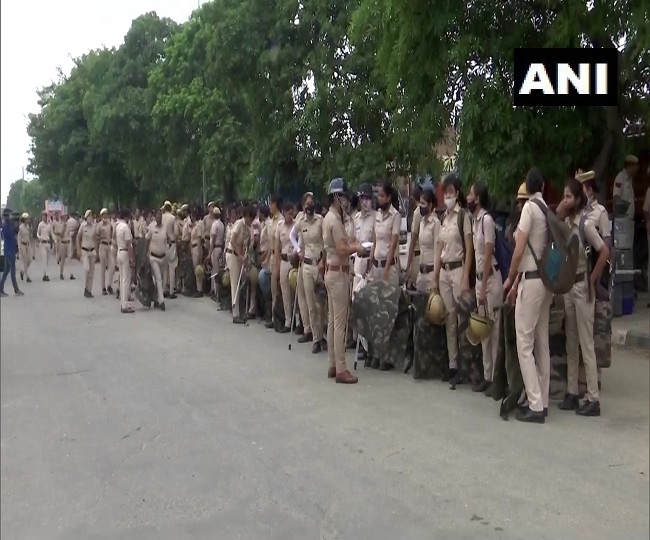 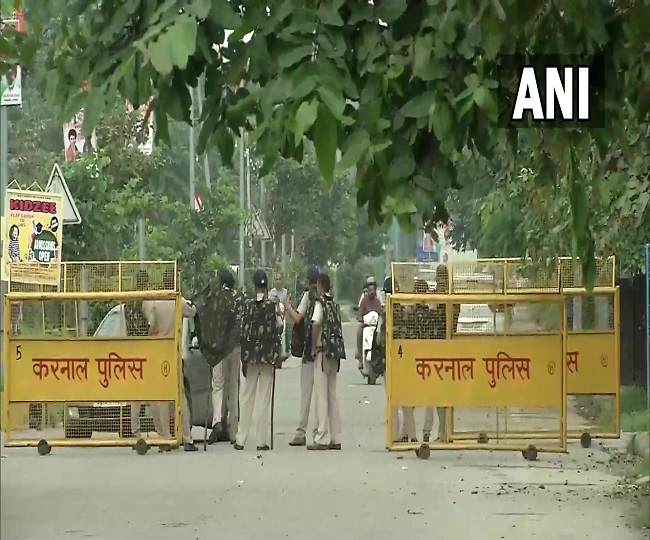 8:15 am: Two Delhi police constables were arrested in connection with extortion cases in Delhi. A case has been registered. Both the accused have been suspended. Search for one more is underway: Delhi Police

7:40 am: Our national camp is going to start from Sept 8 & will last till Oct 17. In b/w, there will be trials for World Championships & South Asian Championships. We're 16-member & of them, 4 are from Tripura & all train under Bisweswar Nandi sir: Olympian gymnast Dipa Karmakar

7:30 am: Gujarat | Surat artists preparing Ganesh pandal themed on Ayodhya's Ram Temple "We're using thermocol to make it & giving every minute detail to the structure. A group of six people are working on it & it will be completed in next 2-3 days," said artist Azaz

7:20 am: Madhya Pradesh | 27 cases of Dengue have been confirmed out of which 16 patients are from Gwalior. We're taking all measures to contain the spread of disease: Dr Manish Sharma, Chief Medical and Health Officer, Gwalior