Here are the LIVE Updates of September 26:

12:20 pm: BJP president JP Nadda and other leaders greet PM Narendra Modi, on his arrival from the US, after concluding bilateral and Quad talks. 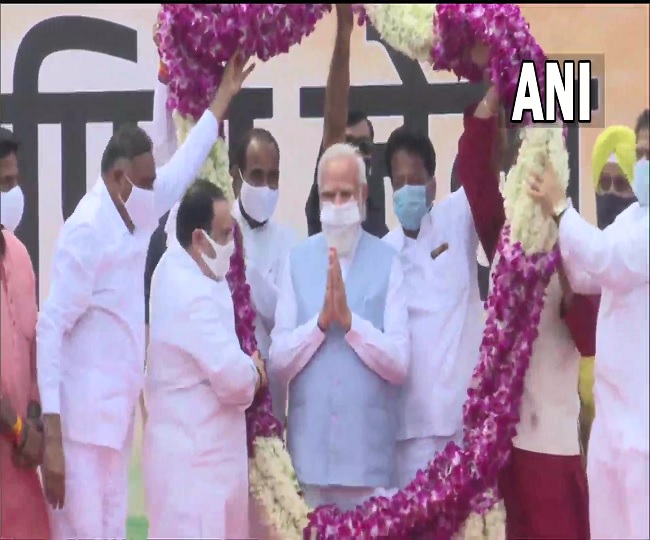 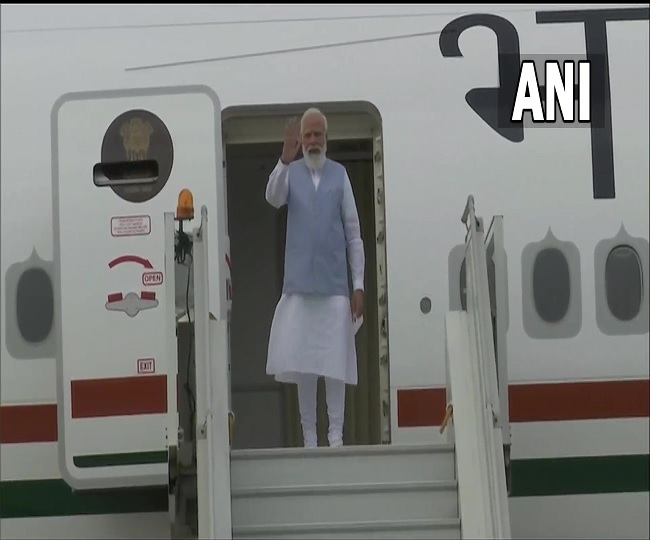 11:50 am: In Bihar and other parts of the east, the festival of Chhath is celebrated. I hope the cleaning of river banks and repair of ghats must have begun. We can make our rivers pollution-free with the collective effort and cooperation of all: PM Modi

11:40 am: Festivals are approaching, we've to continue our fight with COVID.'Team India' is making new records every day, including vaccination which has made records internationally... No one should be devoid of this 'Suraksha Chakra', protocols should be followed: PM Modi on Mann ki Baat

11:27 am: 'Bapu' (Mahatma Gandhi) was a proponent of cleanliness, he made cleanliness a mass movement and associated it with the dream of independence: PM Narendra Modi on Mann Ki Baat

11:24 am: In the western parts of India, especially Gujarat and Rajasthan, there is scarcity of water and suffer droughts. In Gujarat, at the beginning of the rainy season people celebrate 'Jal-Jilani Ekadashi' it is similar to what we call today 'Catch the Rain': PM Narendra Modi

11:20 am: Naga river in Tamil Nadu had dried up, but due to the initiatives by the rural women, and active public participation the river was brought to life, and to this day there is plenty of water in the river: PM Narendra on 'Mann Ki Baat'

11:15 am: A special 'E-auction' of gifts I received is underway, these days. The proceeds from that will be dedicated to the 'Namami Gange' campaign: PM Narendra Modi on 'Mann Ki Baat'

11:07 am: As we celebrate World River Day today, I urge the people across the country to mark a 'river festival' at least once a year: PM Narendra Modi on 'Mann Ki Baat'

11:00 am: September is an important month, a month when we celebrate World River Day. A day to remember the contribution of our rivers that selflessly provide us with water...: PM Narendra Modi on 'Mann ki Baat

9:20 am: Sonia Gandhi should have been the PM when UPA came to power. If Kamala Harris can become US Vice President why can't Sonia Gandhi become PM, who is an Indian citizen, wife of former PM Rajiv Gandhi and member of Lok Sabha: Union Minister & RPI leader Ramdas Athawale

9:10 am: The top leadership of interstate gangs is mostly inside jails... The three-tier hierarchy of gangs has Jatheri, Bishnoi, Kapil Nandu,Neeraj Bawania at the top, in tier 2, people mostly arrange logistics and there are foot soldiers in tier 3...: Alok Kumar, Joint CP, Delhi Police

9:00 am: In the Rohini shootout incident, names of two, three gangs have emerged...We have also learnt that Gogi, Lawrence Bishnoi, Kala Jatheri had made an alliance. There is linkage among gangs, they help each other in logistics...:Alok Kumar, Joint CP, Delhi Police

8:30 am: "Multiple people injured after an Amtrak train that runs between Seattle and Chicago derailed in north-central Montana, the train agency said. The train had about 147 passengers and 13 crew onboard, Amtrak said," The Associated Press reports

8:00 am: Political activists from Pakistan occupied Kashmir (PoK) and Gilgit Baltistan held a series of protests outside the office of UN Human Rights Council in Geneva, Switzerland, raising anti-Pakistan slogans and demanding "dismantling of terror camps"

7:50 am: A cyclonic circulation is likely to form over the northeast & adjoining the east-central Bay of Bengal. In the subsequent 24 hours, it will be a low-pressure area & likely to reach the West Bengal coast around September 29th: GK Das, Director, IMD Kolkata

7:40 am: One can see turmoil in Chhattisgarh shortly. Looking at Punjab's situation, it may also be seen in Rajasthan. It'll be last few steps towards Congress' end. Party who doesn't trust its leadership, can't take steps for country's development: Haryana Dy CM Dushyant Chautala

7:30 am: Bihar: Police baton charged students in Patna who were marching towards state Assembly, protesting government's order to vacate the Ambedkar hostel, yesterday