14:56 hours: Last month, a new history was created with the appointment of three female judges in the Supreme Court. Out of 33 judges in the apex court, presence of four female judges is the highest in the history of the judiciary (in India), says President Ram Nath Kovind.

14:03 hours: We want to make India, a destination for international arbitration. To improve our judicial system,we must target to deliver justice to common man. We must focus on how common man is delivered with justice on time and brigde gap between common man and justice, says Union Law Minister Kiren Rijiju.

14:00 hours: A 100-day plan comprising 16 issues related to airport, policy and reforms has been prepared...Air taxi and sky taxi are the future of the country, hoping to see India becoming drone capital by 2030, says Union Civil Aviation Minister Jyotraditya Scindia.

It is a first of its kind project aimed at transporting vaccines and essentials to remote areas using drones, he says.

13:31 hours: I'm surprised that his (Pala Bishop Joseph Kallarangatt) analysis has been criticized by some of the leaders of Congress and CPM. I don't understand why they're criticising when jihadis are being opposed and exposed, says Union Minister V Muraleedharan.

13:00 hours: Also Read -- Jagran Explainer: Nipah scare in Kerala in the time of raging COVID-19 and how it posses a challenge for Indian healthcare

12:15 hours: Lokarpan of Sardardham Bhavan has been done on an important date. It's 9/11 today, a date that is remembered in the history of the world as an attack on humanity... but the same date also taught us about humanitarian values, says PM Modi.

September 11 is also important because Swami Vivekananda in 1893 delivered a speech in Chicago teaching the world about our humanitarian values, he added.

12:05 hours: Subramania Bharati chair on Tamil Studies to be set up in Faculty of Arts at Banaras Hindu University for research fellows, students, says PM Modi.

12:00 hours: Before starting any new work we offer our prayers to Lord Ganesh, and fortunately, inauguration of Sardardham Bhavan is also being done on the auspicious occasion of 'Ganesha' festival. Yesterday was 'Ganesh Chaturthi' and today the entire nation is celebrating the festival, says PM Modi. 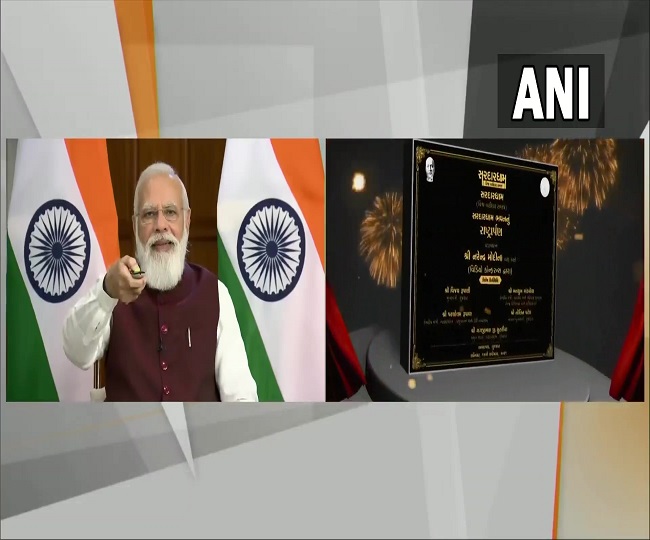 10:32 hours: Minister of State for External Affairs, Meenakashi Lekhi will pay an official visit to Portugal and Spain from 12-17 September 2021, says Ministry of External Affairs.

9:30 hours: Just In: Earthquake of magnitude 4.5 occurred today around 8:50 am at 137km North of Diglipur in Andaman and Nicobar, says National Center for Seismology.

8:45 hours: Light to moderate rain in city and suburbs with the possibility of occasional intense spells, says Brihanmumbai Municipal Corporation.

7:55 hours: Thunderstorm with moderate to heavy intensity rain and winds with speed of 20-40 Km per hour would occur over and adjoining areas of NCR (Faridabad, Noida, Greater Noida) Meerut, Modinagar, Hapur, Bulandshahar(UP) during next 2 hours (issued at 03:55 IST), says India Meteorological Department.

Thunderstorm with light to moderate intensity rain and winds with speed of 20-40 Km per hour would occur over and adjoining areas of few places of Delhi, NCR (Loni Dehat, Hindon AF Station, Ghaziabad, Indirapuram, Chhapraula) during next 2 hours (issued at 03:55 IST), it added.