15:48 hours: Punjab government employees failing to take even the first dose of COVID-19 vaccine for any reason other than medical will be compulsorily sent on leave after September 15, says Chief Minister's Office.

15:00 hours: Electoral bustle will be around Dec. Right now 'Parivartan Yatra' and issues like unemployment, inflation, misgovernance, corruption will be taken up. BJP is bringing down a rainfall of issues. Congress has to pick those up, says party leader Harish Rawat.

14:33 hours: Co-WIN has developed a new API called ‘Know Your Customer's/Client's Vaccination Status’. To use this API, an individual needs to enter his/her mobile number and name, says Centre.

Bal Gangadhar Tilak's actions later became a movement and Ganeshotsav played a crucial role in the independence movement. Ganesh Chaturthi developed patriotism in people. We should inculcate spirituality and patriotism in our children, he added.

11:20 hours: We are organising 'Ganesh Pujan' programme at 7 pm today that, I hope, will be telecast on all TV channels. I request all people to watch grand programme with their children, says Delhi Chief Minister Arvind Kejriwal.

11:10 hours: Leader of Opposition in Rajya Sabha Mallikarjun Kharge writes to the House chairman, saying Congress won't nominate a member to a proposed inquiry committee being set up to probe ruckus in the House on August 11. He says the move "seems to be designed to intimidate MPs into silence". 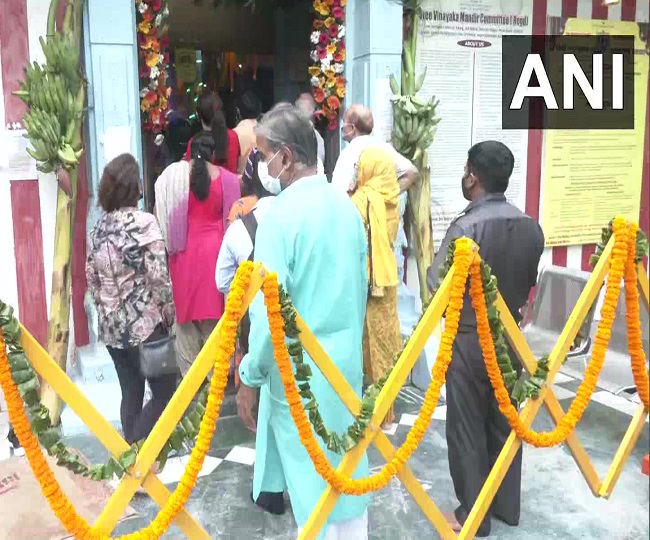 9:33 hours: BSP chief Mayawati says her will field state president Bhim Rajbhar from Mau Assembly constituency in place of Mukhtar Ansari in the upcoming elections. "BSP's efforts will be that no mafia or strongman gets party ticket in the upcoming UP assembly polls," she tweeted.

8:30 hours: Priests perform 'aarti' at 'Mumbai Cha Raja' in Lal Baug area of Parel on the occasion of Ganesh Chaturthi. 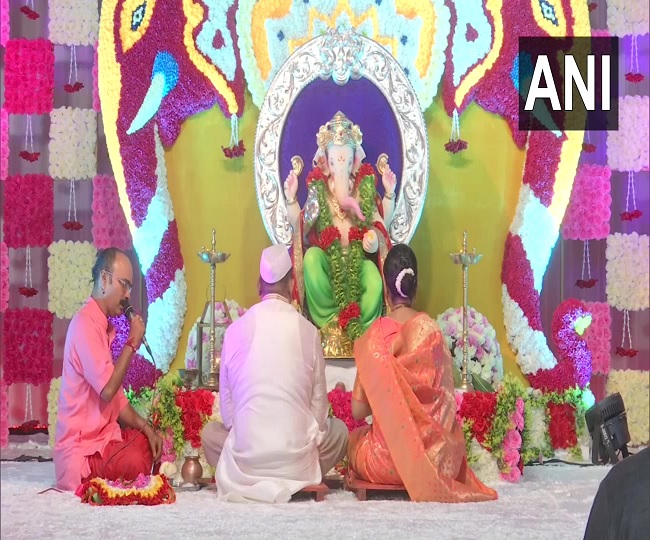 8:11 hours: US President Joe Biden spoke with his Chinese counterpart Xi Jinping today. This discussion, as President Biden made clear, was part of US’ ongoing effort to responsibly manage competition between US and China, says White House.

During the conversation, President Biden underscored US’ enduring interest in peace, stability, and prosperity in the Indo-Pacific and the world and the two leaders discussed the responsibility of both nations to ensure competition does not veer into conflict, it added.

7:21 hours: The situation in Afghanistan continues to be very fragile. As its immediate neighbour and a friend to its people, the current situation is of direct concern to us, says India's Permanent Representative to UN TS Tirumurti.

Aspirations of Afghan children to be realized and the rights of minorities to be protected. We call on humanitarian assistance to be provided urgently and underline the need to provide unhindered access to the UN and other agencies in this regard, he added.