The Assembly polls in Haryana and Maharashtra will be held on October 21 while the results will be announced on October 24. Thus Jagran English will focus on all the top news from these two states.

Today, the registration for using the much-awaited Kartarpur Sahib corridor, by Sikh Pilgrims, will begin on October 20. PM Modi is expected to inaugurate the Indian side of the Kartarpur corridor on November 8.

Today is Day 2 of India vs South Africa third Test. Having already won the series, the Men in Blue would eye clean sweep against the Proteas in the third Test starting from today.

Here are the highlights of October 20:

13:58 pm: India Meteorological Dept (IMD), Mumbai: Thunderstorm accompanied with lightning likely to occur at isolated places in the district of Raigad on 21st and 22nd October. Forecast and warning for any day is valid from 8:30 am of day till 8:30 am of next day.

13:02 pm: Kiran Tiwari, wife of Kamlesh Tiwari, after meeting UP CM Yogi Adityanath, in Lucknow: He (UP CM) assured us that justice will be done. We demanded capital punishment for the murderers. He assured us that they will be punished. 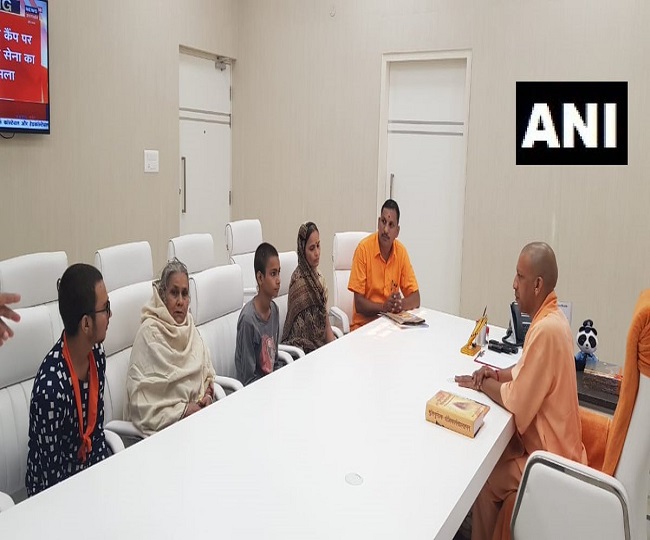 11:20 am: Indian Navy spokesperson: Indian Navy is preparing for an exercise in the Arabian Sea in which assets of the Mumbai-based Western Naval Command would be employed. The force would test operational preparedness and try out new strategies of naval operations.

11:19 am: All India Bank Employees Association (AIBEA) and Bank Employees Federation of India (BEFI) have called an all-India bank strike on October 22 in protest against the mergers of 10 public sector banks.

10:28 am: Mumbai: Preparations to dispatch EVMs and VVPATs to polling centres for Maharashtra Assembly Polls underway at EVM distribution centres in Colaba and Sewri. The state will undergo Assembly elections tomorrow. 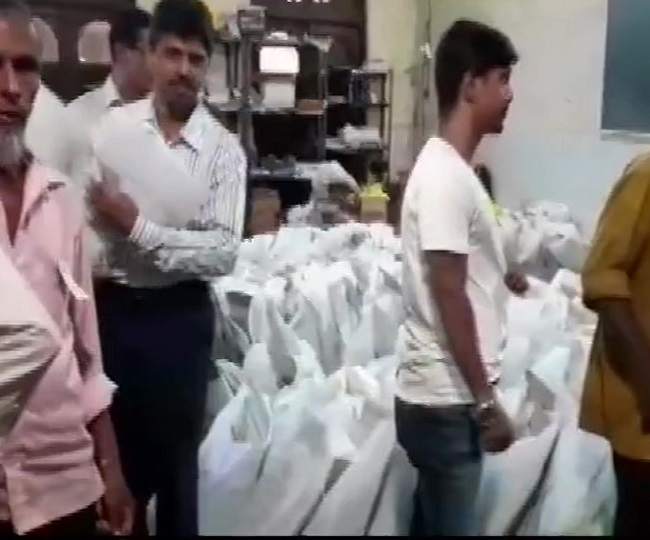 10:02 am: India is deeply committed to strengthening its bond with the diaspora. We've relaxed rules for you to obtain Overseas Citizen of India (OCI) cards. The embassy will begin the printing of passports here to reduce the time taken for issuance of new passport: President Kovind in Manila, Philippines

9:36 am: Two soldiers killed in ceasefire violation by Pak troops in J-K's Tanghar

#WATCH Washington DC: FM Nirmala Sitharaman responds to ANI's question on US-India trade front. She says, "...My inputs are that negotiations are going in full speed & there is a great intensity with which both the sides are engaging & hopefully the deal will be struck soon...." pic.twitter.com/u43149BQQK

8:51 am: "We have contacted Gujarat and Maharashtra ATS. Our team has also spoken to the woman who was seen in the CCTV footage. All aspects of the case are being probed," says UP DGP OP Singh on Kamlesh Tiwari murder case.

8:16 am: Trade negotiations between India and US going on in ‘full speed’: Nirmala Sitharaman

7:57 am: Celebrating its 15th year in the city, the Airtel Delhi Half Marathon was flagged off by Union Minister for Sports, Kiren Rijiju on Sunday from Jawaharlal Nehru Stadium. Following a countdown, Rijiju fired a pistol in the air to begin the run.