Stay Tuned to catch all the live updates here

Here are the Live Updates of October 2:

2:30 pm: It's unfortunate that crimes against women are rising in north India. Our role is to act against perpetrators & raise awareness in society. We have swiftly acted in such cases & working with some NGOs to build an environment against sexual violence: Rajasthan DGP Bhupendra Yadav

12:15 pm: We've made all preparations & we're waiting for Prime Minister. Defence Minister will arrive here shortly & PM will reach tomorrow. It's a moment of joy for the people of Himachal Pradesh. This is a historical moment: Himachal Pradesh CM on inauguration of Atal Tunnel tomorrow

11:30 am: Over 100 small & medium scale traders have expressed their intention to shift to Surat & many of them have already moved their operations here due to coronavirus situation in Mumbai: Dinesh Navadiya, regional chief of Gems & Jewellery Export Promotion Council

11:00 am: Gujarat: Diamond traders are shifting their operations to Surat from Mumbai, thanks to diamond bourse coming up at Khajod, Surat. Dinesh Navadiya, regional chief of Gems & Jewellery Export Promotion Council (GJEPC) says, "4,500 offices have already been booked the bourse."

10:00 am: People are waiting since last 1.5 months to see results of CBI inquiry. Did #SushantSinghRajput die by suicide or was he murdered? Mumbai Police was investigating very well when suddenly case was handed over to CBI. They should tell us the result at the earliest: Maharashtra HM

9:30 am: NIA filed chargesheet in Chhattisgarh BJP MLA Bhima Mandavi murder case against 33 accused, under multiple sections of IPC, UAPA, Arms Act and Explosive Substances Act. Of these accused, 6 have been arrested, 22 are absconding and 5 have died. Further investigation continues: NIA

9:15 am: Today when we are observing birth anniversary of #MahatmaGandhi & #LalBahadurShastri, farmers are protesting against 3 'anti-farmer' laws. I believe that agitation by farmers & Congress will be successful & farmers will emerge victorious: Congress interim president Sonia Gandhi

8:50 am: US President Donald Trump and First Lady Melania Trump to begin their quarantine process after his adviser, Hope Hicks tested positive for #COVID19. Their test results for COVID are awaited.

8:10 am: Tonight's launch attempt for Northrop Grumman's Antares rocket to send the Cygnus resupply craft to the International Space Statio was scrubbed about 2 minutes and 40 seconds before liftoff due to an unknown problem with a component of ground support equipment: NASA 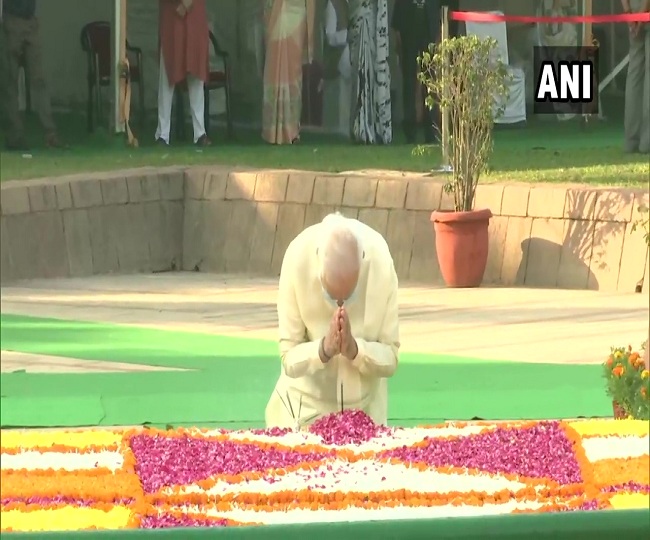 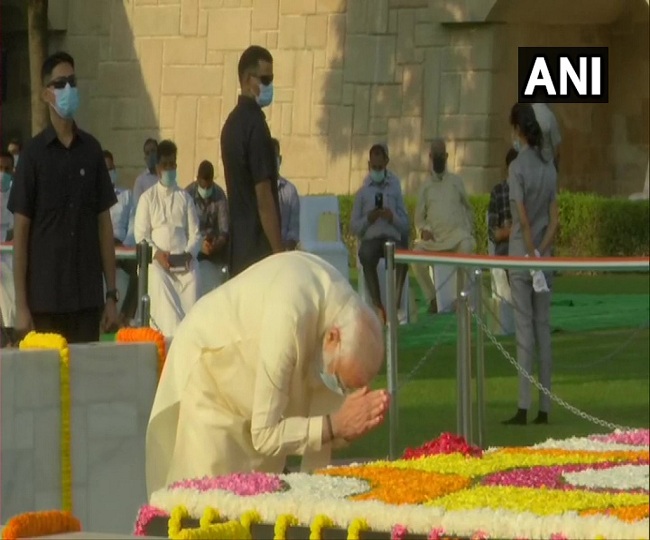 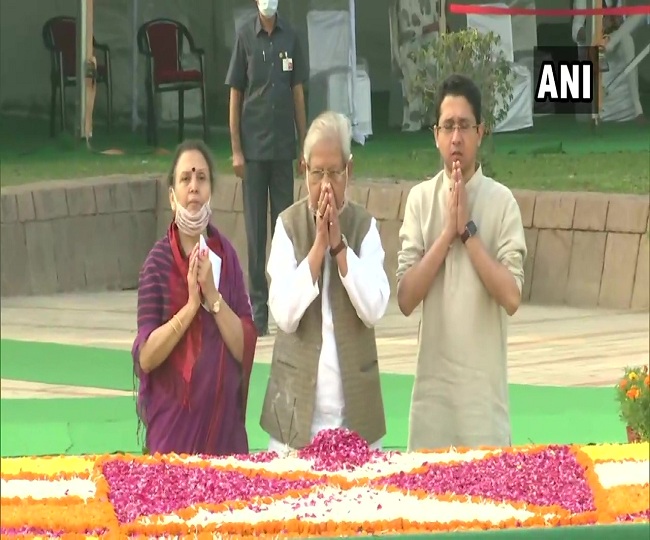 7:45 am: Lal Bahadur Shastri Ji was humble and firm. He epitomised simplicity and lived for the welfare of our nation. We remember him on his Jayanti with a deep sense of gratitude for everything he has done for India: PM Narendra Modi on former PM Lal Bahadur Shastri's birth anniversary

7:40 am: Tonight's launch from NASA's Wallops Flight Facility scrubbed. Stand by for updates: NASA US' Northrop Grumman's Cygnus spacecraft, named after astronaut Kalpana Chawla, was to be launched from the Flight Facility. It os carrying cargo & supplies to International Space Station.

7:30 am: We bow to beloved Bapu on Gandhi Jayanti. There is much to learn from his life and noble thoughts. May Bapu’s ideals keep guiding us in creating a prosperous and compassionate India: Prime Minister Narendra Modi

7:20 am: President Ram Nath Kovind expresses gratitude to Mahatma Gandhi on his birth anniversary today. He says, "His message of truth, non-violence and love infuses harmony in society and paves the path to the welfare of the world. He is a source of inspiration for humanity."

7:00 am: Around 50 people gathered at the gate of police station in Shahjahanpur and attacked 4 police personnel including inspector (pic 1). We are examining the video footage of the incident. Appropriate action will be taken: Sanjay Kumar, Additional Superintendent of Police