16:11 hours: Presently, the situation is under control. If it rains heavily at night, it'll create problems. A total of 12 bodies recovered and postmortem is going on. Body of one person who wasn't on the list also recovered. No other missing persons reported, says Kottayam District Collector PK Jayasree.

14:51 hours: It has been heard that BJP is going to cut tickets of its 150 MLAs. 100 MLAs sat on protest in the State Assembly against CM Yogi Adityanath. We already have 50 MLAs. So the calculation is simple, we've crossed 300 seats, says SP chief Akhilesh Yadav.

13:12 hours: Earlier there was a slogan 'Sabka Sath, Apna Aur Apne Parivar ka Vikas'. Earlier government only thought of themselves and their family and not of country, society and due to this the state was thrown in backwardness, riots, says Uttar Pradesh Chief Minister Yogi Adityanath.

12:38 hours: People are requested to take all precautions against the rain. 105 relief camps have been set up across the State and arrangements have been made to start more camps, says Kerala Chief Minister Pinarayi Vijayan.

12:18 hours: We will review the state economy after by-elections and then take a decision on reducing tax on fuel prices, says Karnataka Chief Minister Basavaraj Bommai.

12:10 hours: In view of heavy rains in Uttarakhand, Chief Minister inquired about situation in the state from the Chief Secretary. The CM directed that police, SDRF and other concerned personnel should be kept on high alert at sensitive places. He said that special care should be taken on Char Dham Yatra route, says Uttarakhand Chief Minister's Office (CMO).

10:23 hours: 2 students of The Doon School have tested positive for COVID-19. They've been kept under isolation at their hostel, their contacts being tested. All boarding and day schools have been strictly asked to follow COVID-19 SoPs, says Dehradun District Magistrate Dr R Rajesh Kumar.

9:53 hours: More than 101.7 crore vaccine doses have been provided to states and UTs so far. While, over 10.42 crore balance and unutilised doses are still available with the states and UTs, says Centre.

9:30 hours: The low pressure area over southeast Arabian Sea and adjoining Kerala has become less marked. There is a possibility of light to moderate rainfall at many places with only isolated heavy rainfall over the state during next 24 hours and further decrease thereafter, says IMD. 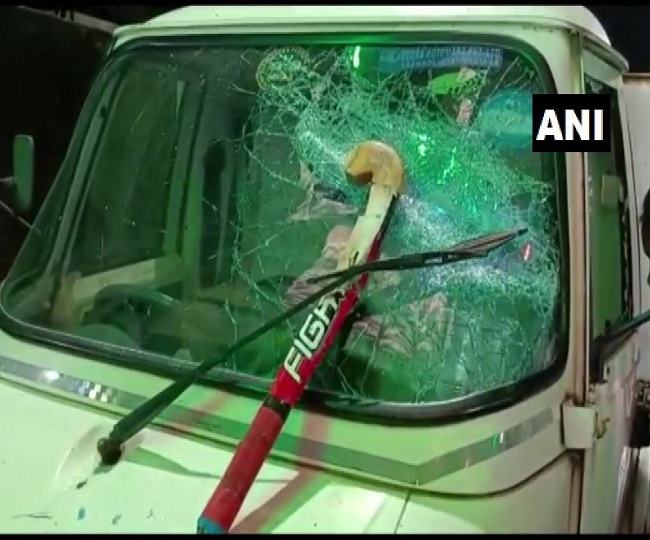 8:37 hours: Tolerance has a limit.... don't test our patience... however, I want to say to our brothers that we should not opt for violence... Government still has time to solve this issue, says Bhartiya Kisan Union (Haryana) chief Gurnam Singh Chaduni.

7:54 hours: Today, the consumption of petrol and diesel is higher by 10-15 per cent and 6-10 per cent respectively compared to pre-COVID times. I'll not go into the price issue. We continue to work towards the price stability, says Union Petroleum and Natural Gas Minister Hardeep Singh Puri.

7:25 hours: Due to low-pressure area, Telangana is likely to witness light to moderate rainfall at many places, is very likely to see heavy to very heavy rain in few districts of North and Northeast Telangana and heavy rain in many districts during next 24 hours, says IMD.