Catch all the highlights here

Here are the highlights of October 12:

12:12 pm: Human rights should not be only about rights, but also duties. The two should be discussed together, not separately. Other than awareness of their rights, each individual must abide by their duties: PM Narendra Modi addresses the 28th NHRC Foundation Day program

12:08 pm: For women safety, one-stop centres have been set up in over 700 districts, providing medical, police, mental counselling and legal help to them. Over 650 fast track courts have been set up, and for heinous crimes like rapes provision of death penalty has been introduced: PM Modi

12:05 pm: Today, India is providing paid maternity leave of 26 weeks to career women. This is basically the protection of the rights of newborn children...: PM Modi at 28th NHRC Foundation Day

12:00 pm: Even after Independence, our constitution gave a new perspective on equality to the world. In the past decades, the world has been distracted so many times but India remained committed to its principles...: PM Modi at 28th NHRC Foundation Day

11:55 am: That is why we are going ahead with the goal of ensuring that everyone gets the benefits of all schemes: PM Narendra Modi addresses the 28th NHRC Foundation Day programme

11:50 am: Nation is going ahead with 'Sabka Saath, Sabka Vikas, Sabka Vishwas, Sabka Prayas'. In a way, it also works on basic principle of ensuring human rights for all. If Govt starts a scheme&it benefits only a few, it'll raise the issue of rights: PM at 28th NHRC Foundation Day program

11:40 am: In the last 7 years, about 60 crore poor population have been taken care of, they felt assured that there's somebody for them; 10 crore women have been provided with toilets, about 4 crore houses provided access to electricity...:Home Minister Amit Shah at28th NHRC Foundation Day

11:30 am: If any State is found selling power in power exchange or not scheduling this unallocated power, their unallocated power may be temporarily reduced or withdrawn to other States which are in need of such power: Ministry of Power

11:10 am: PM Narendra Modi participates in the 28th NHRC Foundation Day programme, via video conferencing. He will address the programme shortly.

11:00 am: Yesterday we launched an operation at two places in Shopian in which 3 were killed & 2 terrorists are trapped in Feeripora area of Shopian. We will continue the operation: Kashmir IG Vijay Kumar to

10:55 am: In recent days 7 civilians were killed by terrorists. We've launched an aggressive operation against the militants following which one each was killed in Srinagar & Anantnag. One was killed and 5 arrested from Bandipur: Kashmir IG Vijay Kumar to ANI

10:45 am: Delhi High Court dismisses the petitions challenging the appointment of Gujarat-cadre IPS officer Rakesh Asthana as Delhi Police Commissioner and extension of his service by a year.

10:35 am: Delhi: Adm Michael Gilday, Chief of Naval Operations, US Navy lays a wreath at the National War Memorial. He is on a five-day official visit to India, from 11th-15th October. 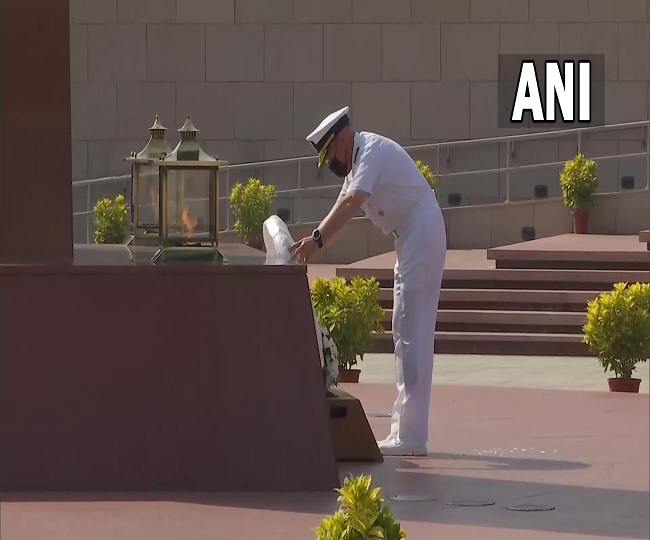 10:20 am: An encounter begins at Feeripora area of Shopian. Police & security forces are carrying out the operation. Details awaited: J&K Police

10:10 am: Delhi: A meeting of Union Cabinet and CCEA (Cabinet Committee on Economic Affairs) to be held at 6 pm today.

10:00 am: Army chief General Manoj Mukund Naravane to reach Sri Lanka today on a five-day visit to strengthen bilateral military ties. He would be meeting the top politician and military leadership of the island nation during his stay there: Indian Army officials

9:42 am: NIA on Tuesday conducted raids at 16 locations in J&K in a new case linked to the Over Ground Workers (OGWs) of various Tanzeems including The Resistance Front (TRF) and 5 locations in Delhi-NCR in Mundra drug seizure case: NIA (National Investigation Agency)

9:30 am: Maximum demand of Delhi was 4536 MW (peak) & 96.2 MU (Energy) on 10th Oct. As per info from Delhi DISCOMs, there was no outage on account of power shortage,as required amount of power was supplied to them. Power supply position to Delhi in last 2 weeks given below: Power Ministry

9:05 am: People who spread terror don't like the drive against terrorism in J&K, peace that prevailed&development in last 2 yrs. So they carry out cowardly attacks, civilians too were killed: Union Min Anurag Thakur on death of JCO&4 jawans of Indian Army in anti-terror op in Poonch y'day

8:50 am: Further if any State is found selling power in power exchange or not scheduling this unallocated power, their unallocated power may be temporarily reduced or withdrawn and reallocated to other States which are in need of such power: Government of India

8:45 am: States have also been requested to use unallocated power for supplying electricity to consumers of the State & in case of surplus power, States are requested to intimate so that this power can be reallocated to other needy State: Government of India

8:30 am: Keeping in view the Declared Capacity offered to Delhi DISCOMs in last 10 days, Power Ministry issued instructions to NTPC & DVC to secure power supply to Delhi. It'll ensure that Delhi's distribution companies will get as much power as requisitioned by them as per demand: GoI

8:20 am: Keeping in view the Declared Capacity offered to Delhi DISCOMs in last 10 days, Power Ministry issued instructions to NTPC & DVC to secure power supply to Delhi. It'll ensure that Delhi's distribution companies will get as much power as requisitioned by them as per demand: GoI

8:10 am: Delhi: Union Minister Anurag Thakur carries out a cleanliness drive in the area around Humayun’s Tomb, under the month-long 'Clean India' initiative, as a part of Azadi Ka Amrit Mahotsav. 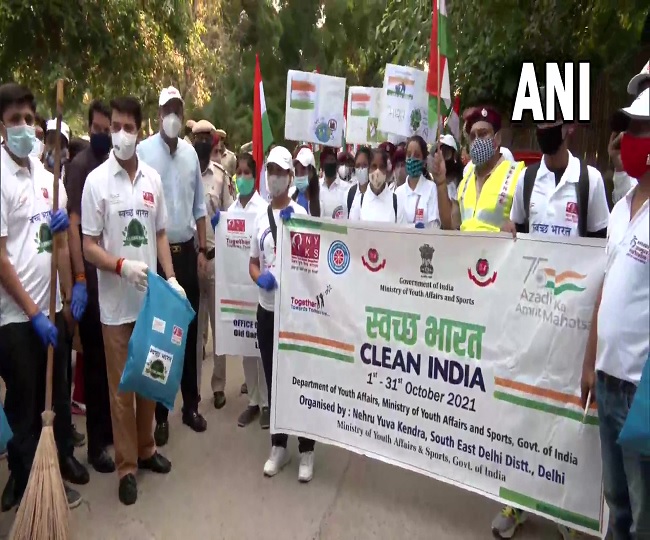 8:00 am: Congress General Secretary Priyanka Gandhi Vadra to visit Lakhimpur Kheri today where she will take part in the 'antim ardaas' of farmers who died in the violence there on October 3rd.

7:50 am: Delhi Commission for Protection of Child Rights Chairperson writes to Delhi Lt Gov requesting him to consider their submissions for schools-anganwadis opening- "Nursery to Grade 8 to open at least 2 days a week & anganwadis at least once a week for all children in staggered form"

7:30 am: A man was killed due to a short circuit in a house that was flooded, in Konappana Agrahara limits of Bengaluru. There were two people in the house, the 2nd person managed to escape unhurt: Dr Sanjeev M Patil, Dy Commissioner of Police - West Division, Bengaluru City

7:20 am: Jammu and Kashmir | An encounter and search operation is underway in Dehra Ki Gali (DKG) area, Rajouri adjoining to Poonch sector where one JCO & four soldiers had lost their lives during a counter-terror operation on Monday.