New Delhi | Jagran News Desk: At Jagran English, we try to focus on all the top news to provide our readers a brief insight of what’s happening around the world and provide them a 360-degree coverage on all genres including politics, business, India, world, sports and entertainment.

Today we will have a special focus on the second informal summit between Prime Minister Narendra Modi and Chinese President Xi Jinping. Xi will arrive in Chennai today. During the meeting, India and China are likely to announce measures to strengthen the relationship between the two nations.

Apart from that, we will have a special focus on the Assembly Elections in Maharashtra and Haryana which will be held on the 21st of this month. The upcoming assembly polls will be the first election in the country after the 2019 Lok Sabha elections.

Here are the highlights of October 11:

15:19 pm: Enforcement Directorate moves a Special Court in Delhi seeking production of Congress leader P Chidambaram in the lNX media case. He is currently in judicial custody in the CBI case of INX media.

15:14 pm: Bail plea of Congress leader Rahul Gandhi accepted by a Gujarat court in the defamation case for calling Home Minister Amit Shah a "murder accused", at an election rally in Jabalpur. Next date of hearing on 7th December.

12:29 pm: Union Home Minister Amit Shah in Maharashtra: In all these years our stand has been that we don't want interference of any other country on Kashmir issue. Be it the US President or anyone else, Modi ji said in clear words that Kashmir is our internal matter, don't interfere in it.

12:13 pm: Delhi High Court issues notice and seeks response from Congress leader P Chidambaram and his son Karti Chidambaram, on a plea of Enforcement Directorate (ED) seeking cancellation of anticipatory bail granted to them in the Aircel-Maxis case. 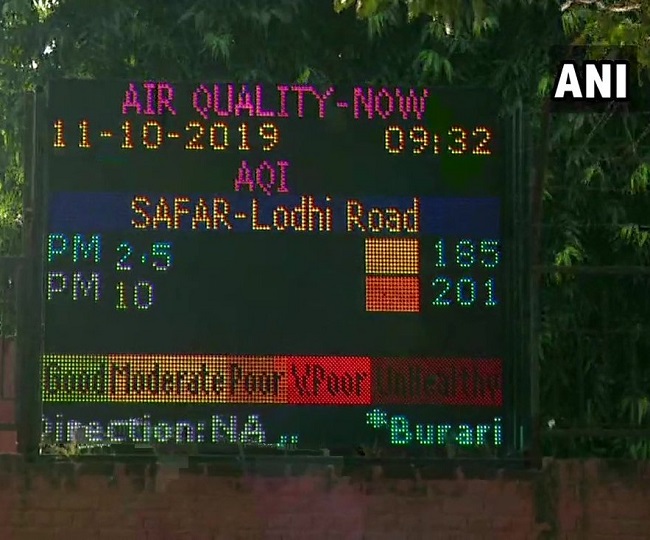 9:10 am: Economic Offences Wing of Delhi Police formally arrests Ranbaxy's former promoter Malvinder Singh. He was detained from Ludhiana yesterday on a complaint given by Religare Enterprises Limited.

8:10 am: Mumbai: FIR registered against unknown people for putting a poster and banner with picture of Narendra Mehta - BJP candidate from Mira Bhayandar constituency, inside a Jain temple without prior permission from EC. FIR registered by an election officer heading EC's flying squad.

7:41 am: Navy and Indian Coast Guard have deployed warships to provide security to the meeting between PM Modi and Chinese President Xi Jinping at Mamallapuram in Tamil Nadu. Navy warship deployed at some distance from shore to provide security from any seaborne threat: ANI

7:27 am: Here's what you can expect from the second informal summit between PM Modi and Chinese President XI Jinping.

7:21 am: Chinese President Xi Jinping to arrive in Chennai today for a second informal summit with PM Modi.