Today Prime Minister Narendra Modi will inaugurate the Kartarpur Corridor and flag off the first batch of 500 Indian pilgrims who travel to Gurudwara Darbar Sahib through the Kartarpur Corridor. He will also inaugurate passenger terminal building, also known as Integrated Check Post, where pilgrims will get clearance to travel through the corridor.

Apart from that, we will focus on all the other top news of the day to give our readers a brief insight of what’s happening in the world and provide them a 360-degree coverage.

Here are the highlights of November 9:

17:06 pm: "It was a really good experience, I hope the Corridor will eventually become a corridor of peace between the two countries," says Punjab CM Captain Amarinder Singh

16:46 pm: Navjot Singh Sidhu at inaugural ceremony of Kartarpur Corridor in Pakistan: I am thanking Modi ji also, it doesn't matter if we have political differences, doesn't matter if my life is dedicated to Gandhi family, I am sending a Munnabhai MBBS style hug to you Modi sahab for this

16:23 pm: Former Punjab Minister Navjot Singh Sidhu addressing inaugural ceremony of Kartarpur Corridor in Pakistan: It is the first time since partition that the boundaries have been dismantled. No one can deny my friend Imran Khan's contribution. I thank Modi ji also for it.

Congress interim President Sonia Gandhi writes to SPG Chief Arun Sinha, says 'On behalf of the whole family would like to express our deep appreciation and gratitude to the SPG for looking after our security and wellbeing with such dedication,discretion and personal care' pic.twitter.com/KOyeHfRC2m 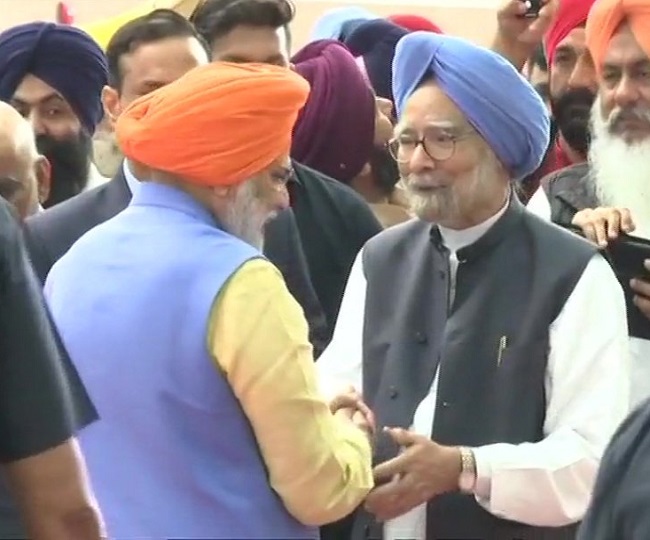 13:08 pm: Home Minister Amit Shah speaks to all Chief Ministers of the country to review the security of states and asks them to take all required measures to maintain law and order, reports ANI.

12:12 pm: After the opening of the corridor it will be easy to take darshans of historic Gurudwara. Guru Nanak Dev is auspicious and inspiration for all the human kind. When Guru Nanak Dev had left Kartarpur nobody knew that he will give a new direction to the society. He gave the message of unity and universal brotherhood: PM Modi at Dera Baba Nanak

12:08 pm: I would like to thank the Prime Minister of Pakistan, Imran Khan Niazi for respecting the sentiments of India. The opening of Kartarpur Sahib corridor before the 550th birth anniversary of Guru Nanak Devi Ji has brought us immense happiness: PM Modi at Dera Baba Nanak

11:23 am: Prime Minister Narendra Modi on Saturday morning paid obeisance at historic Ber Sahib Gurdwara, before heading for Dera Baba Nanak where he will inaugurate the passenger terminal building of the Kartarpur Corridor. 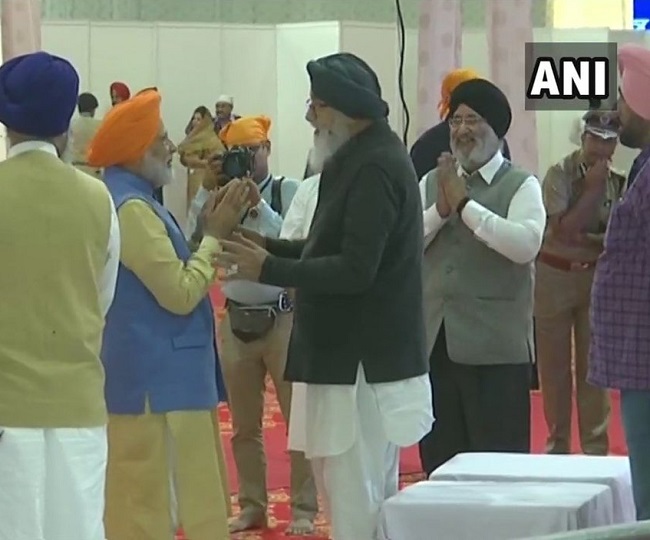 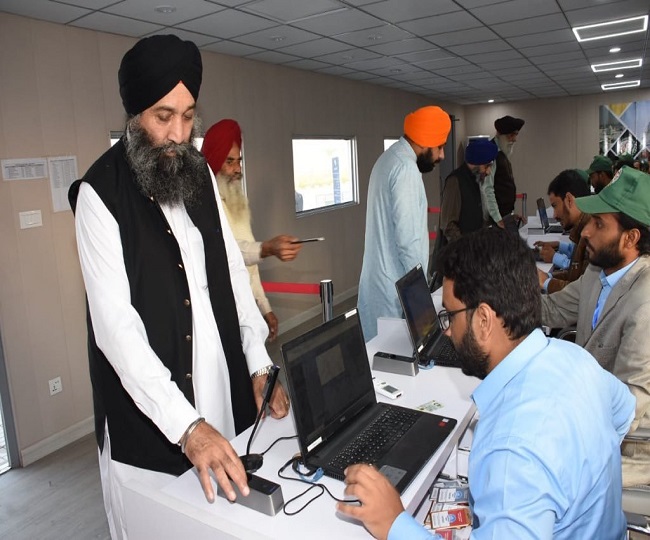 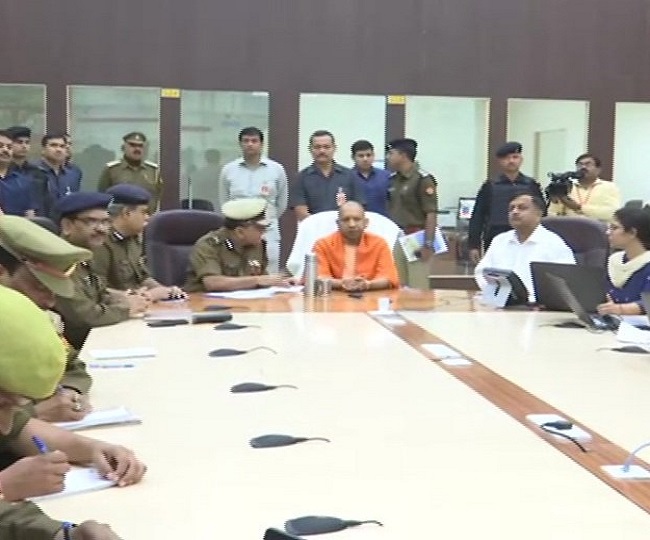 9:57 am: In a few hours from now, Prime Minister Narendra Modi will inaugurate the passenger terminal building of the Kartarpur Corridor which will connect the Dera Baba Nanak in India's Punjab with Darbar Sahib at Kartarpur in Narowal district of Pakistan's Punjab province. 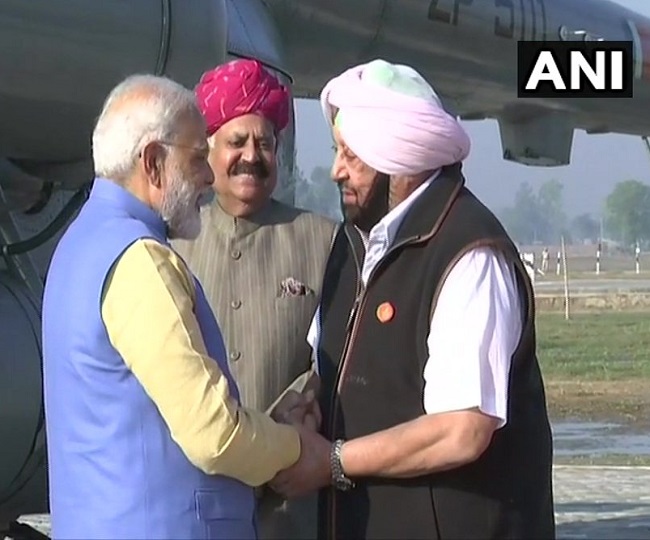 8:51 am: "We have taken confidence building measures, we did around 10,000 meetings across the state with religious leaders and citizens. We are appealing to people of the state to not spread rumors on social media," says UP DGP OP Singh. 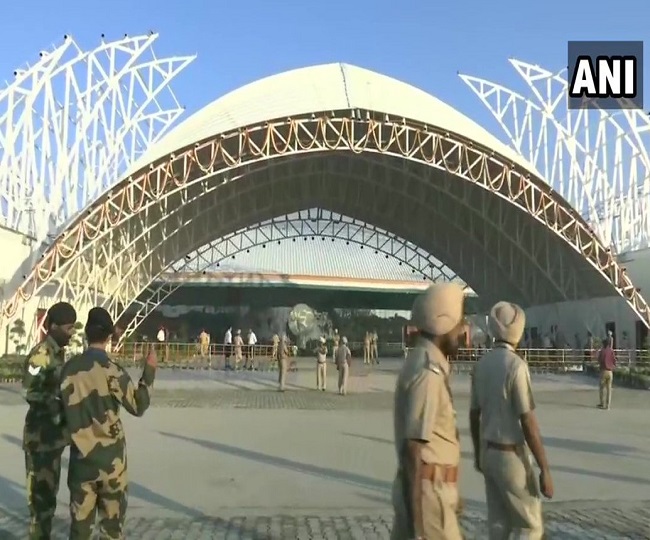 8:00 am: The much-awaited Kartarpur Sahib Corridor, a 4.7 kilometre long passage that connects Dera Baba Nanak Sahib in India's Gurdaspur and Gurdwara Darbar Sahib in Pakistan's Kartarpur will be formally thrown open for pilgrims on Saturday three days ahead of 550th anniversary of founder of Sikhism Guru Nanak Dev on November 12.