13:47 hours: BJP president JP Nadda today spoke about various initiatives of the government including abrogation of Article 370 in Jammu and Kashmir. He also said that the party's vote share in recent polls has increased, says Union Minister Dharmendra Pradhan.

12:59 hours: BJP National Executive Committee meeting has been inaugurated by PM Modi and party president JP Nadda. All participants at the meeting were registered digitally. Around 342 people are taking part in this meeting today, says Union Minister Dharmendra Pradhan.

11:58 hours: It's important that we understand the severity of current air pollution crisis in north India. This is an health emergency situation. Stubble burning is a major contributor to pollution right now, says environmentalist Vimlendu Jha.

Given the air pollution crisis right now, lockdown-like measures of shutting schools, controlling vehicular movement in and around Delhi-NCR should be taken. Perhaps construction activities should be banned for next one week, he added.

8:40 hours: We had sent 32 samples for testing out of which one tested positive for Zika virus. The patient had visited Shivarajpur, Kanpur and stayed at a village there for one night. He complained of cough, cold and fever after returning. 19 samples from his village sent for testing, says Chief Medical Officer (CMO) of Kannauj.

8:28 hours: Just In: Nawab Malik to address press conference today at 10 am.

8:11 hours: It is not an issue for our party. It is may be an issue for the media. He does not have any office bearer post in the party, says BJP national VP Dilip Ghosh.

8:00 hours: Our state unit will speak with the central leadership, there might be some changes after that (in West Bengal unit of the party). For now, we have national executive meeting, happening after a very long time, says BJP national VP Dilip Ghosh.

7:10 hours: At least 25 vehicles - including bikes, autorickshaws and cars - were gutted after a massive fire broke out at Kheda Town Police Station in Gujarat's Kheda district in the wee hours of Sunday. 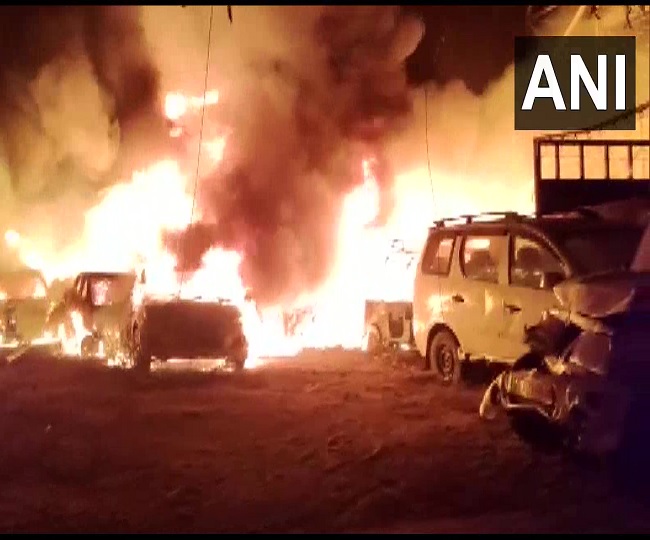