16:11 hours: Just In: 5 labourers died while cleaning a waste water tank of a chemical company in Khatraj village of Kalol in Gandhinagar district of Gujarat, reports ANI.

16:00 hours: Party's national executive meeting tomorrow will commence in the morning with a speech addressed by PM Modi and conclude at around 3 pm. Every member, across the country, will be getting guidelines by PM Modi on how to make the party better, says BJP's Arun Singh.

15:33 hours: Tripura Police have taken up a case against a total of 102 Twitter accounts under the Unlawful Activities Prevention Act (UAPA) for spreading fake and distorted information related to the recent violence that took place at Panisagar, says Tripura police PRO Jyotishman D Choudhary.

The case which was earlier investigated by police is now transferred to the Crime Branch division of Tripura police. The police have been trying to trace the handlers of the accounts, Choudhary added.

15:00 hours: CBSE in a letter has directed school principals to demystify to all the students of Class X and XII appearing in Term-1 examinations, the OMR (Optical Mark Recognition) sheet, reports ANI.

14:35 hours: Before 2017, life support ambulances were not available in hospitals. But now we've given 4-6 ambulances in every dist. From 1947-2017, only 12 medical colleges built in state but we are establishing medical colleges in each of 75 dists within 5 years, says Uttar Pradesh Chief Minister Yogi Adityanath.

12:29 hours: Air pollution kills 15 lakh people every year. A report pointed out that people living in Delhi-NCR loses 9.5 years of their lives because of air pollution. Lung Care Foundation says every 3rd child has asthma due to air pollution, says Environmentalist Vimlendu Jha.

11:58 hours: The Income Tax Department restrained Rs 53.72 crore after a search operation held at the headquarter and one of the branches of an Urban Credit Cooperative Bank located in Maharashtra on September 27, says Central Board of Direct Taxes.

10:31 hours: Former Home Minister of Maharashtra Anil Deshmukh, who was arrested in a money laundering case, is being taken for medical examination from the ED office. A Mumbai court on Tuesday remanded Deshmukh to ED custody till November 6. 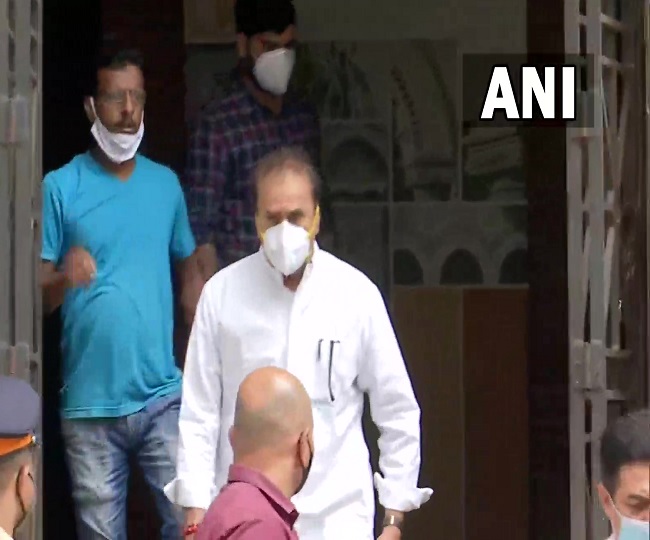 7:37 hours: Delhi's overall air quality continues to be in 'severe' category, with overall AQI standing at 533, says System of Air Quality and Weather Forecasting and Research.

7:21 hours: Akali Dal would move a resolution in upcoming Punjab Assembly session on November 8, demanding arrest of Jagdish Tytler and other Congressmen responsible for the 1984 Sikh massacre and action against Gandhi family at whose instance it was conducted, says Sukhbir Singh Badal.