With the whole country celebrating the Holi, Trinamool Congress (TMC) chief Mamata Banerjee organised a massive roadshow in Nandigram today to gather support for her party for the West Bengal Assembly Elections 2021. Banerjee will face her lieutenant-turned-challenger Suvendu Adhikari from this high profile seat this year.

Here are the highlights of March 29:

16:04 pm: Also Read -- Tamil Nadu Elections: A Raja apologises for his 'offensive' remarks as Palaniswami gets emotional at poll rally

Ahead of #TamilNaduElections2021, seashell vendors & small traders say that they will vote for the party that announces welfare schemes to save them as they struggle to make ends meet due to COVID19

Tamil Nadu will go to polls on April 6th. pic.twitter.com/6pOnJDozPa 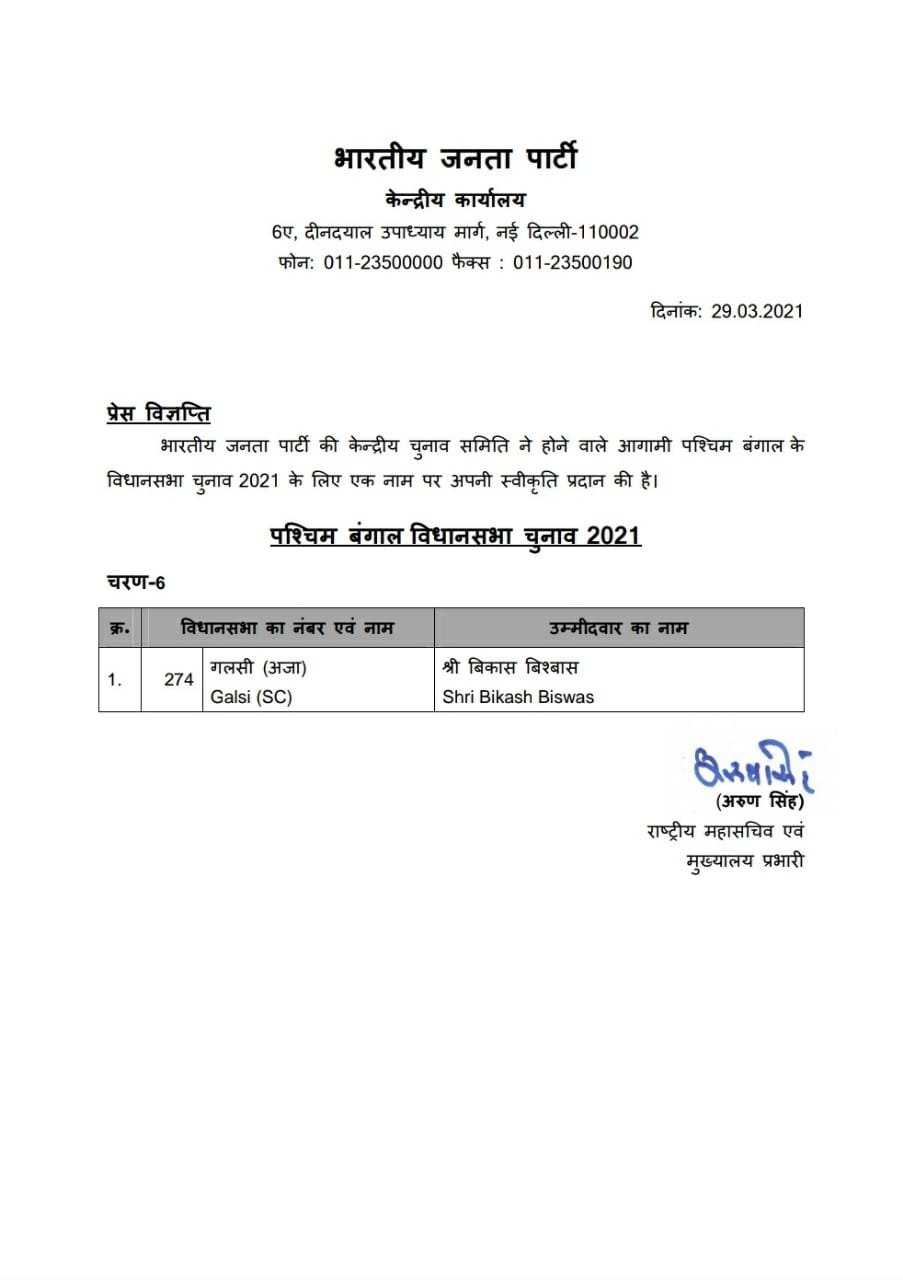 14:45 pm: BJP didn't rake up this issue, it's been existing in society. Christian community is worried about marriages happening in the guise of love, which aims at conversion. Mainstream parties should speak about the issue, says BJP MP V Muraleedharan.

14:15 pm: Too much greed is not good, they (Adhikaris) will be 'na ghar ka ghat ka', says West Bengal Chief Minister Mamata Banerjee.

13:20 pm: Just In: West Bengal: 85-years-old mother of a BJP worker died today morning, a month after she was allegedly beaten up by TMC workers in Nimta area of North 24 Parganas district.

12:20 pm: Entire voting was done in favour of 'poriborton'. BJP will win 30 out of 30 seats in the first phase of the election, says BJP's Suvendu Adhikari.

12:10 pm: We are very keen to implement the Sabarimala rail connectivity project also but when I see the state of various rail projects in Kerala in the Railways, I wonder if they (state govt) will ever allow Sabarimala to be connected, says Union Minister Piyush Goyal in Kochi.

CAA will be implemented, but it does not hurt anyone living in Kerala legitimately. The issue today in Kerala is the corruption of LDF, Gold Scam, persecution of Hindus, he added.

10:33 am: No project in Kerala can be successful without giving commission. This government is not a popular government but a commissioned government, says Union Minister Giriraj Singh in Thiruvanathapuram.

8:56 am: We'll not only ensure NCP candidates' victory but are also going to ensure that the LDF, which we are a part of for the past 40 years, should also win in Kerala. In fact, this will be a record for 2 consecutive terms, says NCP leader Praful Patel in Kochi.

There will be an LDF govt and that itself will show how popular CM Pinarayi Vijayan is and how popular is LDF's work. It also shows that the people of Kerala are taking the right decision in the interest of the development and welfare of the state, he added.

8:35 am: President Ram Nath Kovind extends best wishes to countrymen on the occasion of Holi.

8:15 am: Prime Minister Narendra Modi extends best wishes to everyone on the occasion of Holi.

"Wishing you all a very happy Holi. This festival of joy, happiness, laughter and glee should infuse new vigour and new energy into everyone's life," he tweeted in Hindi.