Here are the highlights of March 2:

11:55 am: Our govt is investing in waterways in a way that was never seen before. Domestic waterways are found to be cost effective and environment friendly way for transporting freight. We aim to operationalize 23 waterways by 2030: PM Modi at Maritime India Summit 2021

11:50 am: India has as many as 189 lighthouses across its vast coastline. We have drawn up a program for developing tourism in the land adjacent to 78 lighthouses: PM Modi during Maritime India Summit 2021

11:39 am: There was an uproar in the state Assembly demanding revocation of the suspension of five Congress MLAs. The MLAs of the party also walked out of the House over the issue. 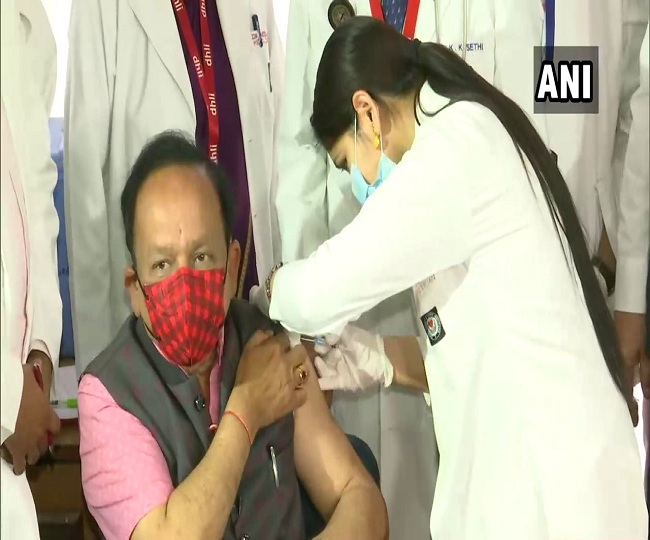 11:10 am: Bombay High Court grants bail to former BARC CEO Partho Dasgupta who is an accused in the TRP scam.

11:00 am: Delhi Court says that it will hear Nikita Jacob's plea, seeking anticipatory bail in the toolkit case, on March 9th. The Court grants time to Delhi Police to file a reply on her anticipatory bail plea.

10:45 am: IndiGo flight 6E 1412 from Sharjah to Lucknow was diverted to Karachi due to a medical emergency. Unfortunately, the passenger could not be revived and was declared dead on arrival by the airport medical team: IndiGo

10;30 am: Mumbai: BJP MLAs protest at the State Assembly against Maharashtra Government, over the issue of power connections of farmers being disconnected due to pending bills.

10:15 am: Kerala: Various trade unions and Owners' associations in the transport sector have called a 12-hour long statewide motor strike, in protest against the rise in fuel prices. Visuals from Kochi where private buses are not plying and some KSRTC buses are plying with few passengers.

9:36 am: Rajya Sabha TV and Lok Sabha TV merged into Sansad TV. Retired IAS officer Ravi Capoor appointed as its Chief Executive Officer (CEO) for a period of one year or until further orders, whichever is earlier.

9:23 am: BJP MP from Khandwa, Nand Kumar Singh Chauhan passed away in Medanta Hospital, Delhi-NCR last night. He had tested positive for #COVID19 and was undergoing treatment here.

9:15 am: Man shot dead in Hathras: Chief Minister Yogi Adityanath directs officials to take strict action in the matter. He has also given directions to invoke National Security Act against all the accused involved in the case

9:00 am: Telangana: MoS MHA G Kishan Reddy takes his first dose of #COVID19Vaccine, at Gandhi Hospital in Hyderabad. The second phase of nationwide vaccination to inoculate people above 60 years of age and those above 45 years with comorbidities, began yesterday.

8:45 am: Police say, "Wife & auntY of main accused and both daughters of deceased had gone to temple. They argued there over the old case. Accused & the man (deceased) came there later, argued & accused shot at the latter who died while being taken to hospital. Teams formed to nab them."

8:15 am: Hathras: A man was shot dead by another man against whom the former had filed a case of molestation in July 2018, in a village in Sasni area yesterday. FIR registered against 4 named accused, 2 of whom have been arrested.

7:50 am: Mumbai: Devotees bow their heads in prayer outside Shree Siddhivinayak Ganapati Temple, on Ganesh Angarki Chaturthi. The Temple Trust has imposed some restrictions in the wake of rising #COVID19 cases here - darshan allowed only on pre-issued QR codes, no offline darshan today

7:40 am: We've started mobile train radio communication. This will help the controller to communicate directly with motorman & guard. Any unusual incidents can be communicated to take quick action. It uses technology similar to airport traffic control: Alok Kansal, Western Railway

7:30 am: We will be presenting the Dharma Swatantrya (Religious Freedom) bill with amendment in the upcoming budget session in Vidhan Sabha: Gujarat Home Minister Pradipsinh Jadeja

7:20 am: Madhya Pradesh: A minor girl was allegedly raped in Gwalior "Accused used to work in shop of victim's father. After incident took place, victim ran to Datia where she came in contact with child protection agency & filed a zero FIR. Accused was arrested here," said police

7:13 am: With effect from 6 am today, revised CNG price in Delhi will be Rs 43.40 per kg; while revised PNG price will be Rs 28.41 per standard cubic metre (including VAT): Indraprastha Gas Limited