Prime Minister Narendra Modi addressed this year's first Mann Ki Baat at 11 am today. This will be the 73rd episode of the monthly radio programme. "Tune in tomorrow, January 31 at 11 AM. #MannKiBaat," Prime Minister Modi said in a tweet on Saturday. In the last episode of Mann Ki Baat, the Prime Minister had said that demand for India made products was increasing across the country, with people supporting the cause of 'vocal for local'. He had urged the industry leaders to ensure that Indian products are world-class.

Here are the LIVE Updates of January 31:

1:30 pm: 1st half of Budget session is for Motion of Thanks on President's Address & discussion. 2nd is for discussion over Budget & any urgent bill. In remaining 2nd half of session, let them ask whatever they want to, govt is ready to answer: Parliamentary Affairs Minister Pralhad Joshi

1:20 pm: Y'day BJP & its spokesperson posted a doctored video of Arvind Kejriwal ji stating benefits of farm laws. I was furious over it but also felt sad for BJP that it had to post a distorted video clip of Arvind ji to establish credibility of the laws: Delhi Dy CM & AAP's Manish Sisodia

12:15 pm: Government is committed to modernising agriculture and also taking many steps in this direction. Government's efforts will continue in the future as well: PM Narendra Modi

12:00 pm: India is observing 'Road Safety Month' from Jan 18-Feb17. Road mishaps are matter of concern for all. Roads built by BRO has innovative slogans like 'This is highway, not runway'. You can also send such slogans/catchphrases on 'MyGov' which will be used in this campaign: PM Modi

11:50 am: At Bowenpally Sabzi Mandi, waste is now being turned into wealth. This is the journey of turning garbage into gold. From there almost 10 tonnes of waste is collected in a plant every day. Also, 500 units of electricity is produced daily apart from about 30 kg biofuel: PM Modi

11:45 am: In sabzi mandis, vegetables rot due to multiple reasons spreading unhygienic conditions. However, traders at Hyderabad's Bowenpally Sabzi Mandi decided to produce electricity out of waste vegetables. This is the power of innovation: PM Narendra Modi during 'Mann Ki Baat'

11:42 am: Made in India vaccine is not only a symbol of Atmanirbhar Bharat but it is also a symbol of its self-pride: Prime Minister Narendra Modi

11:35 am: There is divyang elderly person in Kerala's Kottayam, NS Rajappan. He is unable to walk due to paralysis. But his commitment towards cleanliness hasn't faded. From past several years, he rows his boat in Vembanad Lake&clears plastic bottles. Imagine, how lofty are his ideals!: PM

11:26 am: We are not only running the world's biggest vaccination drive but we are also the fastest in vaccinating our citizens: PM Narendra Modi

11:24 am: A few days back four Indian women pilots commanded a direct flight from San Fransisco in the US to Bengaluru. The flight, covering a distance of over 10,000 km, brought over 225 people to India. Be it any field, the participation of nation's women is continuously increasing: PM Modi

11:20 am: I call upon all the countrymen & especially our young friends, to write about our freedom fighters, events associated with it & write books about tales of valour during freedom struggle from their areas: PM Modi during 'Mann Ki Baat'

11:17 am: Now that India is going to celebrate 75 years of its independence, your writings will be an ideal tribute to the heroes of freedom movement: PM Modi during 'Mann Ki Baat'

11:15 am: You must have noticed about the vaccination programme that India is able to help others because India today is self-reliant in the field of medicines and vaccines: PM Narendra Modi during 'Mann Ki Baat' radio programme

11:10 am: This month, we got good news from the cricket pitch. After initial hiccups, the Indian team bounced back gloriously and won the series in Australia. Our team's hard work and teamwork was inspiring: Prime Minister Narendra Modi during 'Mann Ki Baat'

11:05 am: The nation was shocked to witness the insult of the Tricolour on January 26: PM Narendra Modi at 'Mann Ki Baat'

10:40 am: Guidelines will be announced regarding their functioning soon: Union Minister of Information and Broadcasting, Prakash Javadekar

10:00 am: Names of soldiers who lost their lives in the Galwan valley clash on June 15 last year have been recently engraved on the National War Memorial in New Delhi. 20 soldiers including Colonel Santosh Babu had lost their lives in clash with Chinese troops in the Eastern Ladakh sector

9:45 am: Expelled AIADMK leader VK Sasikala will be discharged from Victoria Hospital in Bengaluru, Karnataka today; Last week, she was admitted with the complaint of fever and later tested positive for COVID-19.

9:30 am: Madhya Pradesh Chief Minister Shivraj Singh Chouhan launches Pulse Polio Programme in the state by administering polio drops to children less than five years of age at an event in Bhopal. "Our target is to administer the polio drops to 1 crore and 11 lakh children," he says. 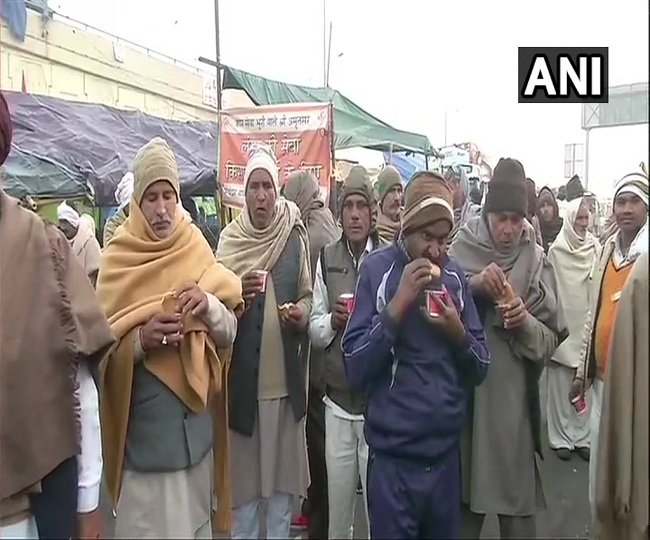 9:00 am: We plan to control/limit the number of new #COVID19 cases in Kerala by enforcing social distancing in public places. We have also made announcements using police vehicles. After issuing warnings for 1-2 days, we'll take stringent action: Malappuram SP Abdul Karim (30.01.2021)

8:45 am: Customs officers at Karnataka's Mangaluru International Airport yesterday recovered 0.587 kg of gold of 24k purity worth Rs 30 lakhs from a resident of Kasargod, Kerala who arrived from Dubai. He had concealed the gold in paste form in his rectum: Customs Department 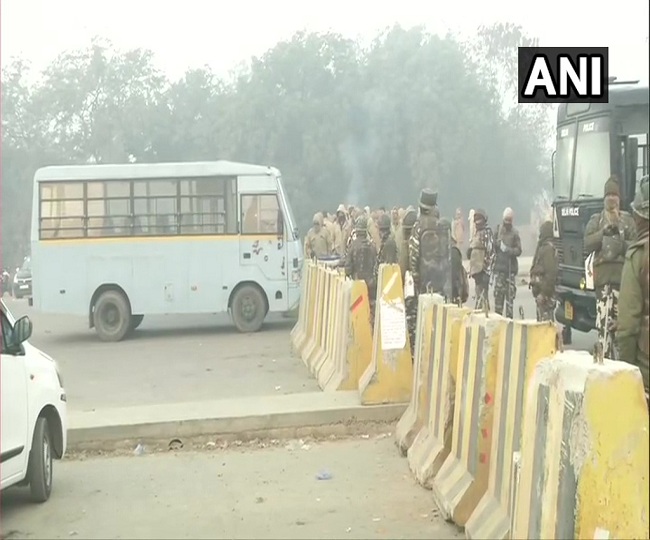 7:15 am: We have intensified patrolling in the areas including Mcleodganj & Dharamkot with Israeli population. Mcleodganj Police Station has been put on alert to cope with any situation if it arises: SSP Kangra Vimukt Ranjan