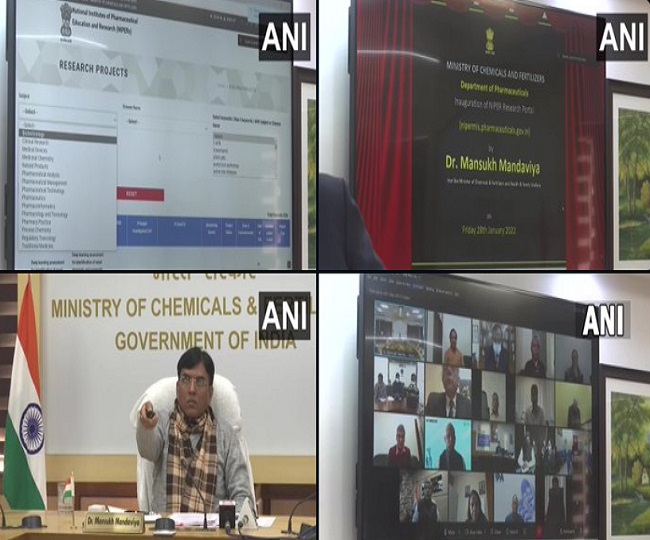 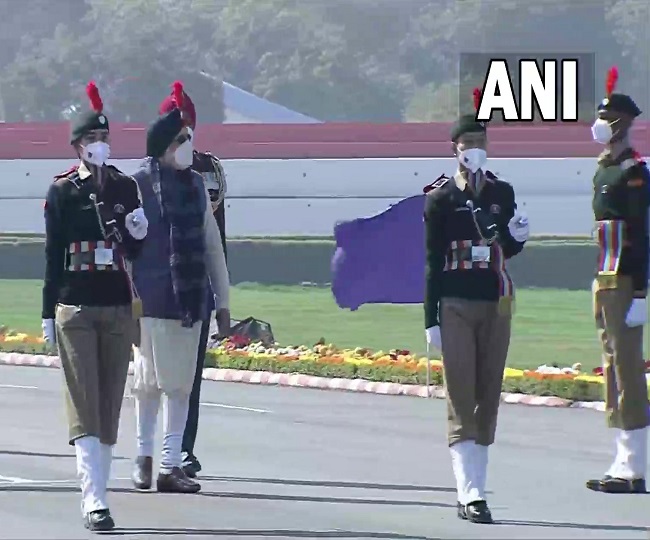 11:45 hours: COVID situation is normal. There're fewer deaths and hospitalization. We will take stricter action in the coming days including barring the entry of unvaccinated people into government offices; will take a decision soon on reopening of schools, says Rajasthan Health Minister Parsadi Lal Meena.

11:08 hours: Supreme Court stays for three weeks the order of directing winding up proceedings against SpiceJet after the airline claimed that it is looking to settle the dispute over its outstanding dues with Credit Suisse.

10:45 hours: Supreme Court quashes one-year suspension from the Maharashtra Legislative Assembly of 12 BJP MLAs while terming it unconstitutional and arbitrary. MLAs were suspended for one year for allegedly misbehaving with the presiding officer.

10:31 hours: I announce my withdrawal as Goa TMC candidate from Fatorda and hand over the baton to a young woman, a professional. That has been the policy of the party - to empower the women, says Luizinho Faleiro.

I've taken this decision after consulting our party's national chairman because I would like to fight and campaign all over Goa for all the TMC candidates so that they can perform well, he adds.

10:21 hours: India and Philippines to sign the USD 375 million deal for sale of BrahMos supersonic anti-ship cruise missile to the Philippines Navy today. The top defence brass of Philippines would be present on the occasion while India would be represented by its Ambassador, say government officials.

9:38 hours: BSF in an encounter seized 47 Kgs of heroin along with arms and ammunition from Chandu Wadala post in Punjab's Gurdaspur. A soldier was also injured, says BSF.

9:15 hours: Supreme Court to pronounce today its judgement on the issue of the grant of reservation in promotion to the Scheduled Castes (SCs) and Scheduled Tribes (STs) in government jobs.

8:45 hours: Also Read - Jagran Explainer: What is ACE2 protein nano-bubble therapy and why is it significant for pandemic to end

7:39 hours: PM Modi will address the National Cadet Corps (NCC) PM Rally at Cariappa Ground in the national capital on Friday at 12 noon.

7:15 hours: A fire broke out in a furniture godown in Sumaras Chamunda Complex of Bhiwandi area in Maharashtra's Thane. 4 fire vehicles present on the spot engaged in controlling the fire. No casualties have been reported yet, says Bhiwandi Fire Department.

7:10 hours: Union Health Minister Dr Mansukh Mandaviya to hold review meeting today with southern states, UT's over COVID-19 situation. The meeting, which will be held virtually, will begin at 2.30 pm.

PLT IN SECOND = 0.002497237
Jagran English brings you all the latest and breaking news from India and around the world. Get live English news from India, World, Politics, Entertainment, Lifestyle, Business, Education, Sports, Technology, and much more. Follow english.jagran.com to stay updated with the latest English news.
Copyright © 2022 Jagran Prakashan Limited.