Today we will focus on the coronavirus pandemic. The Union Health Ministry has announced that vaccination against the deadly pathogen will begin from January 16, adding that priority will be to healthcare staff and frontline workers. PM Modi will also hold a meeting with CMs and represetatives of all states and UTs on Monday to discuss coronavirus vaccination across the country.

Here are the highlights of January 10:

15:53 pm: Centre has been proactively carrying activities towards preparing for nationwide roll-out of COVID vaccine. Ministry today held a video conferencing with administrators from states and UTs on CoWin software which forms backbone of last mile vaccine administration, says Ministry of Health and Family Welfare.

15:52 pm: All the passengers and crew members are asymptomatic. 4 passengers have been isolated at airport premises. We are waiting for their reports, says Karnataka Health Minister Dr K Sudhakar.

14:59 pm: Prime Minister Narendra Modi expresses grief over the loss of lives in a plane crash in Indonesia.

"Deepest condolences to the families of those who lost their lives in the unfortunate plane crash in Indonesia. India stands with Indonesia in this hour of grief," he tweeted.

14:24 pm: Just In: Security cover of Devendra Fadnavis, Leader of Opposition in state Assembly, MNS Chief Raj Thackeray and others have been reduced by Maharashtra government. While security cover of some BJP leaders including state chief Chandrakant Patil, Sudhir Mungantiwar have been removed.

Delhi: Toxic foam floats on the surface of river Yamuna.

12:41 pm: Total number infected with new strain of coronavirus from United Kingdom stands at 90; no addition in the last 24 hours: Ministry of Health and Family Welfare

12:41 pm: I am going to discuss the political situation in Karnataka as well as the recent Gram Panchayat poll results with Union Home Minister Amit Shah and other party leaders. I will also try to meet BJP President JP Nadda, says Karnataka Chief Minister BS Yediyurappa. 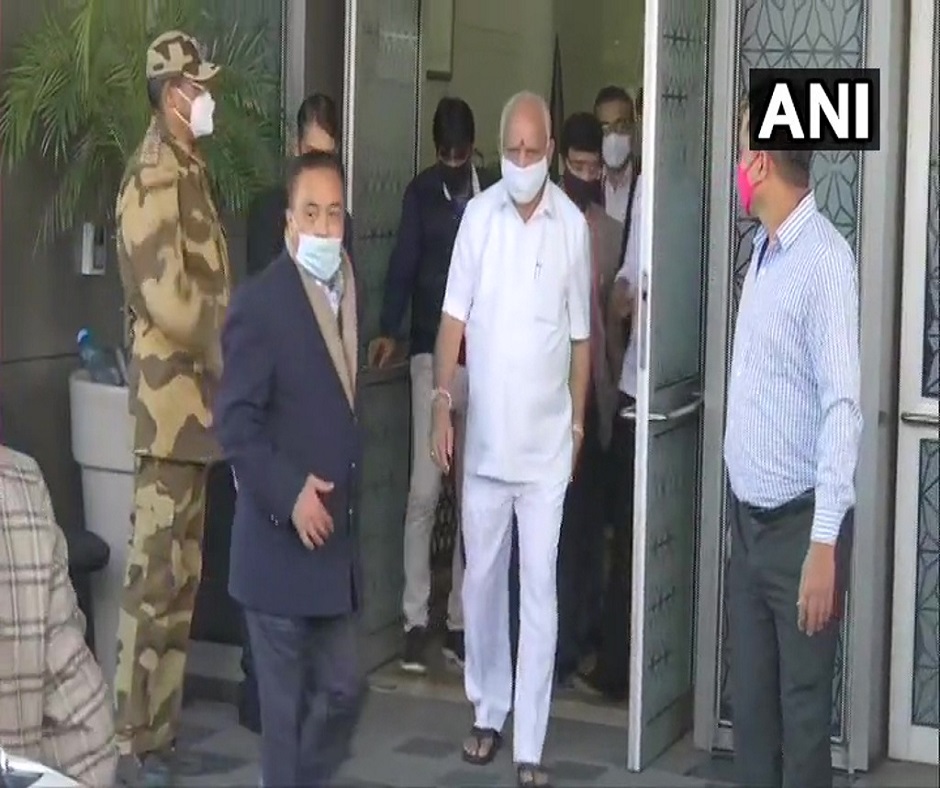 11:43 am: We expect to vaccinate around 4.5 lakhs people in the first phase of vaccination in state. So far, we have trained more than 18,000 people, says Rajasthan Health Minister Raghu Sharma.

11:12 am: I am happy to announce that our government is making arrangements to facilitate the administration of COVID-19 vaccine to all the people of the state without any cost, says West Bengal Chief Minister Mamata Banerjee.

10:15 am: Central Bureau of Investigation (CBI) arrests two accused in an on-going investigation of a case related to the alleged sale or purchase of child sexual abuse material over Instagram and other social media platforms, the agency said in a statement.

Both the arrested accused were produced before the Competent Court at Saket, New Delhi, and have been remanded to Judicial Custody up to 22 January, it added.

9:09 am: Candidates of by-polls of Lok Sabha and Assembly constituencies will be discussed with senior party leaders and will also inform about recent Gram Panchayat poll results. A plan to expand state cabinet will also be discussed, says Karnataka Chief Minister BS Yediyurappa before leaving for Delhi.

8:43 am: Chilla and Ghazipur borders are closed for traffic coming from Noida and Ghaziabad to Delhi because of farmer protests. Please take an alternate route for coming to Delhi via Anand Vihar, DND, Bhopra and Loni borders, says Delhi Traffic Police

8:08 am: Indonesian rescuers have pulled out body parts, pieces of clothing and scraps of metal from the Java Sea, a day after a Boeing 737-500 with 62 people on board crashed shortly after takeoff from Jakarta, reports The Associated Press.

There may be terrorists, robbers and thieves among them and they may also be enemies of farmers. All these people want to ruin the country. If government doesn't remove them from the agitation sites, then bird flu can become a big problem, he added.

7:40 am: 5 more cases of new strain of coronavirus have been detected in Meerut, taking total cases of the strain in the district to 9, says District Magistrate K Balaji.